K. Michelle Claps Back On Her Butt Falling Out Of Place In Viral Video 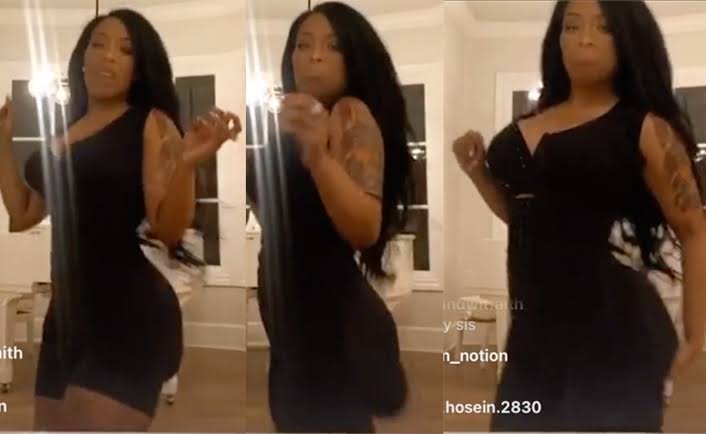 When singer K. Michelle decided to make a video flaunting her “hot body”, she obviously didn’t anticipate her booty snitching. Fans and audience had a wild time talking about her butt falling out of place in the video, to the utmost chagrin of the singer. 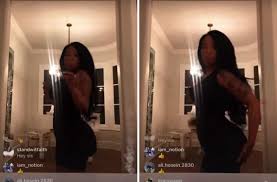 In the video, K. Michelle is dancing for her fans on IG Live when it looks like her butt is making unauthorized movements. She grabbed them on the ground before abruptly ending the live stream.

The clip of that moment has since gone viral and folks on social media had it tough; until she fired off a series of tweets on Wednesday morning expressing that she didn’t appreciate people making her the butt of the joke.

She reminded people that the cosmetic procedures she was going through almost killed her.

“The video in which I dance is sad that I even have 2 explanations. I showed you how difficult it is to remove silicone from my body for 3 years / 16 operations. Didn’t we forget that I almost died? Now I’m in three reconstruction steps, ”read K. Michelle’s first tweet.

“What you saw in the video was a happy woman with a faja and my extra fat! I was very open so that I can heal women. I didn’t have to tell anyone and could have covered it up until the process was complete, but NO. Women need to see and hear the truth. I decided to use my platform to help. “

She specifically called on back women to make fun of their own.

“I didn’t bother anyone I avoided. What I don’t understand is what the purpose was or what was so entertaining about a woman that I can finally walk from the distance again with EXTRA fat Comments and of course it was black women who were filled with so much hate “, tweeted K.