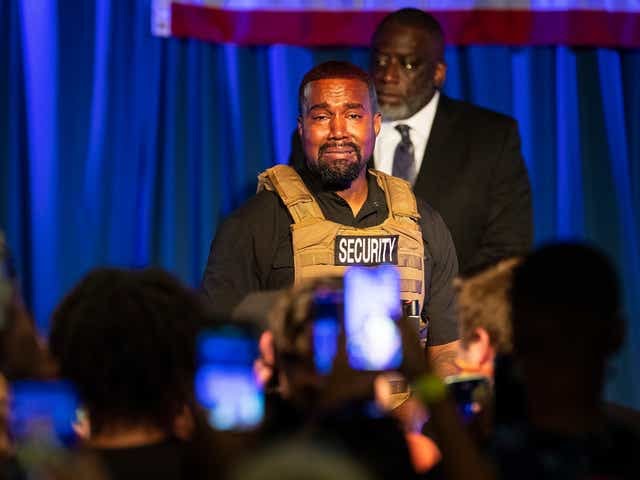 Rapper Kanye West, who announced his intent to run for president on July 4; hosted his first, political campaign rally Sunday night in South Carolina. He is seeking to qualify for the ballot in that state as an independent candidate.

Wearing a flak jacket marked “security” and “2020” shaved into his head, West strolled the stage at the Exquis Event Center in North Charleston and spoke without a microphone, according to livestream videos of the event for registered guests posted online.

During one controversial moment, West, 43, claimed abolitionist Harriet Tubman “never actually freed the slaves. She just had the slaves go work for other white people.”

Kanye said this and I left immediately. I went for a laugh and I got one. But when it got disrespectful for me it was over. pic.twitter.com/nNqjUp03mu

Tubman is one of the most respected figures of 19th century America. An African American who escaped slavery, she helped enslaved Black men and women travel north to freedom and fought for the Union during the Civil War. She later became a supporter of women’s suffrage.

But a message from God changed his mind and, in a telephone call, Kardashian told him: “We’re going to have this baby,” said West. The couple gave birth to their first child, daughter North, in 2013.

“So even if my wife were to divorce me after this speech, she brought North into the world, even when I didn’t want to,” West said. “She stood up, and she protected that child.”

West said his own mother, Donda West, had made the same choice when she was pregnant with him more than 43 years ago. “My dad wanted to abort me. My mom saved my life. There would have been no Kanye West, because my dad was too busy,” said West, breaking down into tears. 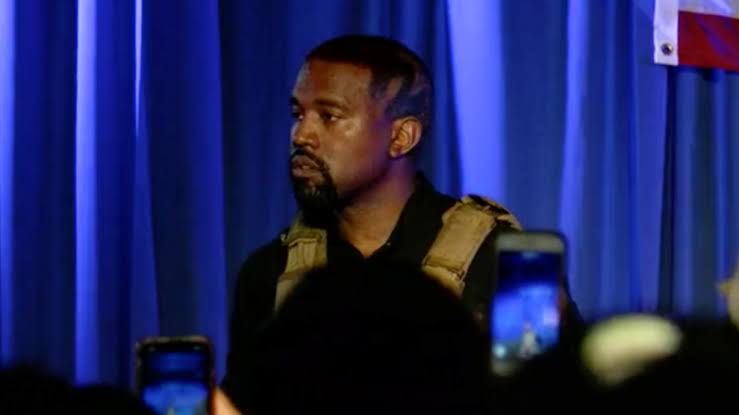 “I almost killed my daughter,” he said, sobbing.

The abortion discussion with the audience was contentious, with one spectator taking to the stage to argue when West said, “No more Plan B — Plan A.”

West clarified he would fight to keep abortion legal, but outlined an option he called “maximum increase.”

“The maximum increase would be everybody that has a baby gets a million dollars or something in that range,” said West. “If you had opportunity to be given a million dollars, just for being pregnant, would you have considered it? And then everybody would start having children, the greatest gift of life.”

West needs 10,000 signatures by noon Monday to appear on South Carolina’s ballot for the Nov. 3 election. He has urged followers on Twitter to aid the cause. West’s campaign last week filed the required paperwork to appear on the ballot in Oklahoma, but the campaign has missed the deadline to appear on many state ballots, including key states like Florida and Texas.

In federal campaign forms filed last week, West listed his party affiliation as “BDY.” West said in a July 8 Forbes interview that he was running for president in 2020 under a new banner — the Birthday Party.