Kazungula Bridge: Zambia And Botswana Have Jointly Built A Bridge To Boost Their Economic Activities 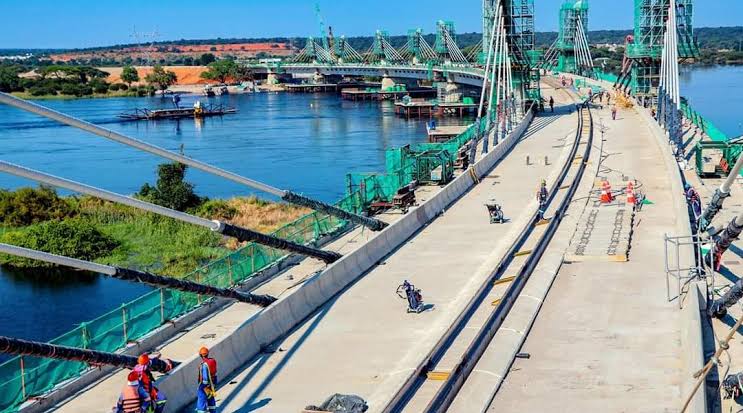 With the growing campaign for Africa’s unity, more and more countries have being making collective efforts to open connections with each other and trade with ease. And recently Botswana and Zambia have built a connecting bridge, named the Kazungula Bridge.

The two countries have jointly constructed a 923 meters long bridge to improve access and boost trade activities. Its strategically located at a location where Namibia, Zimbabwe, Zambia and Botswana intersect; and will significantly improve the trade infrastructure of the Southern African Development Community (SADC).

The impact of this transport facility will be extended to the continent at large due to the fact that, the bridge falls within the North-South transport corridor, a trade route that spreads from the Democratic Republic of Congo all the way to the port of Durban in South Africa. The network links eight economies that collectively account for 40% of south Saharan Africa’s Gross Domestic Product (GDP).

Prior to the construction of the Bridge, pontoons were used to ferry humans, vehicles food and other products across the river; sometimes, these ferries breakdown, delaying activities. However, the introduction of the Kazungula bridge will ease access; deal with these delays and uncertainties and as well, smoothen trade activities in the region. 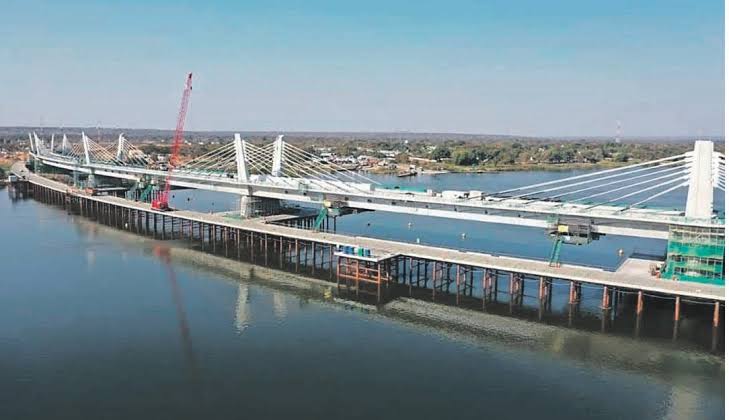 Godfrey Songeya who is the manager of the project stated that; “we want to ensure that, the transit time that is being spent by traders who are using this road is reduced tremendously.” He added that, with a one stop concept, users will not have to stop twice before entering another country. This boosts the time saving goal.

The African Development Bank is funding the Kazungula bridge as part of its strategy to enhance productive capacity towards the enforcement of regional integration and growth; moreover, governments of the two countries bare financial commitments. Already, the construction of the bridge created jobs for about one thousand youth.

The project which has since been completed was earlier inspected by President Emmerson Mnangagwa of Zimbabwe, Seretse Khama of Botswana; and Edgar Lungu of Zambia. Currently, all is set for the grand opening of the facility for public use.