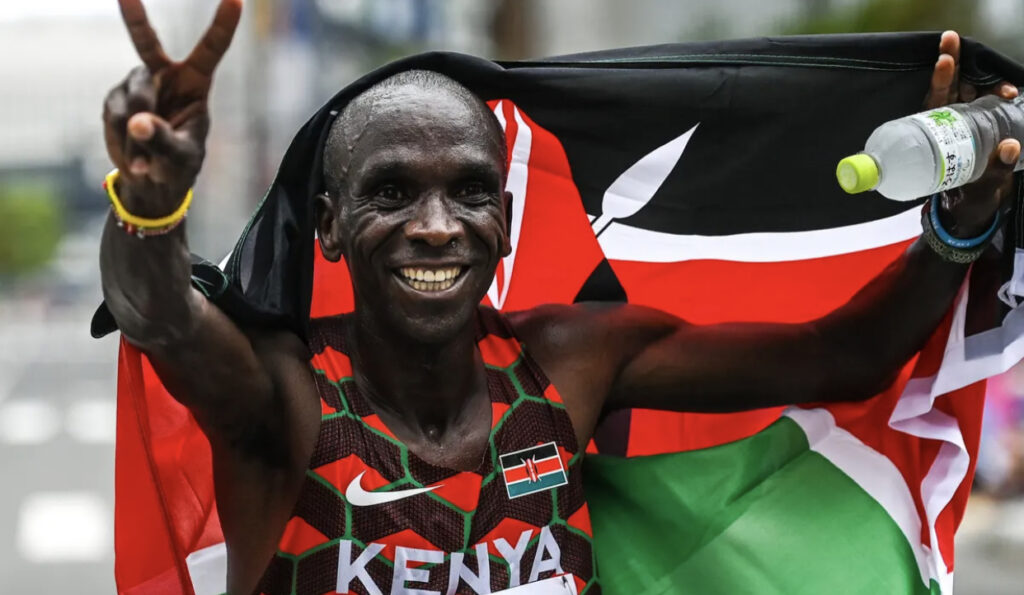 36 year old Eliud Kipchoge, of Kenya won his second consecutive Olympic marathon on Sunday in 2 hours 8 minutes 38 seconds; reaffirming his status as the greatest runner in history over the distance of 26.2 miles. Kipchoge finished 80 seconds ahead of the silver medalist, Abdi Nageeye of the Netherlands, who ran 2:09:58; while Bashir Abdi of Belgium took bronze in 2:10:00. 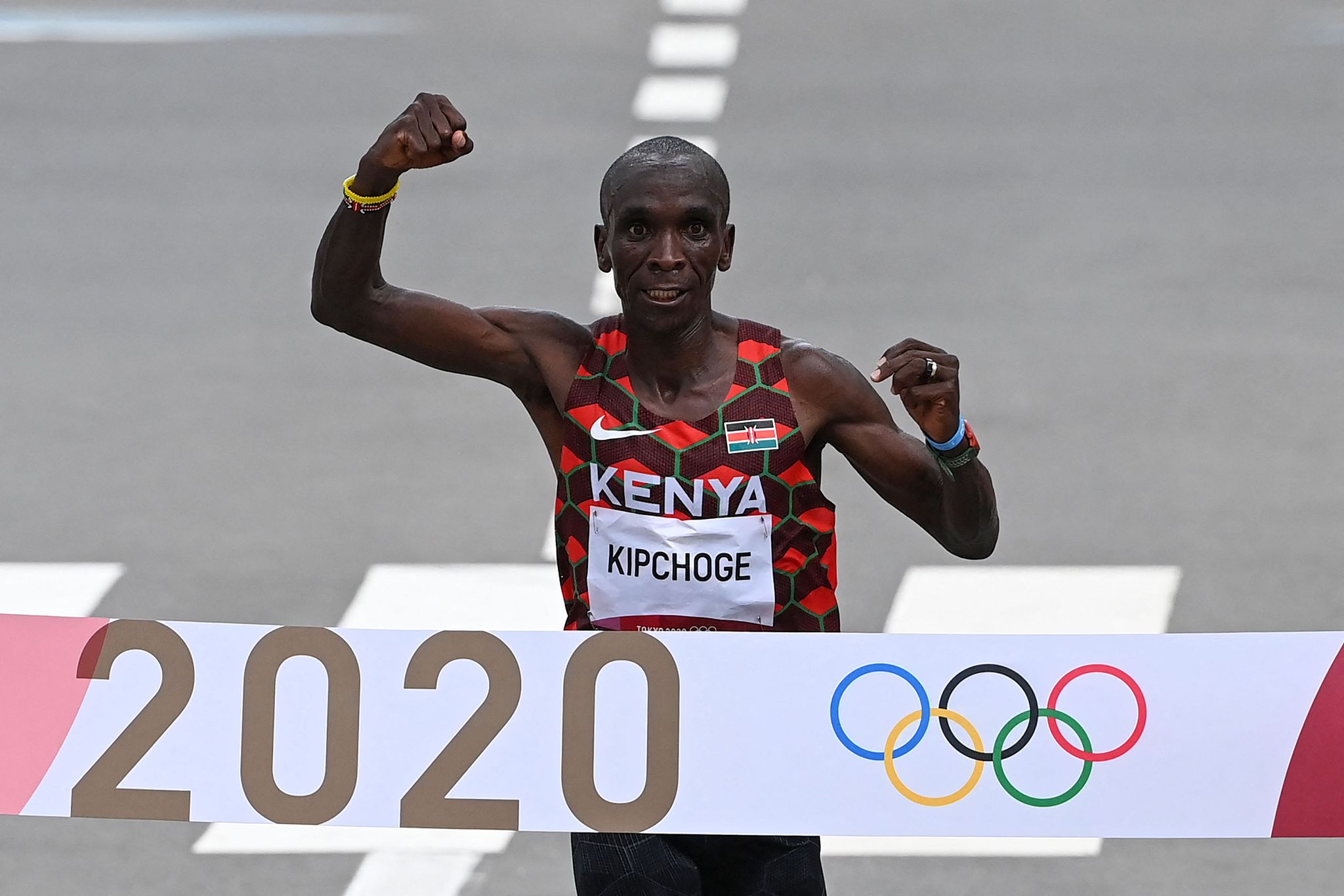 The race was held in Sapporo, Japan, 500 miles north of Tokyo, in an attempt to offer the athletes some reprieve from the severe heat and humidity in the capital. Still, the conditions were oppressive, with a temperature of 78 degrees Fahrenheit and the relative humidity at 86 percent at the start.

According to Nytimes, Galen Rupp, 35, the American who won a bronze medal in the marathon at the 2016 Olympics in Rio de Janeiro; shadowed Kipchoge for the first 17.5 miles. At that point, Kipchoge gestured for Rupp to assist by running at the front. Rupp smiled but did not respond, and a seemingly annoyed Kipchoge began to pull away; taking charge of the race and running alone for the final eight-plus miles. Rupp drifted back to eighth place in 2:11:41.

“I think I fulfilled the legacy by winning the marathon for the second time. That’s my total happiness, my inspiration for the next generation.” Eliud Kipchoge told Reuters after the race. 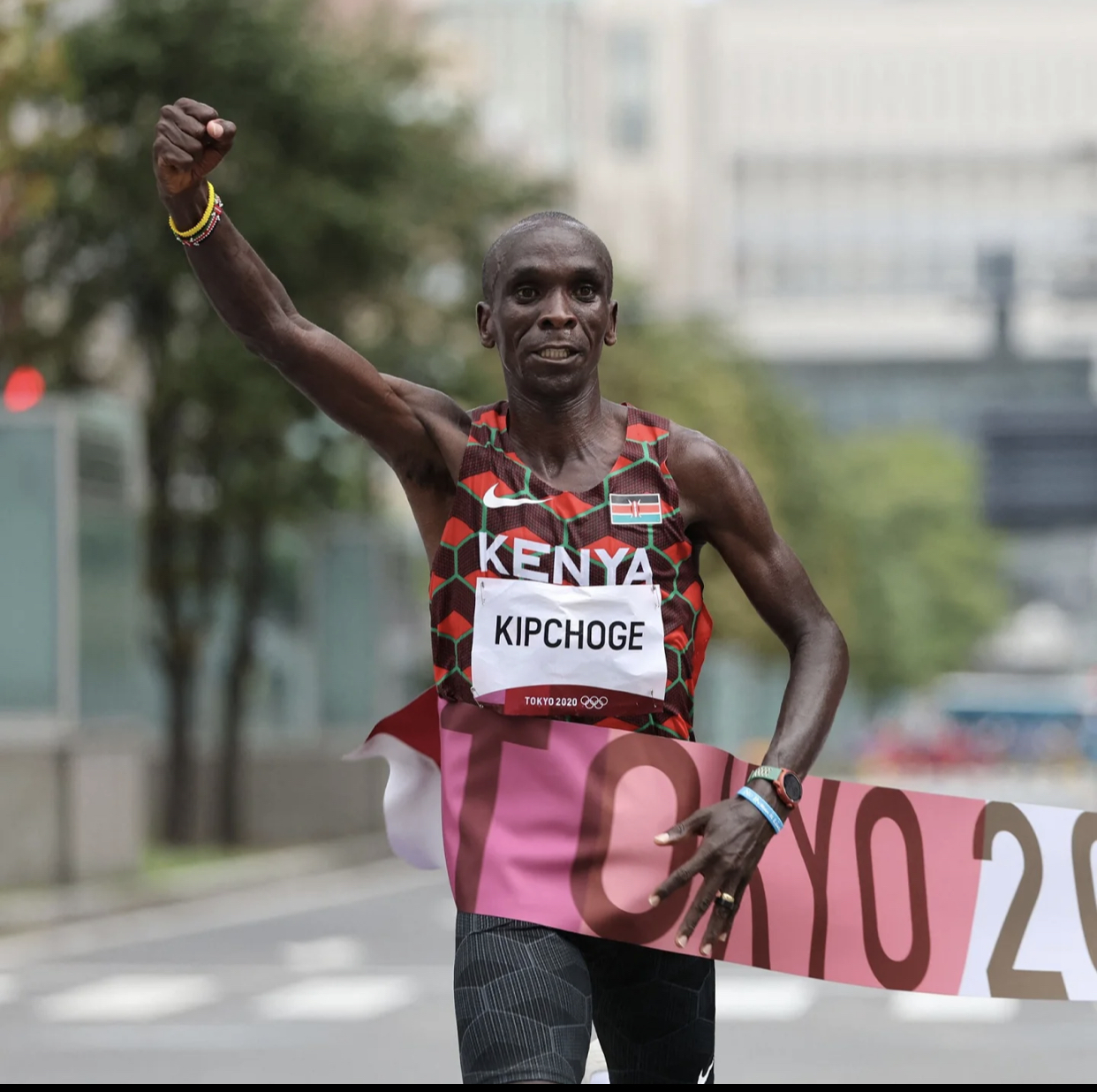 The dominant success of marathon runners from the East African nations of Kenya and Ethiopia has, in an unfortunate way; made them largely nameless, their regular triumphs often viewed as identical, interchangeable. But Kipchoge has stood out for his speed and consistency, his pioneering achievement and his philosophical nature.

Although a millionaire, Eliud Kipchoge is known to live an ascetic lifestyle while training with his running group at altitude in Kenya; living apart from his family, chopping vegetables for communal meals, cleaning toilets, hand-washing his gear and drawing water from a well.