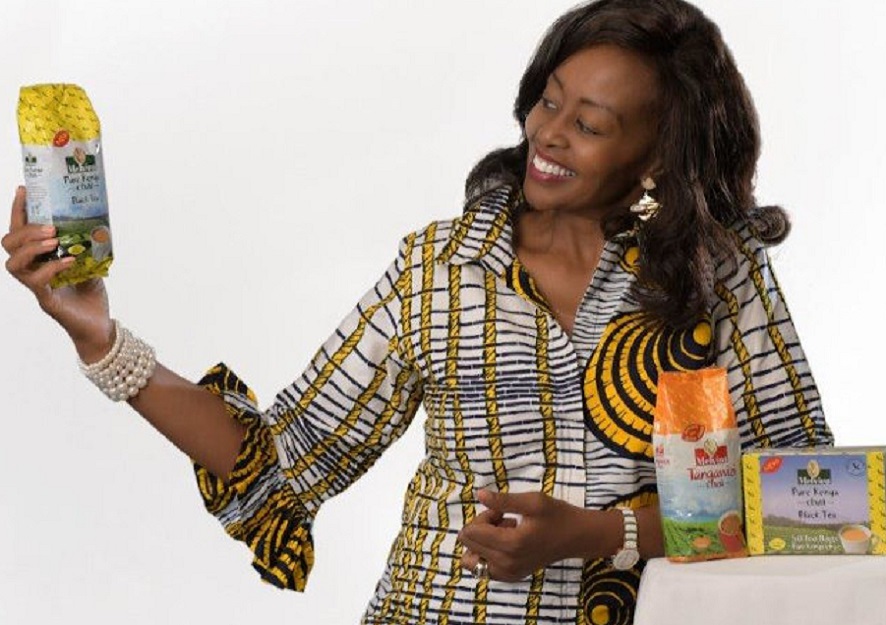 Flora Mutahi quit her job as an auditor to pursue her dreams in entrepreneurship- processing and branding tea; a venture with zero motivation at the time in Kenya, especially for women in the 1990s. Nonetheless, Mutahi persevered despite the lack of support from her family to start her own business.

Mutahi started with establishing Kenya’s first free-flowing salt (with anti-caking additives) under the brand name of Melvin Marsh International. She had no technical skills on salt production and to get the best product on the market, she partnered a local university to assist in the salt processing.

The first order of 1,200 packets of salt, came from a local hotel and they made payment after 90days; that news shattered her.

“It sounded like a lot but really it wasn’t,” she tells howwemadeitinafrica. “I was so green in business. When I delivered the salt to the hotel, I thought I would get paid the next day but it took them 90 days to pay.”

It left her shocked and she knew to survive in a world that give men priority over women, she has to change her game.

In 1994, a conference of players in the tea industry was organized. “These men challenged me and said: ‘You do not just wake up one morning and go against a monopoly,’” Mutahi said of her participation in the conference which was dominated by men.

The tea is sourced from farmers locally,  proceeds to a factory for processing.

“We mill our ingredients from scratch and work with out-growers for our flavors such as camomile and lemongrass; we don’t use artificial preservatives or flavors. Our expertise is in the blending and the flavoring,” she said.

Within two years, she developed two tea brand products, ginger-flavored tea and a premium tea, which were all listed in big supermarkets in Kenya. And by 1997, she had developed four more flavors to gain entry into an export promotion program offered by a British fund which was unsuccessful.

However, that did not deter her as the new flavors sold out in local markets. In 2004, she achieved a breakthrough: she successfully shipped a consignment of her tea product to the US and later to Japan. Its other export markets include Rwanda.

Mutahi also plans to launch in West Africa while hoping to take advantage of the African continental free-trade zone to sell across the continent.

In 2017, she received an award for best female CEO in the top 100 mid-size companies.

Today, Melvin Tea ranks third in the Kenya market and also has an e-commerce platform where people can place orders online.