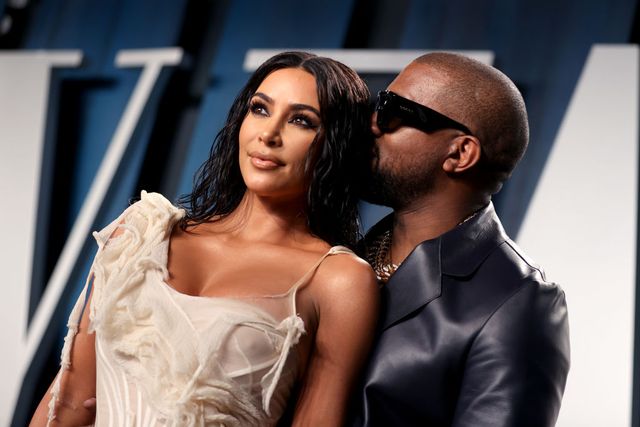 After weeks of anonymous sources sharing details about their separate lives, Kim Kardashian has filed for divorce from Kanye West, according to TMZ. Their sources claim the divorce is “as amicable as a divorce can be,” and Kardashian is seeking joint physical and legal custody of their children; which West has agreed to. According to TMZ’s source the couple is “far along in reaching a property settlement agreement” as well.

Last month, it was reported that the divorce would be part of the upcoming final season of; Keeping Up with the Kardashians,whether West is happy about it or not.

Page Six had reported on January 5 that a divorce was “imminent,” and anonymous sources have weighed in since on how Kardashian, while “stressed,” was also ready to move on. Though the couple, who married in 2014, never confirmed the rumors; plenty of evidence suggested they were in the process of breaking up, including reports that; West had moved some of his stuff out of their Calabasas mansion while Kardashian was on vacation in Turks and Caicos.

The couple first met in “2002 or 2003,” according to Kardashian during KUWTK’s 10th anniversary show. She was working for the rapper Brandy as an assistant at the time. It was, at least for Ye, something like love at first sight. “I just knew I wanted her to be my girl for a long time,” he said on Ryan Seacrest’s radio show On Air With Ryan Seacrest in 2013, after they got engaged in San Francisco. “I remember I saw a picture of her and Paris Hilton, and I remember telling my boy; ‘Have you seen that girl Kim Kardijon?’”

The wedding was a massive multiday event, with a bachelorette party in Paris and a rehearsal dinner in Versaille; before they flew their guests to Florence for the ceremony. She wore Givenchy, designed by Riccardo Tisci, and Vogue shared the details of the wedding in its infamous 2014 cover story.