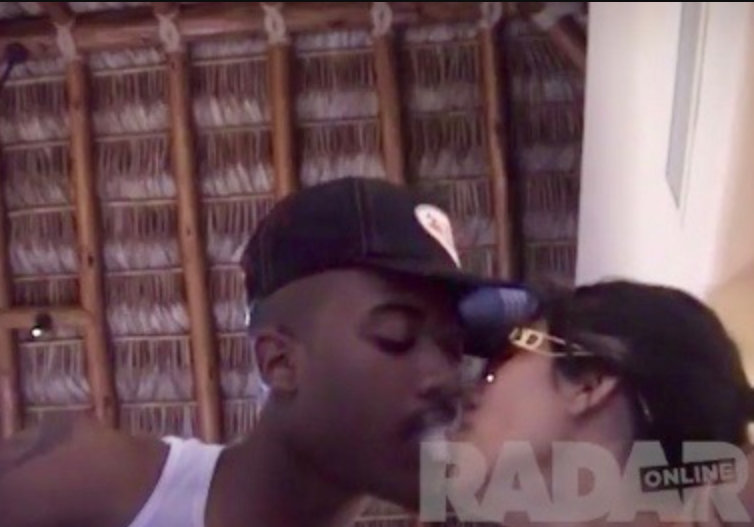 And… kim k made the headlines again! this time not for her curves, glowing skin or fashion, but because, another skeleton in her cupboard has been discovered!

A newly leaked video of Kim Kardashian smoking a penis pipe with her ex-boyfriend Ray J has surfaced online.

The video obtained by Radar Online was released just days after Kim claimed during a recent episode of Keeping Up With The Kardashians, that she was on ecstasy when she filmed her infamous 2003 sex tape with Ray J.

In the video, the pair had a smoked out of a pipe shaped like a penis in a room.

“This is what I got for Simone and Allison,” she says. “Nice pipe, huh? Can I smoke it now?”

According to OK! Magazine, Kardashian’s husband Kanye West is “furious” about the tape and believes Ray J is responsible for its release. poor kanye…

“Kanye is not happy about the latest Kim and Ray J tape,” a source said. “Kanye is furious, has a bunch of questions about the penis pipe tape and feels pretty sure Ray J is behind the latest leak. Kanye is demanding some answers, he wants to know why Ray J would leak this tape, and if Ray didn’t leak, then who did? While Kim is embarrassed over the whole situation, Kanye is upset and feels disrespected.”

Watch the leaked video below.