King Endubis Of Aksum, The First African King To Mint Coins Around 270 CE 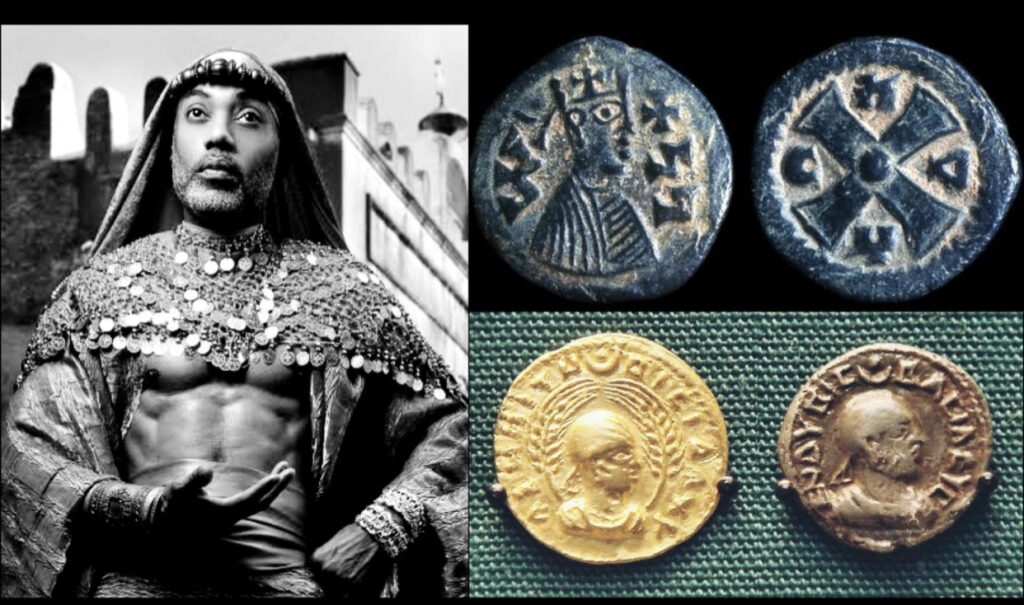 From around 100 AD until 940 AD, the Kingdom of Aksum ruled the whole of East Africa and beyond, including; modern-day Eritrea, Ethiopia, Djibouti, and Sudan. Aksum, in the northern region of Tigray, served as Ethiopia’s capital until the seventh century CE. And at its peak, the kingdom held territory stretching from; southern Egypt to the Cushite Kingdom of Meroe, east to the Gulf of Aden, south to the Omo River, and west to the Gulf of Aden.

Aksum, dubbed one of Africa’s finest empires and noted for its huge stone cut towers known as obelisks; was strategically located in the heart of a large trade route that stretched from Rome to India. It traded with India and the Mediterranean (Rome, subsequently Byzantium); selling ivory, tortoiseshell, gold, and emeralds and importing silk and spices.

The currency of Endubis of Aksum

The powerful northeast African empire began issuing its own currency as a result of its strategic position, which allowed it to control trade routes. Under the reign of King Endubis, the kingdom began minting coins approximately 270 CE. Endubis, according to certain historians, was the first monarch of Ancient Africa to mint coins. It is reported that Aksumite currency was the only native currency to be issued in Africa without direct influence from an outside culture like the Romans or Greeks; having come to power after the decline of ancient Egypt and Nubia.

According to liberty Africa, Endubis developed the system of currency to make trade more effective while standardizing government taxation and collection of other payments because the kingdom dominated trade routes, according to Ethiopian History. During that time, Aksum’s economy flourished, thanks in large part to its money. The gold, silver, and bronze coins were created and designed by indigenous people. Endubis issued coins based on Roman weighing standards, with the first Aksumite coins including Greek inscription. According to historians, the writing in Greek was done so that the residents of Aksum could participate in the lucrative Red Sea Greco-Roman trade.

Description of the Coins

Endubis had his image on both sides of the first coin issued, as he was the first recorded Aksumite ruler to mint money. On both sides of the coin, his head was covered by a headcloth with a; “triangular riband hanging on the rear.” The original coins often had Greek lettering on them, such as BACIΛΕΥС ΑΞWΜITΜ (meaning king of the Aksumites). Above the king’s head, between the letters ‘BACIΛΕΥС’ and ‘ΑΞWΜITΜ,’ there was frequently a disc or a crescent symbol; the crescent symbol indicating the sun or moon deity at a time when the Aksumites had not yet adopted Christianity. 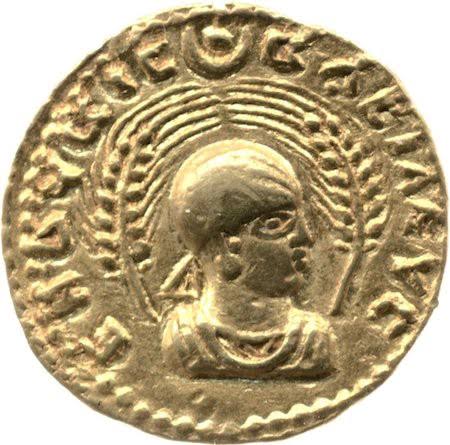 Two ears of wheat or barley surrounded the head on both sides of the coins. According to historians, this could have been a symbol of the Aksum empire or a representation of the king’s function as the state’s supplier. The kingdom of Aksum became the first civilisation anywhere to use the cross of Christ on its coinage when it embraced Christianity and practiced the Orthodox faith under the reign of King Ezana in the 4th century. Around 330 CE, Ezana began doing so, substituting the cross for the crescent emblems. The currency served as a propaganda tool for him to preach his religion while also showcasing the kingdom’s prosperity.

Following rulers who produced their own coinage began imprinting words like “By the grace of God” on the coins. The coins were essentially utilized as representations of what was going on at the time they were produced. The coinage system was used in Aksum until the early seventh century, when it began to go away. The strong Kingdom of Aksum began to fall at the same time.

Climate change, which has resulted in deforestation and irregular rainfall, has been blamed by some historians for Aksum’s collapse. Others attribute the kingdom’s decline to external political factors such as the rise of other large empires such as; the Persian and cities such as Alexandria and Byzantium (now Istanbul); as well as the Arabs’ growing power, which was beginning to dominate the Red Sea trade routes that were previously ruled by Aksum.