Kola Nut Is Life: The Significance Of The Kola Nut To The Igbo People Of Africa 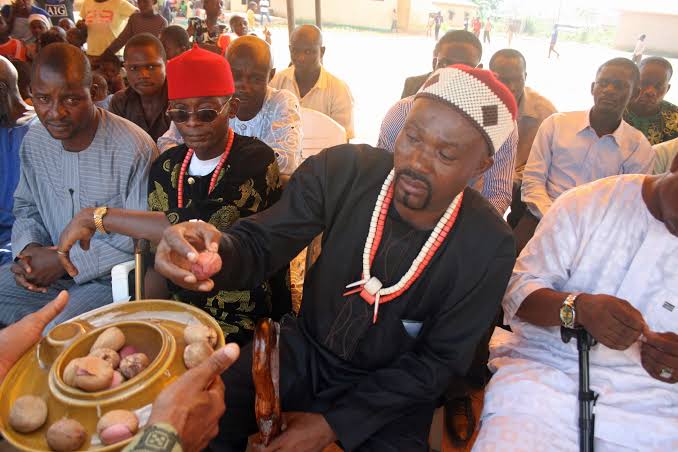 Kola nut is the fruit of the kola tree, a genus of trees that are native to the tropical rainforests of Africa. The caffeine-containing fruit of the tree is used as a flavouring ingredient in beverages and is the origin of the term “cola.”

Chinua Achebe’s account of breaking kola in the novel Things Fall Apart was an eye opener. He noted among the Igbo in Southeastern Nigeria, kola occupied such a significant place that it is said “he who brings kola brings life.”

The Kola Nut And Its Spiritual Variations

Kola with one cotyledon is a dumb nut or Ọjị ogbu. It is called ọjị mmụọ, that is, kola of the spirits. It is not eaten. Kola with two cotyledons is equally a dumb nut  and it is not eaten. This is the main reason why the Igbo do not use the  cola nitida for rituals or in serious traditional celebrations. Kolanut with three cotyledons is called ọjị ike, ọjị ikenga, that is, kola of the valiant. Only warriors or brave men and consecrated or ordained persons are permitted to eat this kola, as a matter of principle. Kolanut with four cotyledons is called “ọjị udo na ngọzi”, that is, “kola of peace and blessing”. It is the normal kola. The number four is very sacred among the lgbo. Kolanut with five cotyledons is “ọjị ụbara mmadụ, ọmụmụ na ụkwụọma that symbolizes increase in procreation, protection and good luck.

Kola with six cotyledons indicates communion with the ancestors, that is, “ọjị ndi mmụo na ndi mmadụ jiri gbaa ndụ”. The smallest part or cotyledon is not eaten but is thrown away for the ancestors to eat. In like manner, kola with one cotyledon is not eaten by man, that means that it is not broken during ceremonies because it belongs to the ancestors, an attitude reminiscent of the direct link between the living and the dead in Igboland. Kola with seven cotyledons is a sign of good omen, it symbolizes prosperity. However it is rarely seen or broken. 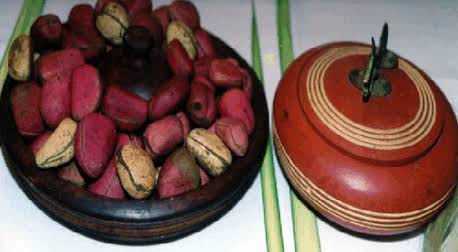 When a host fails to serve Ọjị (kola) at a social gathering, there must be a valid reason for the failure. The kolanut is presented on a saucer, preferably a wooden platter prepared and kept for the sole purpose of presenting kolanut. A host first takes a lobe and puts it to his lips, thus signifying that it is about to be offered in good faith. This symbolic gesture absolves him from malice. The dish is, thereupon, passed to the visitor.

But the kola nut cannot be broken without the saying of prayers or incantations by the chieftain or eldest in the gathering. This has given rise to the proverb “He who brings kola brings life”, because in the kola nut prayers, the elder also requests for peace, long life and protection from all ill fortune. The breaking of nut occasionally comes along with palm wine, peanut butter and garden eggs. 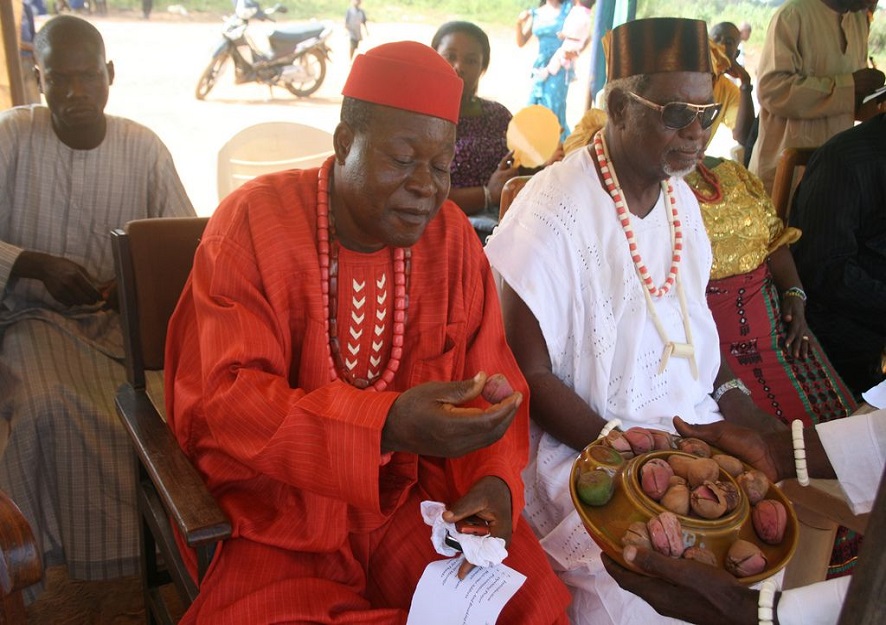 The kola is broken with a knife or both hands and shared with guests, however, women are barred from breaking ceremonial kola. They are also forbidden from either planting, climbing or plucking as the kola tree is regarded as a male. Denying women the right to break Igbo ceremonial oji  is more of social order as women break the Oji when they gather in their usual cultural groupings where no man has a say.