Laura Adorkor Kofi; A Ghanaian Princess Who Left Ghana and Moved to the U.S. To Liberate and Repatriate Black Back to Africa 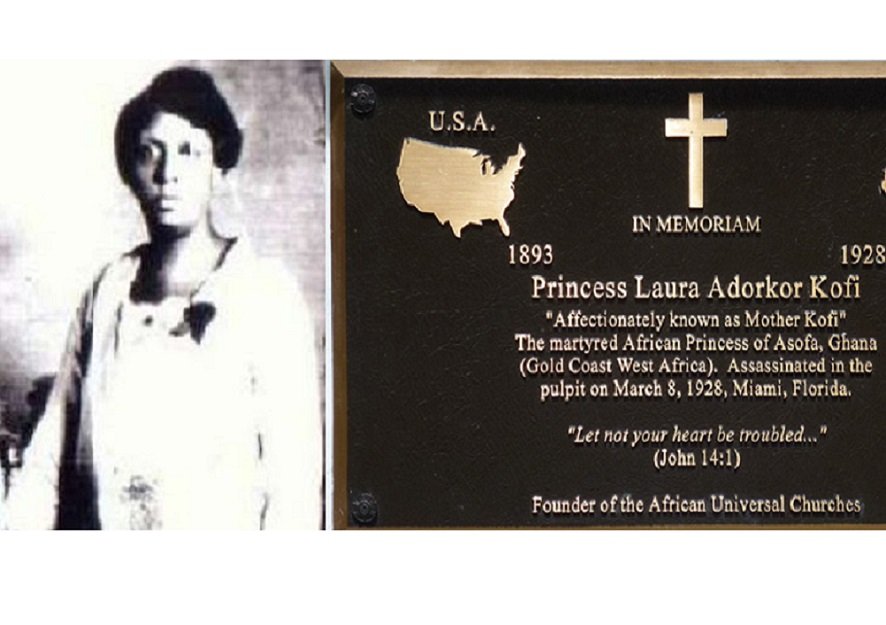 Laura Adorkor Kofi was born in 1893 in the Gold Coast, present-day Ghana. As a young woman, Laura served as a church pastor in the Asofa village and ran a mission in Kumasi.

Laura’s Migration to the United States of America

She migrated to the U.S. in the mid-1920s. Upon her arrival in North America, Laura lived in Detroit for several years. Within a short time, she joined the Black Nationalist Movement, the Universal Negro Improvement Association formed by Marcus Garvey. The young woman at the time quickly rose to a position of a prominent spokesperson and national field director for the organization.

She used her position in the organization to persuade African Americans of the many opportunities awaiting them back at home. Laura was loved by the African Americans living in South Florida. They filled the many theaters and auditoriums to listen to her moving speeches.

To them, it was their first time listening to someone from Africa. Laura expounded on the greatness of Africa. “She spoke about the movement from Africa to liberate the people here and that there was a divine relationship between the African Americans. Laura spoke of pride and strength”, reported one of her followers.

Marcus Garvey was very supportive of Laura’s work. Things, however, changed after he was imprisoned in 1925 for mail fraud. In prison, Garvey started questioning Laura’s credibility and incited his followers to abandon her.

The followers would create chaos during Laura’s presentations, making her feel unsafe amidst Garvey’s inner circle. She later fled to Miami and then Jacksonville in search of safety.

Establishment of the African Universal Church

Upon arriving in Jacksonville, Laura split from Garvey’s UNIA movement and established her movement known as the African Universal Church. Under this movement, Laura became known as ‘Mother Kofi.’

Now known as Mother Kofi, Laura had returned to Miami to preach on March 28, 1928, when she met her death. Thousands of masses had gathered to listen to her powerful message about the power of God to help Africans and black Americans.

As she was going on with her preaching, she requested her security team to sit down. It was this request that led to her death. An armed person was able to rush to the stage and shoot Laura in the back of the head, killing her.