Libyans Celebrate to mark the anniversary of ‘liberation’ of Tripoli 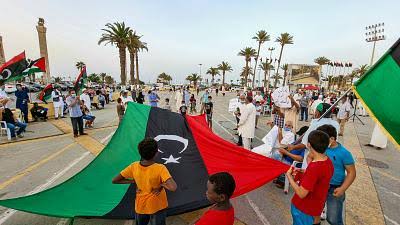 Hundreds of people in Libya’s capital Tripoli celebrated its complete liberation from the militia of warlord Khalifa Haftar. The Tripoli residents gathered late Thursday in the city’s Martyr’s Square; holding the Libyan flags and banners of victory. They also chanted slogans like; “the blood of the martyrs is not in vain” and other slogans against Haftar.

On Thursday, the Libyan army announced the completion of the liberation of Tripoli; the seat of the internationally recognized government.

According to Africanews, In March, the Libyan government launched Operation Peace Storm to counter attacks on the capital, and recently regained strategic locations; including the Al-Watiya airbase and Tarhuna city, in a major blow to Haftar’s forces. 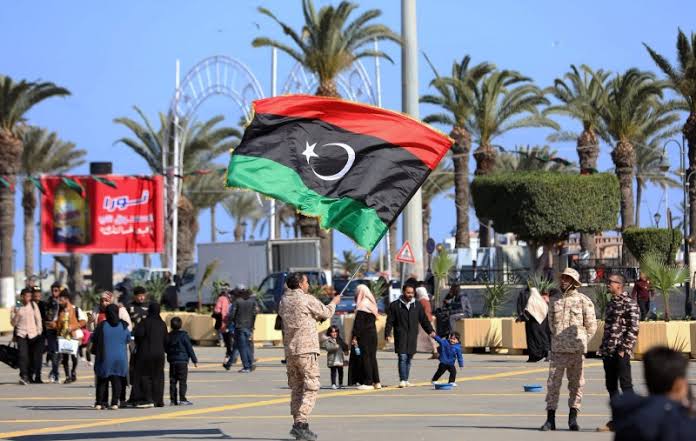 The oil-rich country descended into chaos after dictator Moamer Kadhafi was toppled and killed in a 2011 NATO-backed uprising; resulting in multiple forces vying for power.

In recent years Libya has been split between two rival administrations backed by foreign forces and countless militias.

In October, after Turkey-backed forces of the Government of National Accord (GNA) based in Tripoli routed those of eastern military strongman Khalifa Haftar, the two camps agreed on a ceasefire in Geneva.

The security situation in Libya has been slowly improving since then.

However, the UN recently warned that progress has stalled, notably on a key requisite for the polls — the pullout of all foreign soldiers.

Western leaders have repeatedly called on the foreign fighters to depart.

But Russian mercenaries supporting Haftar’s side in the east of the country are still in place.

Turkey meanwhile has troops in Tripoli, which it argues were sent under a bilateral agreement with the government, implying that they are not affected by a request for foreign troops to leave.

He noted that there is an understanding between the Turkish and Russian sides that; “when withdrawal begins, it will not be a short period of time when everyone will immediately pull back… but that it will be a step-by-step approach”.

The fear is that an uneven and sudden withdrawal could leave a military imbalance that could be exploited by the other side for a sudden offensive.

The United Nations Under-Secretary-General for Political Affairs Rosemary DiCarlo also noted that the whole process “will take some time”.

Nevertheless, Maas pledged that Germany and the UN will keep up efforts to ensure the departure of foreign militants.

“We will not rest until the last foreign force — the soldiers and mercenaries; no matter where they come from… have left the country.”