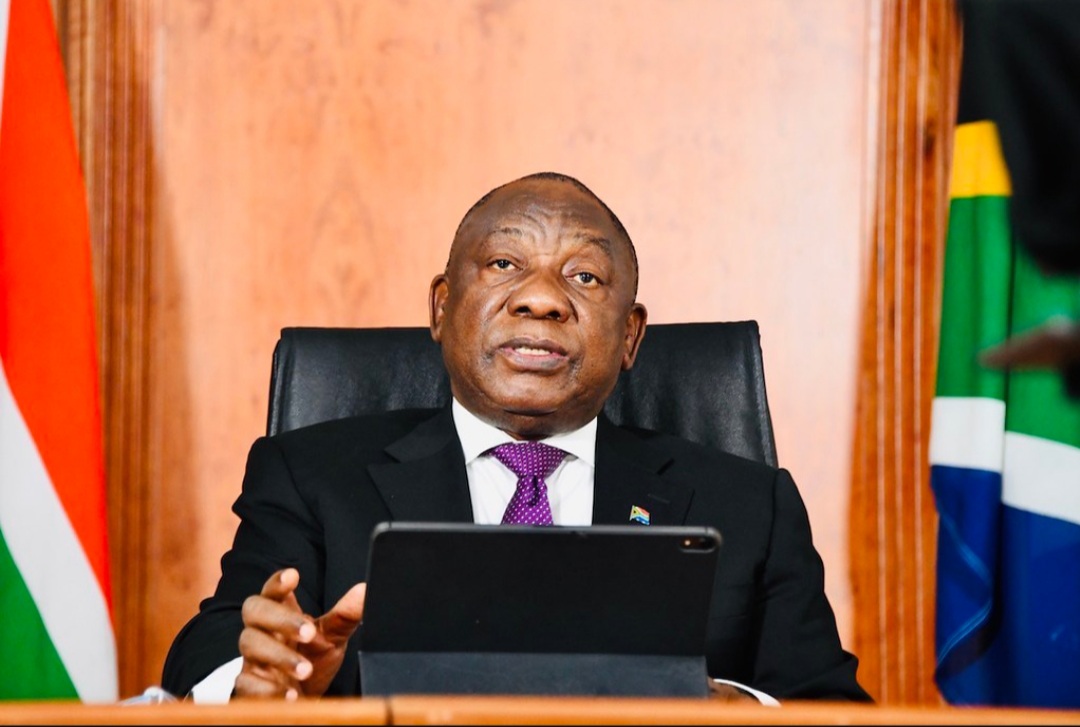 According to Independent, South Africa will enter an adjusted level 3 lockdown from midnight tonight, President Cyril Ramaphosa said on Monday.

We want to minimise the risk of superspreader events, he said.

All indoor and outdoor gatherings will be prohibited with a few exceptions.

The nationwide curfew will be extended from 9pm to 6am, the president said.

Ramaphosa also announced that the sale of alcohol from retail outlets and the on-site consumption of alcohol will not be permitted.

The prohibition on consuming alcohol in public spaces like parks and beaches remains, he said.

From now on it is compulsory for every person to wear a mask in a public space. A person who does not wear a cloth mask covering over the nose and mouth in a public place will be committing an offence, Ramaphosa said.

“A person who does not wear a mask could be arrested and prosecuted. On conviction, they will be liable to a fine or to imprisonment for a period not exceeding six months or to both a fine and imprisonment,” he said.

Ramaphosa was addressing the nation on developments in relation to the country’s response to the coronavirus pandemic as South Africa on Sunday breached one million cumulative Covid-19 cases.

The president said that more than 50 000 new cases have been reported since Christmas Eve. The rapid rise in infections is being fuelled by super spreader events like year-end and family functions.

“We have simply let our guard down and now we are paying the price,” Ramaphosa said.

In additon to the regulations, a handful of additional areas have been declared as hotspots.

In the Eastern Cape, the Chris Hani District, Buffalo City, Amathole District, Alfred Nzo District and the OR Tambo District have been declared as hotspots.

These, Ramaphosa said, are in addition to Nelson Mandela Bay Metro and the Sarah Baartman District.

In KwaZulu-Natal, the eThekwini, Umgungundlovu District, Ugu District, Harry Gwala District, King Cetshwayo District and Ilembe District have been zoned as hotspots while in Gauteng, the West Rand District, Tshwane, Ekurhuleni and Johannesburg are declared hotspots.

In the Western Cape, the West Coast District, Overberg District, Winelands District, Cape Town, Central Karoo District are hotspots. This is in addition to the Garden Route District.

In the North West, Bojanala District is declared a hotspot area and in Limpopo, the Waterberg District and the Capricorn District are declared coronavirus hotspots.

“When I last addressed you we announced that certain beaches in our country would be closed on certain days and others would remain open.

“As the infections continue to rise Cabinet on the advice of the National Coronavirus Command Council has decided that all beaches, dams, lakes, rivers, public parks and public swimming pools in hotspot areas will be closed to the public with effect from tomorrow.”

In his impassioned plea, Ramaphosa said: “If we did not understand it before, we should now see just how quickly a situation can change for the worse. Our situation has changed for the worst.”

He further said: “We can, we will and we must defeat this pandemic,” adding this can only be done through a collective effort.

Government has also indicated that the procurement of the Covid-19 vaccine is well underway.