The 2019 Super Bowl Halftime show was kicked off by Maroon 5 with a performance of their 2002 hit, “Harder to breathe.” Their performance on the huge M-shaped stage was amidst flames and fireworks after which they introduced Travis Scott who performed his hit song “Sicko Mode.” 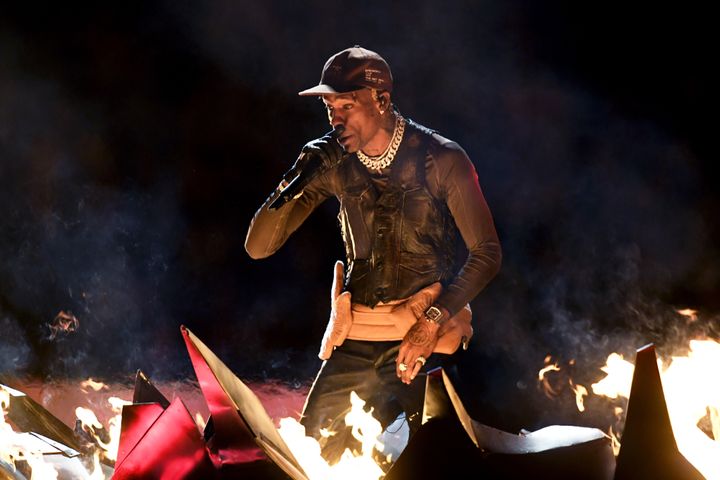 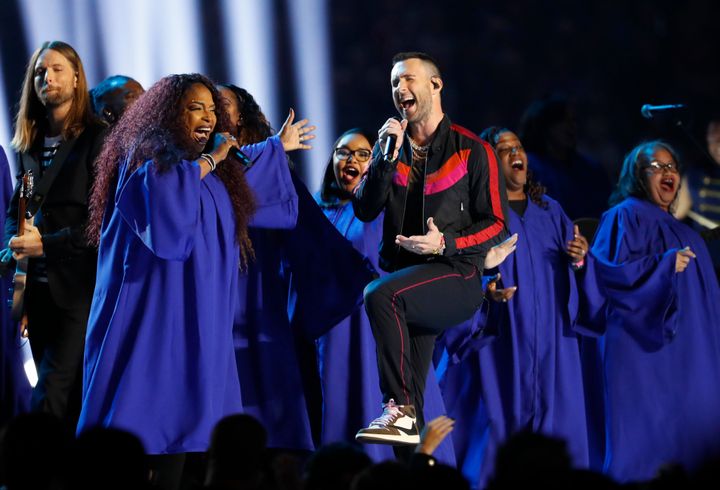 Amidst the flames burning on the background, the lead vocal of Maroon 5, Adam Levine transitioned, heralded by a drum roll, to the song “Girls like you.” He was joined by a gospel choir to perform the song. He went on to perform “She will be loved” while surrounded by members of the Super Bowl audience who held glowing lanterns that carried inscriptions of inspirational words. 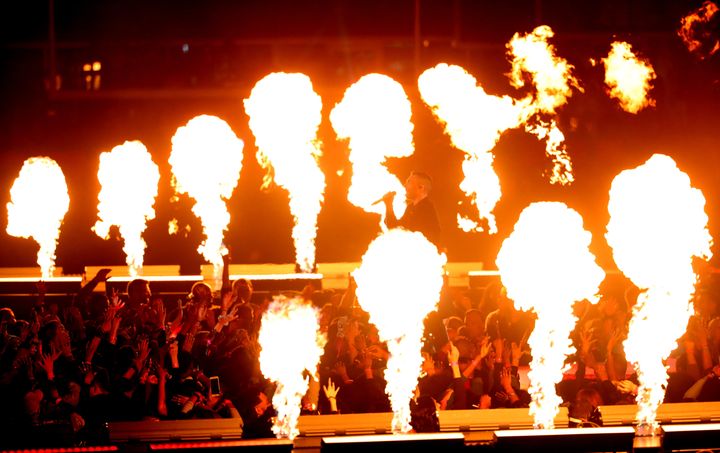 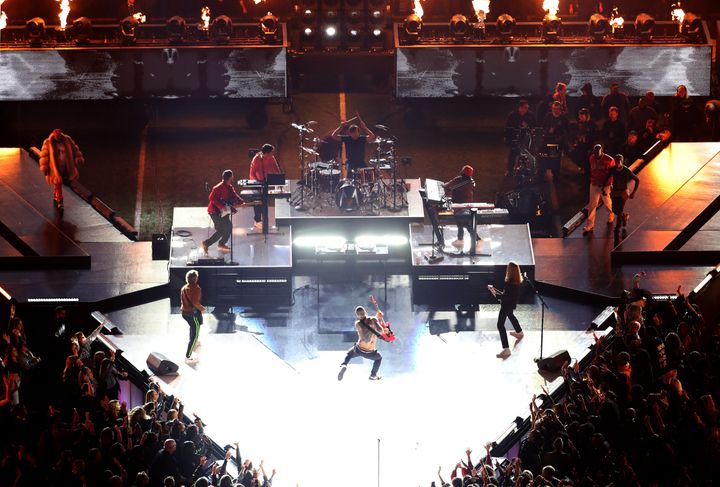 Big Boi, one of the members of Outkast, joined the performance in a car. Hopping off he started the rap song, “the way you move.” Levine went on to perform other hit songs with his crew as soon as Big Boi had finished his rap. He first of all stripped into a tank top before finally taking it off. The musicians hugged it out after what seemed to be an uninspiring display. 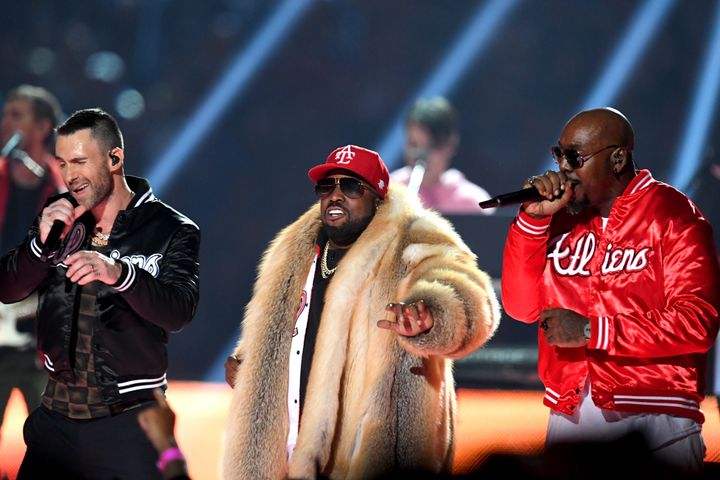 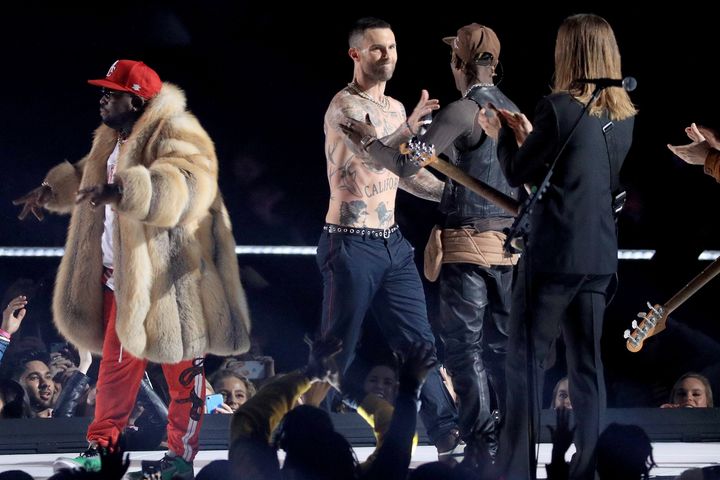 It will be recalled that all the performers were called out for serious criticisms after they agreed to take the show that was rejected by several A-list artists in support of players’ protests against social injustice, including police brutality.

NFL Super Bowl: Coiln Kaepernick and Travis Scott have no understanding over performance