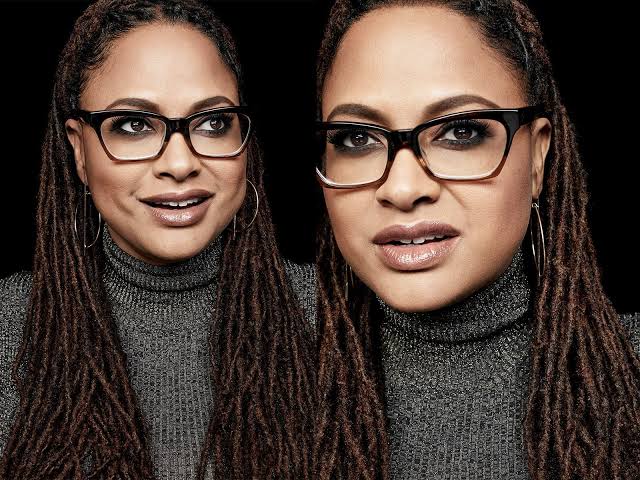 If you have been glued to black movies and entertainment, you must have heard the name Ava DuVernay countlessly. With the positive response to her Blockbuster movies,“Selma”, “A wrinkle In Time” and “When They See Us”. Ava DuVernay has been snatching edges in film and she is our Wonder Woman for this Wednesday! Go Ava!

The following year, she created, co-wrote, and directed the Netflix drama miniseries When They See Us. Based on the 1989 Central Park jogger case, which has earned critical acclaim. 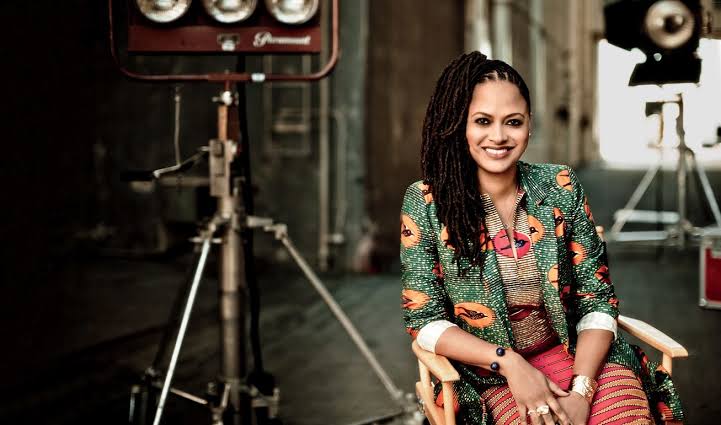 In 2005, over the Christmas holiday, DuVernay decided to take $6,000 and make her first film. , A short called Saturday Night Life. Based on her mother’s experiences,the 12-minute film was about an uplifting trip by a struggling single mother (Melissa De Sousa) and her three kids to a local Los Angeles discount grocery store. The film toured the festival circuit and was broadcast on February 6, 2007, as part of Showtime’s Black Filmmaker Showcase. 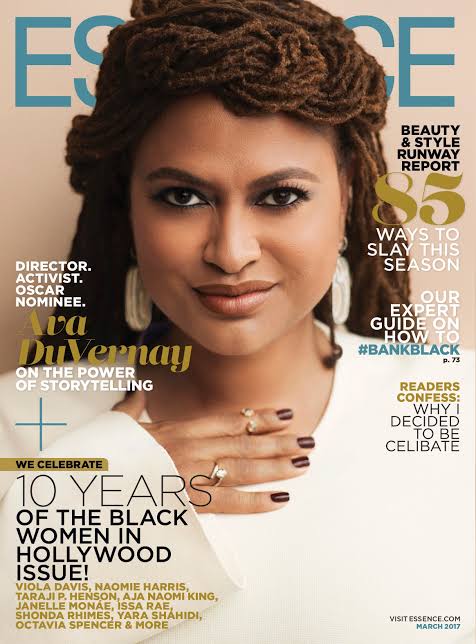 DuVernay was commissioned by the Smithsonian‘s National Museum of African American History and Culture to create a film about African-American history. Her August 28: A Day in the Life of a Peopleexplores six significant events that happened on the same date, August 28; it debuted at the museum’s opening on September 24, 2016. 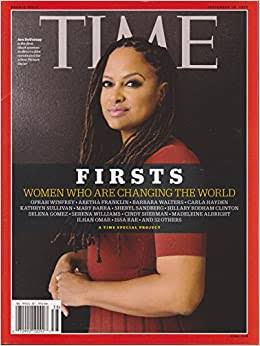 Michael T. Martin says, “DuVernay is among the vanguard of a new generation of black filmmakers who are the busily undeterred catalyst for what may very well be a black film renaissance in the making.”He further speaks of DuVernay’s mission and “call to action”. Which constitutes a strategy “to further and foster the black cinematic image in an organized and consistent way. And to not have to defer and ask permission to traffic our films: to be self-determining.”

Ava is very private with her love life. Although she was rumored to have been linked with Common in 2014. However, nothing much is known about her love life and romantic relationships. Talk about a woman that wants to keep her personal business very personal.

Ava is reportedly worth of a wooping $60 million. In November 2018, Ava signed a $100 million multi-year exclusive production deal with Warner Brothers. Ava and her company Forward Movement will produce TV and movie projects for the studio to compete with Netflix.

Ava Duvernay makes art that looks squarely at society and takes it to task. “Mass incarceration is important to me. The fracturing of the black family structure is important to me. The trauma of history on the black family unit is really important to me,” she says. Hence, she makes films because she wants to foster beauty in the world. Because she wants to stir strong emotion in her viewers, but her art is also a weapon, which she wields carefully and lovingly because she believes in “fighting for justice, fighting for good.”

This is why she can bring Martin Luther King Jr. (Selma) and Nova, Charley and Ralph Angel Bordelon (“Queen Sugar”) to life. Making them so real and multi­dimensional that viewers care for them even as they rail against a world intent on cowing them. In the end, DuVernay is taking the things important to her.—“representations of family, representations of black womanhood, representations of good over evil”—and crafting stories of fallible people we love.

When DuVernay was a child, her Aunt Denise fostered a love of art in her. But also showed her that art and activism could be combined. Her aunt was a registered nurse who worked night shifts so she could “pursue her passion during the day, which was art and literature and theater….She was a patroness. She worked to live. But what she loved in life was the arts. She was fed by it,” says DuVernay. “That was a huge influence on me.” Her mother was socially conscious, and both women taught her that “you could say something through the arts.”

Ava is a very curvy beautiful, decently dressed black woman. Her dress sense is filled with consciousness and exudes dignity.
Movie directors rarely make red carpet best-dressed lists but Ava Duvernay is a glowing exception. The 47 year old has cemented her status as an emerging style icon thanks to regal red carpet gowns and locs always coiffed to perfection. Even when she’s attending luncheon and daytime events, she makes a statement in fitted printed frocks that show off her enviable curves.

Ava commands the sartorial spotlight by choosing dresses that stand out from the crowd. She loves sweeping ball gowns and skirts, column dresses in bold color and casual frocks with vibrant prints. Her hairstyles run the gamut from flowing locs to intricate updos to her signature half-up, half-down look. Check out 15 looks that prove the accomplished director is a red carpet style icon to watch. 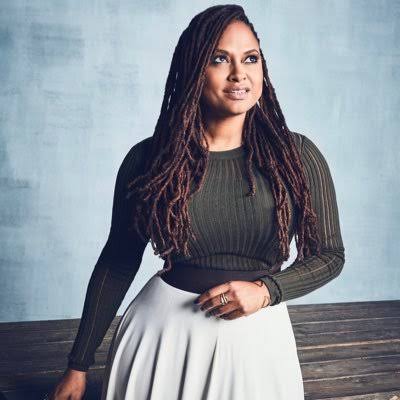 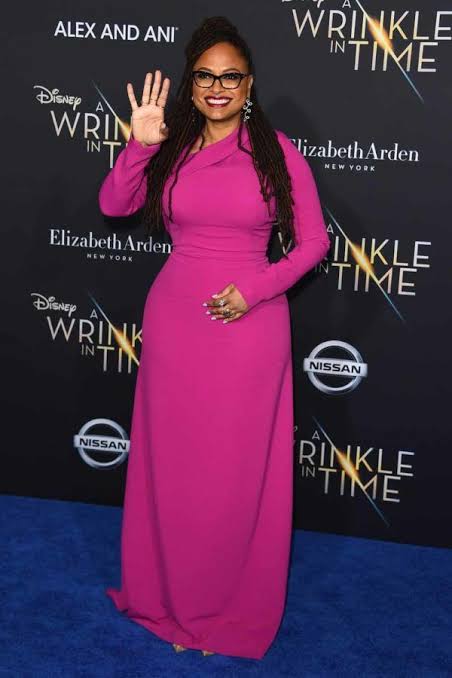 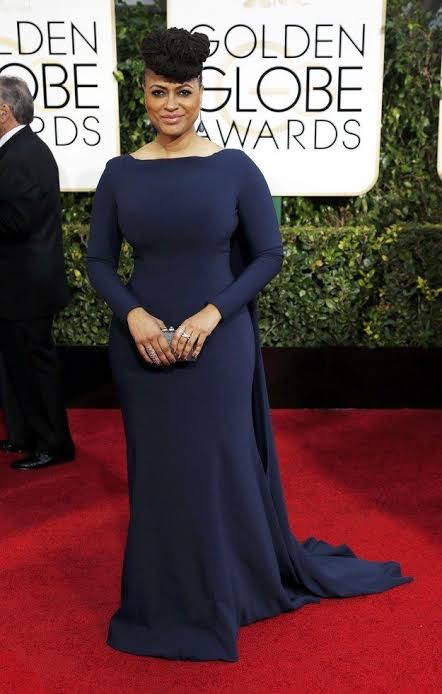 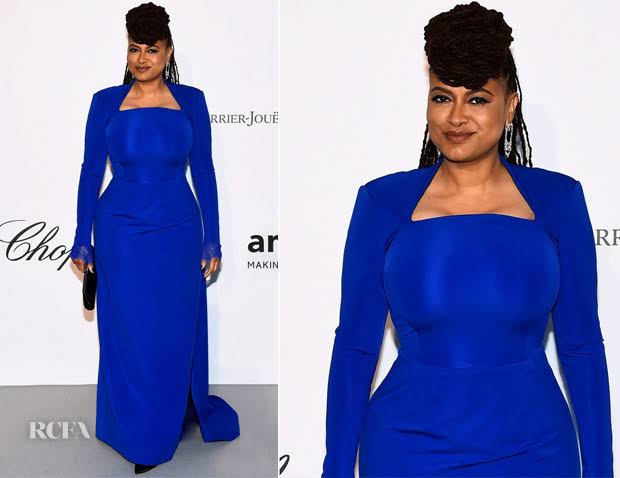 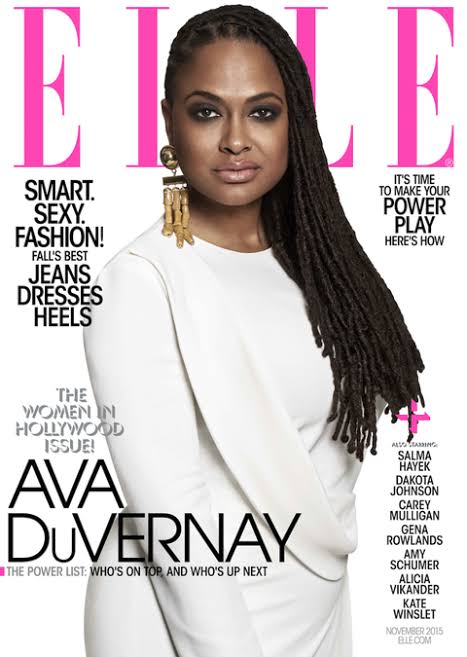 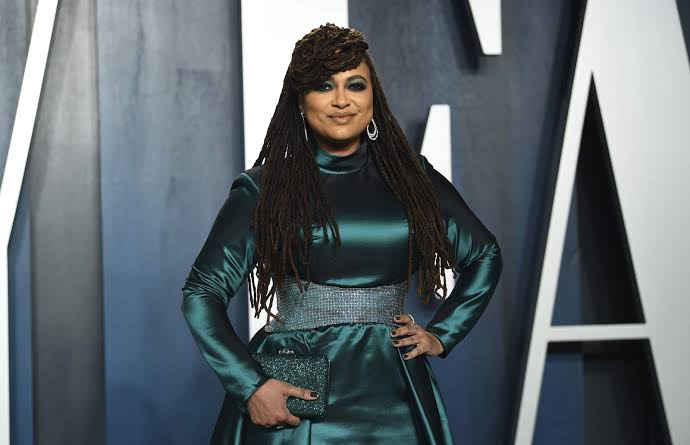 Ava DuVernay is our Wonder Woman for this Wednesday and we are very proud to have made her one. She is a role model to young black women. We are rooting for her. The natural, confident, decent beauty above all appreciates her flaws.— “…to my Mom for making me wear braces to close the gap in my smile but I never wore the retainer so the gap became crazy crooked and now I like it.”