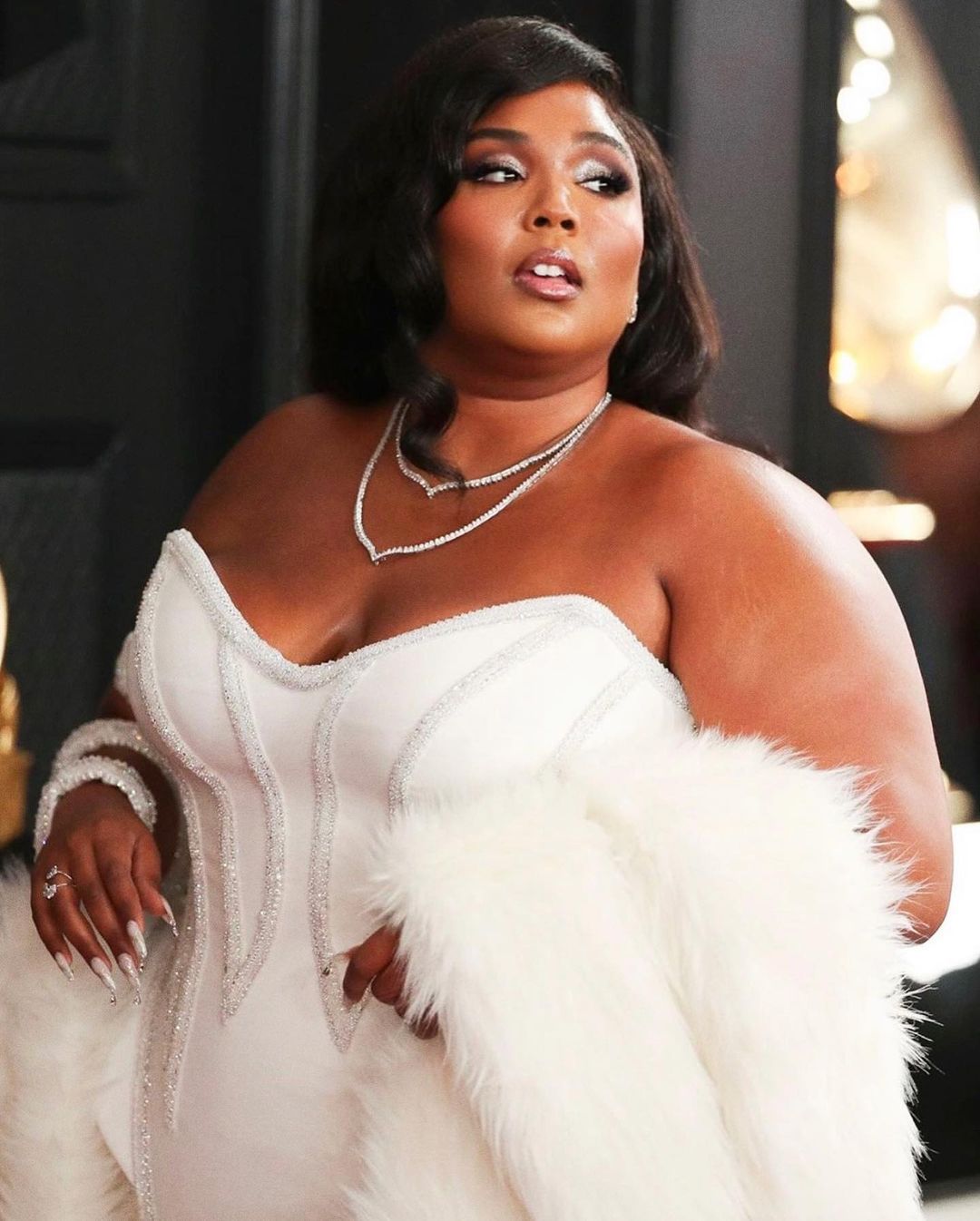 Melissa Viviane Jefferson  was born on April 27, 1988, in Detroit, Michigan. Professionally known as Lizzo, Melissa Jefferson is an American singer, rapper, songwriter, and flutist. She relocated to Houston, Texas, with her family at the age of ten.

Melissa Jefferson started rapping as a teenager in a southwest part of Houston known as Alief. She formed a musical group called Cornrow Clique with her friends. The nickname ‘Lizzo’ was self acquired at that time. At this time she acquired the nickname.

She left high school in 2006, proceeded to the University Of Houston, where she Classical Music. After the death of her father, she moved back to Minneapolis, Minnesota. 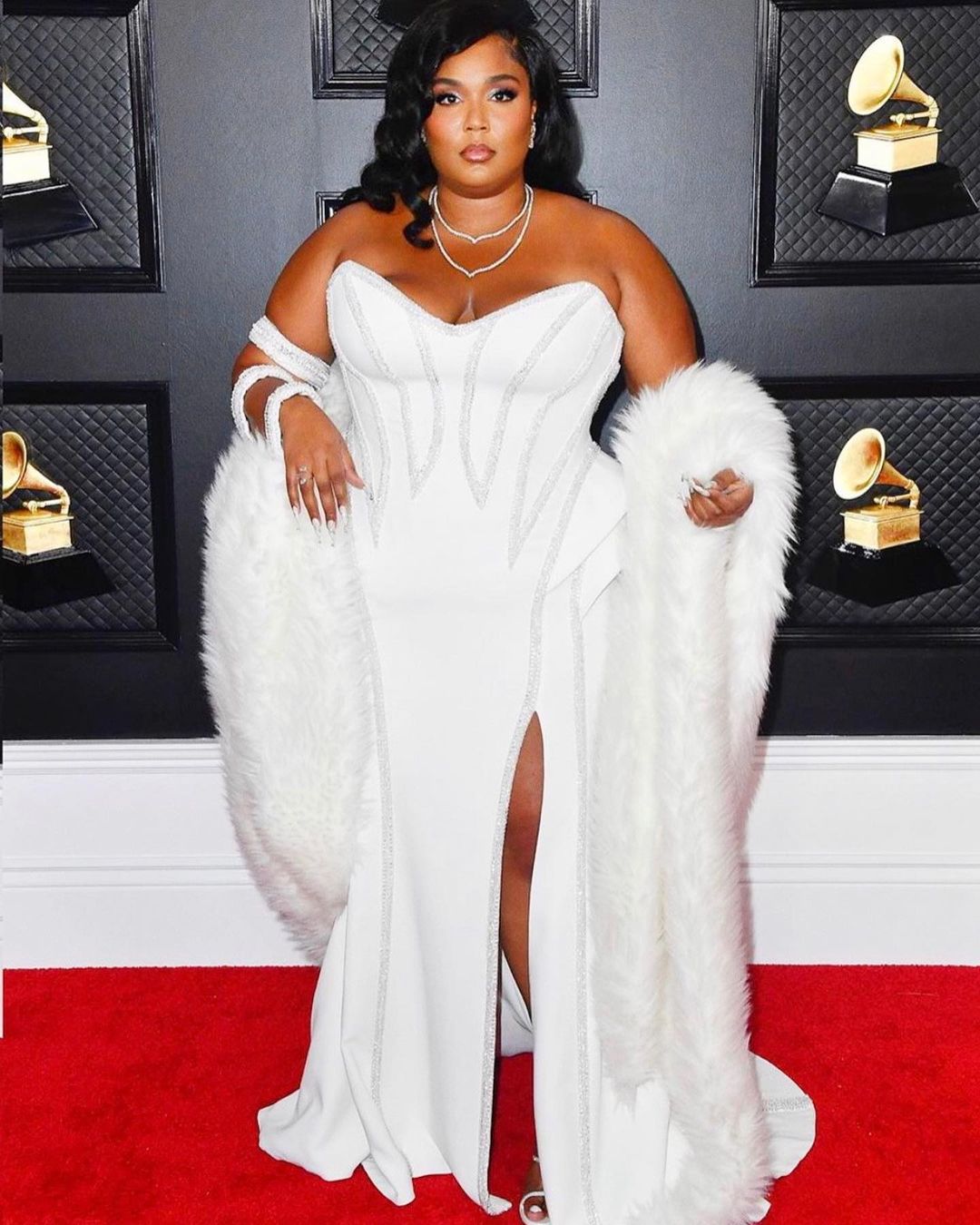 At Minneapolis, Melissa Jefferson performed with indie groups, including; the electro soul-pop duo, Lizzo & the Larva Ink. She helped form a three-piece all-female rap/R&B group; the Chalice. In 2012, the Chalice released their first album, “We Are the Chalice”, which was locally successful. Lizzo’s hip-hop debut album, ‘Lizzobangers’, was released on October 15,2013. The album was given a 4 stars out of 5, by Killian Fox of The Guardian; saying: “At times joyfully nonsensical, Lizzo’s stream of consciousness rhymes, can also be lethally pointed.”

Time named her one of 14 music artists to watch in 2014. The album was subsequently re-released through Virgin Records. Later that year, Lizzo shared the stage with St. Paul and the Broken Bones, performing “A Change Is Gonna Come” together.

LIZZO’S RELATIONSHIP WITH HER BODY 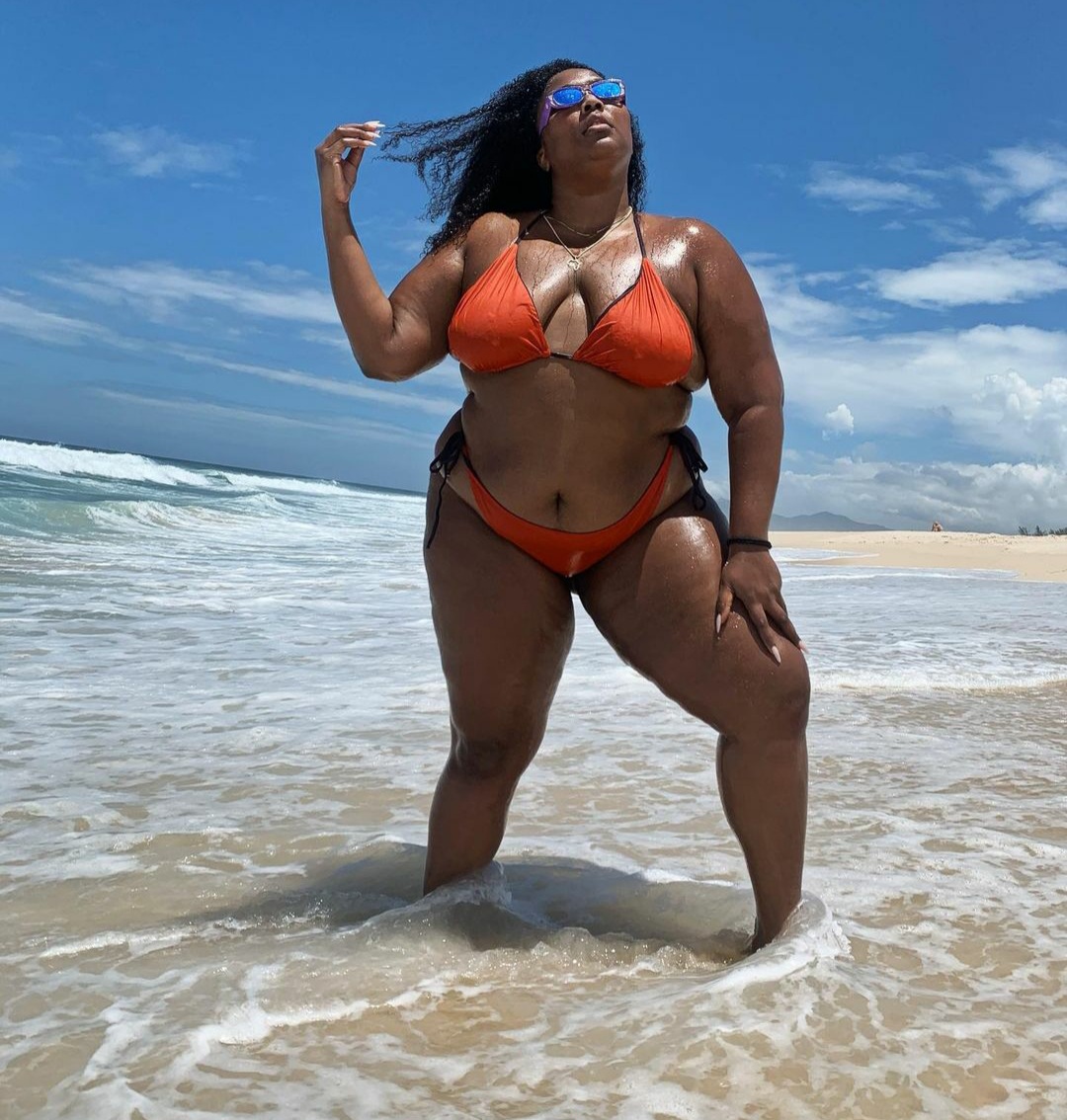 With the release of her first album, Lizzo immediately began working on new music, And in 2014 she participated in StyleLikeU’s What’s Underneath project, where she removed her clothes as she talked about her relationships with her body.

The experience inspired her to write “My Skin”, which she described as “the thesis statement” of her forthcoming second album.

In an interview with Vice, regarding body image, she said:

“You can wake up and change many things about your appearance, but the inevitability of waking up in your skin is what unifies us.”

Lizzo was one of the hosts of MTV’s short-lived 2016 live music performance series Wonderland. After signing with Atlantic Records that same year, Lizzo released her first major-label extended play, Coconut Oil, on October 7, 2016.

“Good As Hell” was released as the lead single, from the Coconut Oil on March 8, 2016; as part of the soundtrack for the 2016 film Barbershop: The Next Cut.

Lizzo co-wrote each song on the album, while enlisting Ricky Reed, Christian Rich, Dubbel Dutch, and Jesse Shatkin for the album’s production. The result was a departure from Lizzo’s previous alternative hip hop releases. Lyrically, the extended play explores themes of body positivity, self-love, and the journey to those ideals.

AN ADVOCATE FOR BODY POSITIVITY

After struggling with body issues at an early age, Lizzo became an advocate for body positivity and self-love; as she attracted more mainstream attention; while making diversity the focus of her music, in regards to one’s body, sexuality, race, and more.

Her group of back-up dancers, the Big Grrrls, consists of all plus-size dancers. Highlighting body inclusivity and celebrating individuality, Lizzo appeared in ModCloth’s “Say It Louder” campaign, which launched on June 11, 2018.

In the same month, she sported the first plus-size outfit made for FIT’s Future of Fashion runway show by Grace Insogna for her performance at NYC Pride’s Pride Island event. Lizzo was profiled in the June 2018 Teen Vogue Music Issue.

In 2019, in addition to her musical projects, Lizzo ventured into acting, with a voice performance in the animated film UglyDolls, and a supporting part in the crime comedy-drama film Hustlers.

After inspiring an internet meme on the TikTok video sharing app and being featured in the 2019 Netflix film Someone Great; Lizzo’s 2017 single, “Truth Hurts”, began to gain popularity and was added to the deluxe version of Cuz I Love You. The single became a viral sleeper hit and in turn, increased interest for Cuz I Love You; which remained in the top 10 of the Billboard 200 for several months.

Truth Hurts” has since become Lizzo’s first number-one hit on the Billboard Hot 100. Lizzo became the third female rapper to top the Hot 100 without a featured artist. She also became the first Black solo female R&B singer to claim the top spot on the Hot 100.

“Cuz I Love You”, became certified gold by the RIAA with over 500,000 equivalent units sold.

Lizzo is also well known for her ability to play the flute. She began playing as a child, and has continued to improve her flute playing skills. She has performed in several of her musical performances, including when she performed “Truth Hurts” at the 2019 BET Awards.Her performance at the BET Awards earned her a standing ovation from the crowd. 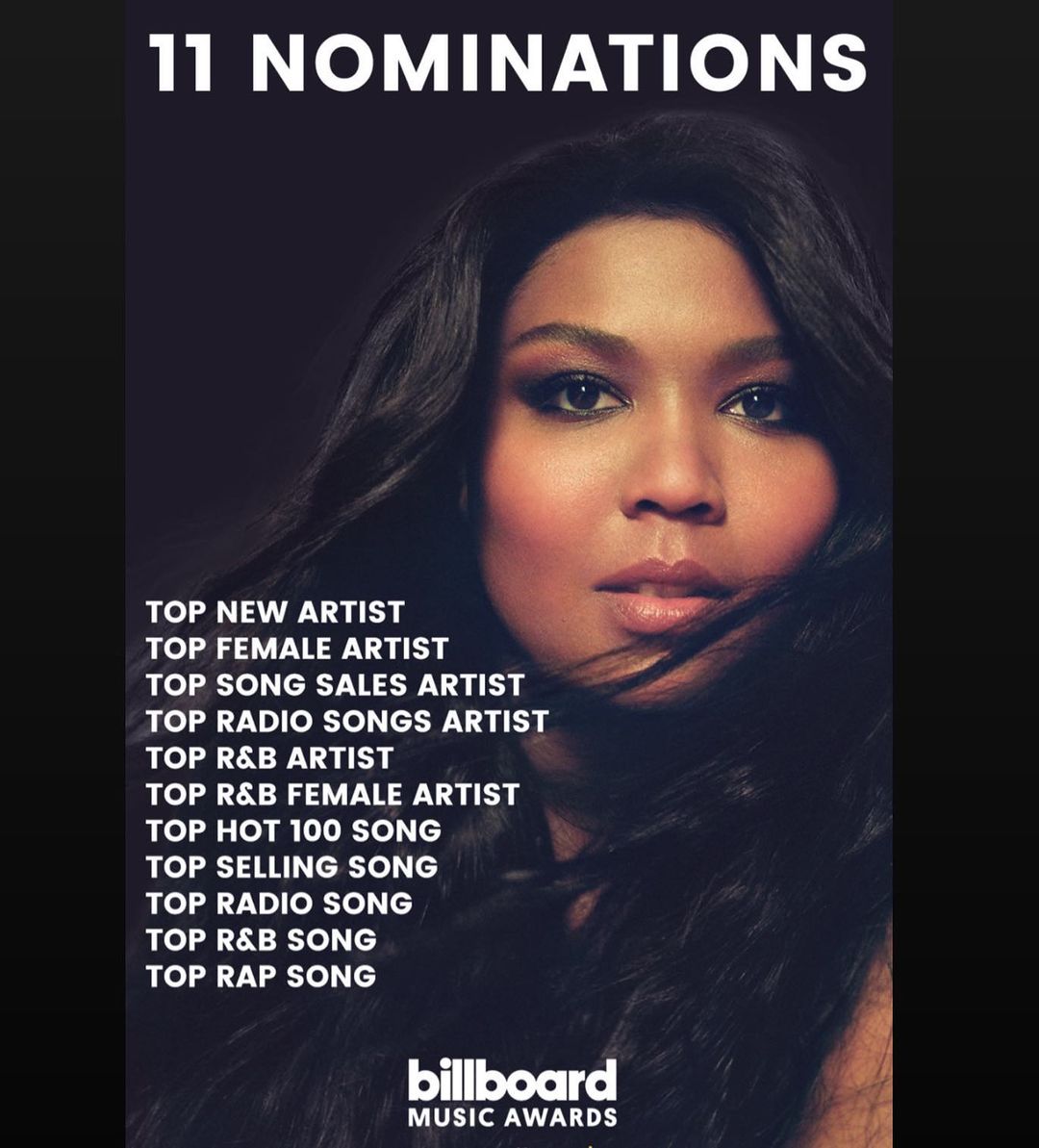 In January 2020, Lizzo headlined FOMO Festival, performing in four Australian cities and Auckland, New Zealand. She also performed a sold-out show at the Sydney Opera House, where she had previously performed as a young flute player. She opened the 62nd Annual Grammy Awards with a medley of “Cuz I Love You” and “Truth Hurts”, and won three awards at the ceremony.

She received eleven nominations at the 2020 Billboard Music Award, winning one for Top Song Sales Artist. At the 2020 BET Awards, she became the first act to be nominated in both the R&B/pop and hip-hop artist categories in the same year.