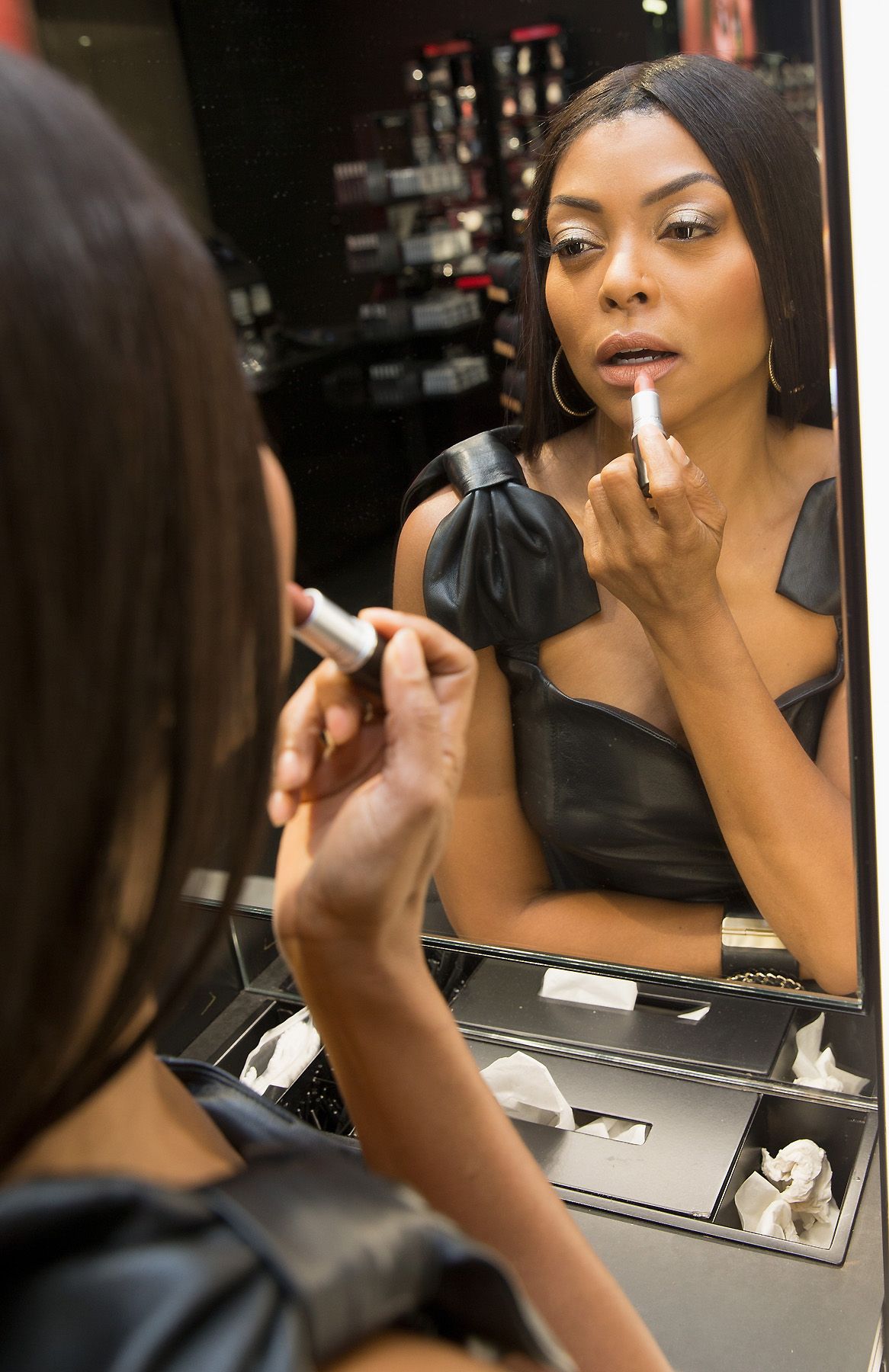 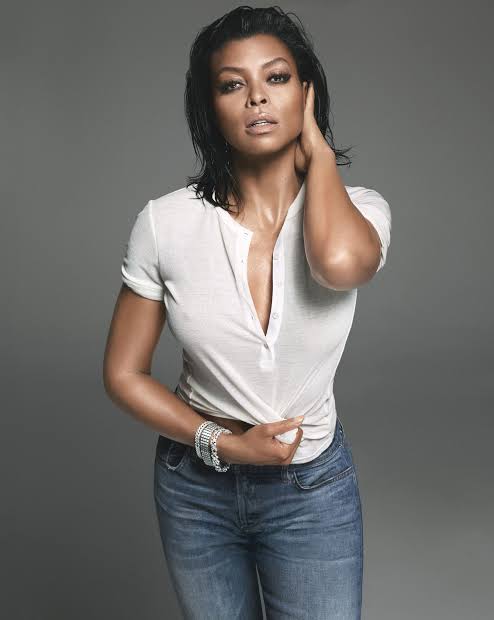 Cookie! That’s the first name that comes to our minds when we hear the name Taraji P Henson. Her role in the Fox Drama series; Empire, is one of her strongest yet. Taraji is the first African American woman to win the critics choice awards. There is a lot about this woman, from moving to L.A at age 26 when people thought she was too old and would not be able to make it, to earning a star on the Hollywood walk of fame, 49 year old Taraji P Henson is our Wonder Woman and our woman crush! Go cookie! 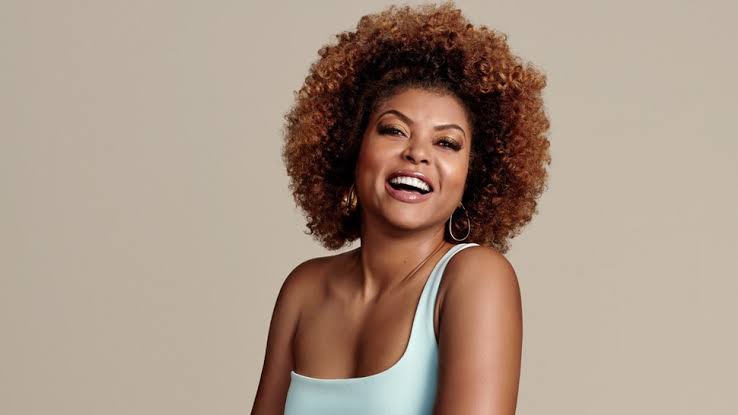 Taraji Penda Henson was born September 11, 1970. She is an American actress and author. She studied acting at Howard University and began her Hollywood career in guest roles on several television shows before making her breakthrough in Baby Boy (2001).

Taraji received praise for her performances as a prostitute in Hustle & Flow (2005), for which she received a Screen Actors Guild Award for Outstanding Performance by a Cast in a Motion Picture nomination; and as a single mother of a disabled child in David Fincher‘s The Curious Case of Benjamin Button (2008), for which she received Academy Award, SAG Award and Critics Choice Award nominations for Best Supporting Actress. In 2010 she appeared in the action comedy Date Night, and co-starred in the remake of The Karate Kid.

Henson has also had an extensive and successful career in television, including series such as The Division, Boston Legal and Eli Stone. In 2011, she starred in the Lifetime Television film Taken from Me: The Tiffany Rubin Story, which brought her a nomination for the Primetime Emmy Award for Outstanding Lead Actress in a Limited Series or Movie. From 2011 to 2013, she co-starred as Detective Jocelyn Carter in the CBS drama Person of Interest, for which she won an NAACP Image Award.

She also starred in the ensemble films Think Like a Man (2012) and its 2014 sequel. In 2015 she began starring as Cookie Lyon in the Fox drama series Empire, for which she became the first African-American woman to win a Critics’ Choice Television Award for Best Actress in a Drama Series. She also won a Golden Globe Award; and was nominated for Emmy Awards in 2015 and 2016.

In 2016, Time named Henson one of the 100 most influential people in the world. That year, she released a New York Times best sellingautobiography titled Around the Way Girl. Also that year, she was praised for her starring role as Katherine Johnson in the critically acclaimed drama film Hidden Figures, for which she won a Screen Actors Guild Award for Outstanding Performance by a Cast in a Motion Picture.

I created this hair care line because I wanted to maintain healthy hair and a healthy scalp while wearing wigs, weaves or installs”, she stated.
“I realized a lot of women were putting weaves in their hair totally neglecting their hair. And I know the weave is fabulous honey, but you have to take care of the hair underneath. That’s what TPH by Taraji will give you- the most amazing refreshing experience. This line is perfect for taking care of your natural hair.”

Taraji’s first and middle names are of Swahili origin: Taraji (“hope”) and Penda (“love”). According to a mitochondrial DNAanalysis, her matrilineal lineage can be traced to the Masa people of Cameroon. 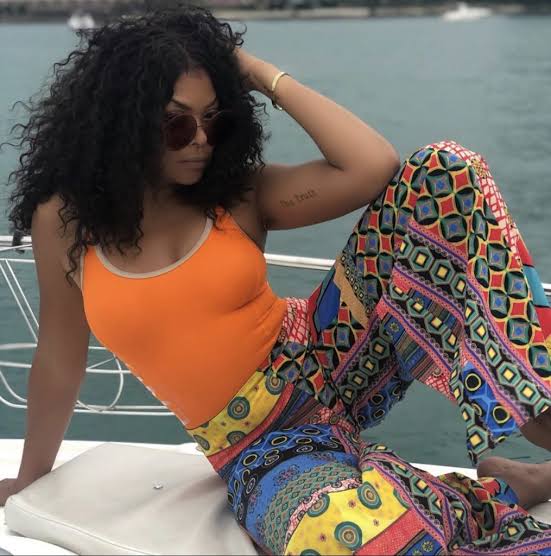 Taraji P Henson is a strong supporter of People for the Ethical Treatment of Animals (PETA); Taraji in January 2011 appeared nude in an ad for the I’d Rather Be Naked Than Wear Fur campaign.

She joined PETA again for their 2013 campaign, “Be an Angel for Animals”, where Taraji posed with her family dog Uncle Willie. “Chained dogs suffer day in and day out,” the ad stated. “They are cold, hungry, thirsty, vulnerable, and lonely. Keep them inside, where it’s safe and warm.”

In February 2015, Henson posed in an ad for the NOH8 Campaign supporting the LGBT community.

She announced to LiveKindly that, late in 2017, she had switched to a vegan diet to prevent stomach cancer.

In 1994, Taraji P Henson gave birth to her son Marcell. His father, Henson’s high-school sweetheart William Lamar Johnson, was murdered in 2003. However, Taraji got engaged to former NFL player Kelvin Hayden on May 13, 2018.

Taraji also, has principally being celebrated, not just for being an actress who has impacted lives, but for her work with the Borris Lawrence Henson Foundation. The foundation was set up with the aim of eradicating the stigma which surrounds mental health in the Black Community. She established the foundation in 2018 in memory of her late father.

According to Henson, she said she suffers from bouts of depression and her anxiety levels kick up on a daily basis. She said she hadn’t dealt with anxiety of this sort ever, it was something new and it was quite worrying.

Taraji spoke at length with Variety in an interview about her work with the foundation, pay inequality, and women thriving in the entertainment industry.

She was honored in Variety magazine’s issue dedicated to celebrating the Power of Women.

Taraji has been blinging in her style recently. She has been killing and slaying all her looks. Take a peek.