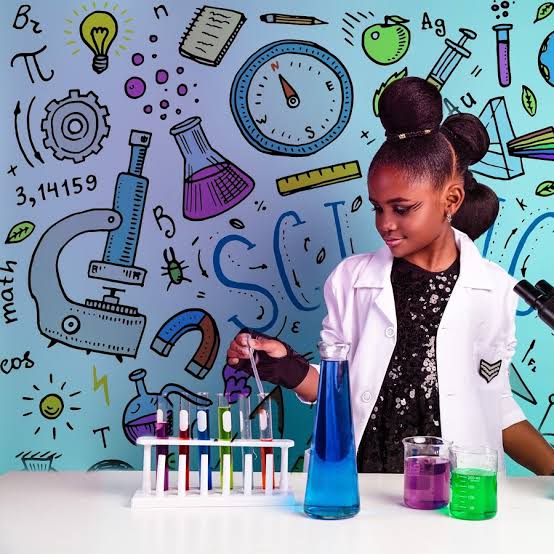 Amoy Antunet, is a young whiz kid from Atlanta, Georgia. The “Brain-box” got hooked on science at the age of three after coming across a microscope owned by her father. As a result, she became her father’s “study buddy.” Davin Shepherd, who was then 43, and a colleges student, began explaining everything he was learning during his biology classes to his daughter.

Subsequently, Amoy began experiments from a lab in her bedroom with a collection of test tubes, replica organs, microscopes, and chemicals she built for herself.

At the age of five, she started appearing on the internet with her dad. And conducting experiments and giving science lessons from the lab.

Amoy Antunet, has a Facebook page; “Science for children with Amoy Antunet”. Her videos have over a million videos.

Amoy Antunet, also loves math and gymnastics. She says she makes her videos because she wants to “help people understand different types of science.”

“When I was a little girl I said I wanted to be a pharmacist but now I want to be a neurosurgeon who helps people with neurological disorders. 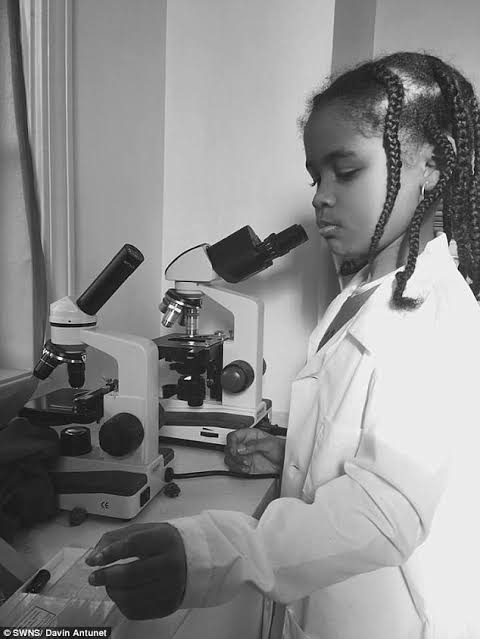 “So far I’ve mostly learnt about the heart and the brain and I want to learn about Multiple Sclerosis in the future so I can help sick people like my aunt, who has it.

“My daddy will teach me.”

Proud Father Of A Whiz Kid

Amoy’s father, Shepherd, is proud of his daughter. He says he will continue to help his talented daughter to achieve her goals.

“At first I thought it was cute but then I started seeing how she really grasped some of it,’ he said. 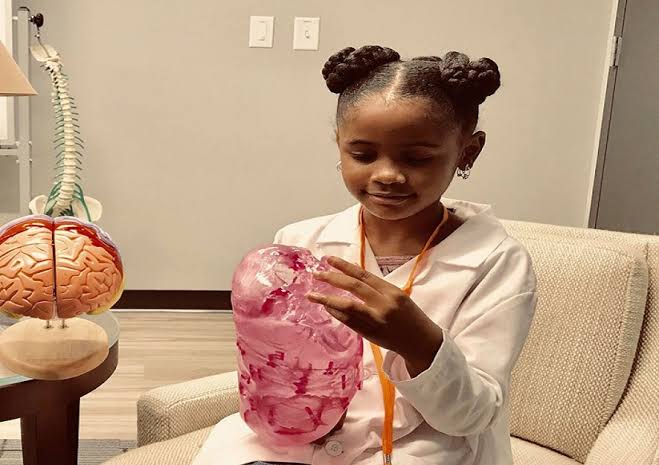 “After a while it became something we did together. We would go through lessons and she would pretend to teach me, and that’s how we learned.

“It’s one of the things she does for playtime now. She will put on a lab coat and run to the lab and do all the stuff she wants.”

Amoy Antunet, has been invited to the University of Alabama’s Neuroscience Lab. Also, she has also appeared on CNN, the BBC and other major media outlets as well as conferences where she has spoken on Alzheimer’s.

The pretty genius, was recently a keynote speaker at a Youth Innovation Summit. That helps students get more interested in the STEAM and the STEM programs.

“If you scratch out the science stuff, I’m actually pretty normal,” the 8-year-old genius said while advising students at the summit this January: “They should act on their potential, and if there’s something that you really like you should act on it.”

This little black girl is winning and we are watching out for her in years to come.