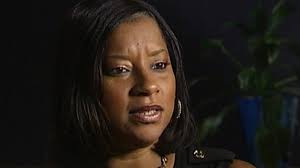 Saturday, 11th September 2021, marked the 20th anniversary of the 9/11 attacks on the world trade center in New York City. To any other person this may be an ordinary day but for Genelle Guzman 11th September of every year will always hold a special place in her life. It is a remainder of God’s faithfulness in this lady’s life.

20 years ago Genelle was among the hundreds of people trapped in the Twin Towers building after the 9/11 attack. But unlike many of the victims the 30 year old Genelle then managed to get out of the horrible situation alive even after being trapped for 27hours.

Like any other person Genelle had left her home country Trinidad in search of a better life. She was lucky enough to get a job at Tower 1 as an office temp for the port authority of New York and New Jersey.

Speaking to the people, Genelle, 50 now narrated the whole ordeal on what transpired on that fateful day. The young hard working secretary was in her office located on the 64th floor of the tower running her day to day errands when she heard a loud boom.  Although the hit shocked her floor this did not move her and she continued with her work. It was after the second shake that Genelle together with a lady colleague decided to escape through the stairway.

The two ladies however did not manage to get out of the building as it collapsed when they were on the 13th floor running down. “Everything just went boom. Everything was just coming on top of me,” recalls Genelle. She would then end up being buried in the mess for more than 27hours.

“I felt like I was there forever. I just thought I was dreaming. I just figured this has to be a dream. This is not happening. And I didn’t know if anybody was going to find me. I just laid there. I heard everything that was going on. I heard someone cry out for help in a very faint voice. I would hear the trucks and the walkie talkies going off. But I couldn’t call out for some reason. Dust in my mouth, my nose. I was just laying there. Just didn’t know what to do, what to say, “Said Genelle.

“I tried to put my head out and I realized that it was really wedged and stuck. I was thinking I’m going to die. I knew I wasn’t going to get out. I’m preparing myself to die. But then I decided to pray. I just knew that I wanted to live because I wanted to see my daughter Kimberly. I just kept praying and begging, just asking God to show me a miracle,” narrates Genelle.

And then I was giving up. And I said, ‘Oh God, I can’t take this no more’ when I heard someone call out to me, ‘I got you. My name is Paul,’ Genelle told the people that the man held her hands promising not to let her go.

When Genelle was finally rescued her right leg was already broken and her face burned.  This forced her to spend over a month in hospital. Today Genelle survives with a permanent limp after a fourth surgery saved her leg that the doctors were contemplating on amputating.

Genelle is now happily married to her then boyfriend, Roger McMillan and together they have two daughters plus the third one from her previous relationship. Genelle works as a supervisor for the Port Authority at LaGuardia airport.