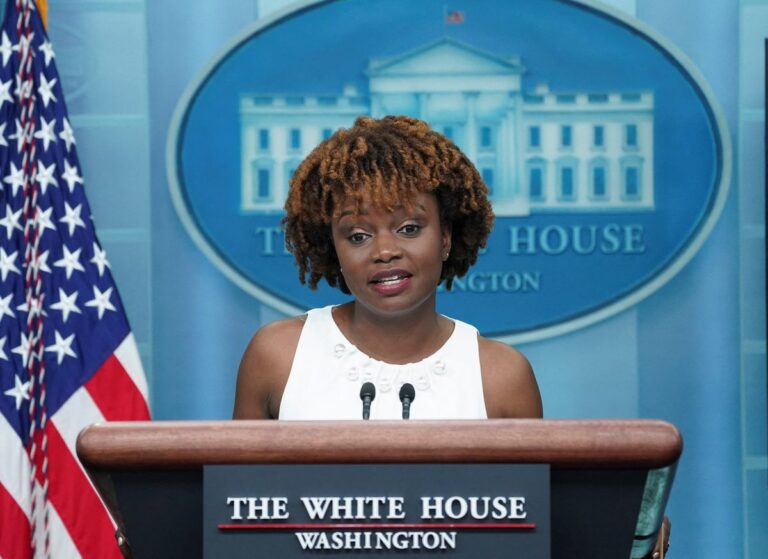 The historic announcement highlights a Biden administration that has prioritized putting black women in positions of power, which is often regarded as an essential but politically invisible component of the Democratic Party coalition.

“Jen Psaki has set the standard for returning decency, respect, and decorum to the White House Briefing Room,” Biden said in a statement. “I want to say thank you to Jen for raising the bar, communicating directly and truthfully to the American people, and keeping her sense of humor while doing so.”

Since the start of the Biden-Harris administration, Karine Jean-Pierre has served as deputy press secretary, filling in for Jen Psaki behind the White House podium and briefing reporters traveling with the president.

Prior to joining the White House, Karine Jean-Pierre worked as the chief of staff for 2020 vice presidential nominee Kamala Harris and as the national spokeswoman for MoveOn.org during the 2016 election. She previously worked on both of Barack Obama’s presidential campaigns.

Ms Psaki took to Twitter to call her successor a “A remarkable woman” with a “moral core.” I can’t wait to see her shine as she brings her own style, brilliance, and grace to the podium.” “she stated.

While formally announcing Karine Jean-Pierre’s new role, Psaki, who was holding back tears from the briefing room podium, said having a Black woman who was also LQBTQ+ in the high-profile position “will give a voice to so many.”

When she leaves, Psaki is widely expected to take a position at MSNBC. Her last day on the job is set for May 13th.