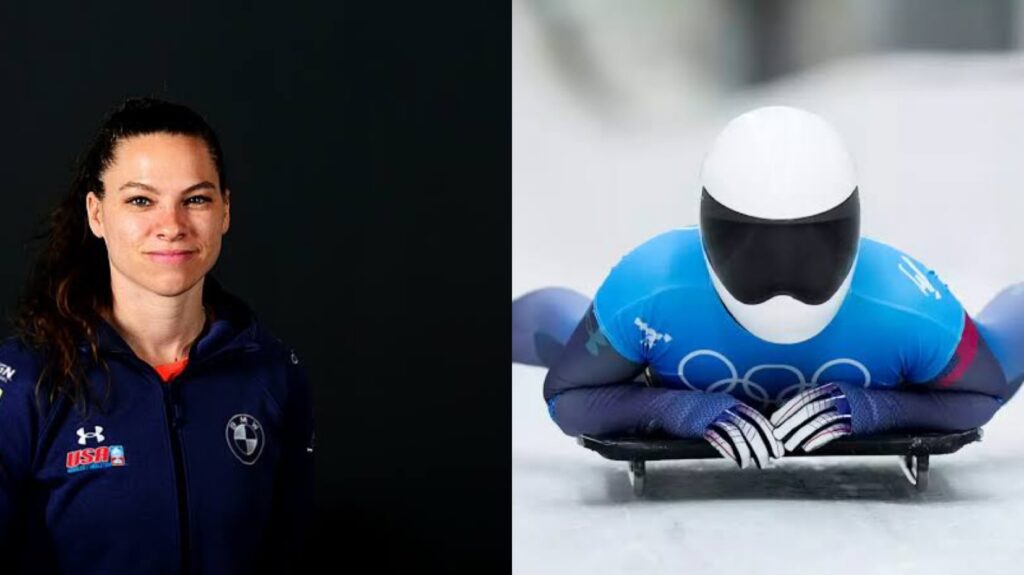 Since skeleton was first introduced in the 1928 Games in St. Moritz, Kelly Curtis is the first black athlete to represent Team USA “I’m the first,” Curtis said in an interview for TeamUSA.org, “but I’m definitely not going to be the last.” Skeleton is a heart-racing, adrenaline-fueled event where a single racer flies face-first down a frozen track; sometimes going more than 80 mph, belly-down on a sled. After completing the first two heats in day 1 of women’s skeleton, Curtis sits in 18th place and is set for the final two heats on Saturday.

Kelly Curtis is quick to acknowledge this sport is “crazy.” That doesn’t make her love it any less.

The event has been a mainstay at the Winter Games since 2002. At the Beijing Winter Olympics, just three Americans will compete for a medal — and Curtis is one of them.

As soon as Curtis shot herself down a topsy-turvy track in Beijing on Friday, she made history. 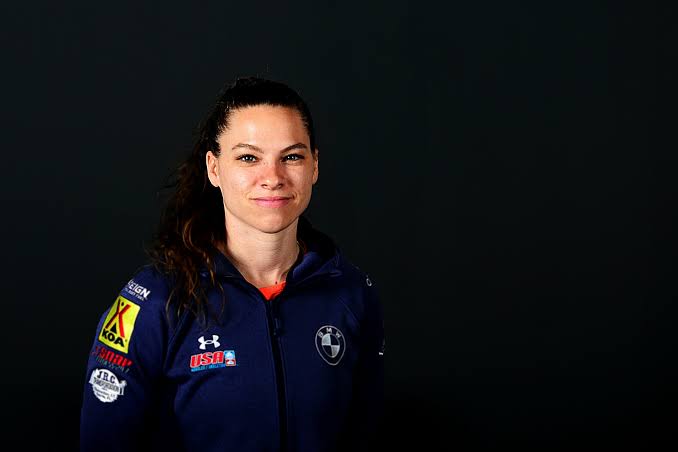 Curtis is the first Black athlete, man or woman, to represent the U.S. at the Olympics in skeleton. The 33-year-old is also the only member of the U.S. Air Force at this year’s Winter Games. She grew up in New Jersey with a family of athletes. Her mother worked in the local fitness community; her father is a former NFL player and each of her older siblings played sports.

The inherent pressure of being “the first” and “only” isn’t fazing her, she said.

“I am treating this like every race,” she said.

She also credits the support of her family for helping her on the path to Beijing, including her husband; Jeff Milliron, who is also her strength and conditioning coach.

After the start of her tw0-day event Friday morning, Curtis stands 18th. Her teammate Katie Uhlaender is eighth. They are scheduled to next compete for the final round of skeleton runs at 9:55 p.m. Beijing time (8:55 a.m. EST) on Saturday.