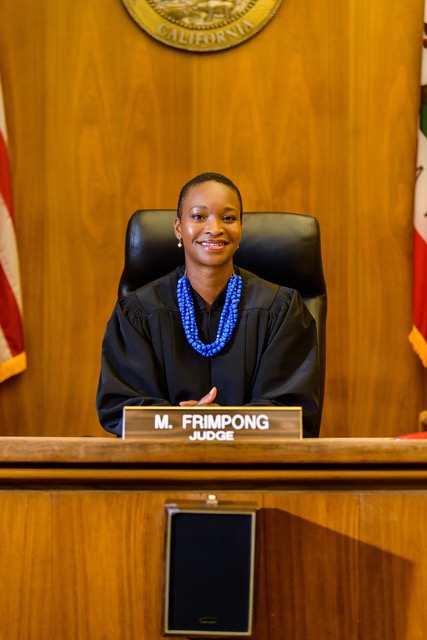 These courts have only seven female judges working for them, and should Maame’s nomination go through, she will join as the eighth female judge in the entire USA.

Maame has been nominated to work in the U.S. District Court for the Central District of California. But who is this phenomenal black woman? Let’s find out.

Maame was born in 1975 in Los Angele County, California, to a Ghanaian immigrant family. Her parents Theodore Ewusi-Mensah and Kwaku Ewusi-Mensah are both immigrants from Ghana.

Maame holds a Bachelor of Arts degree from Harvard University earned in 1997. She also has a Juris Doctor from Yale Law School.

After earning her Arts degree in 1997, Maame worked as a high school teacher in a public school in Ghana. She, however, left a few years later to pursue further studies in law.

After earning her J.D. in 2001, Maame joined Hon. Stephen Reinhardt, the U.S. District Court Justice for the Ninth Circuit Court of Appeals as a clerk. She worked with him for almost two years before joining Morrison and Foerster LLP law firm as an associate.

Maame worked with this law firm for approximately five years, where she concentrated on civil and intellectual property litigation. From here, Maame left California and joined the U.S. Department of Justice in Washington, D.C.,

In 2015 Maame took a break from the Department of Justice and joined the humanitarian world under The Millennium Challenge Corporation in Washington D.C. She served in different capacities, such as a corporate secretary, general counsel, and vice president.

Governor Jerry Brown appointed Maame to serve as a judge of the Los Angeles County Superior Court in 2015. to date this is her current role.