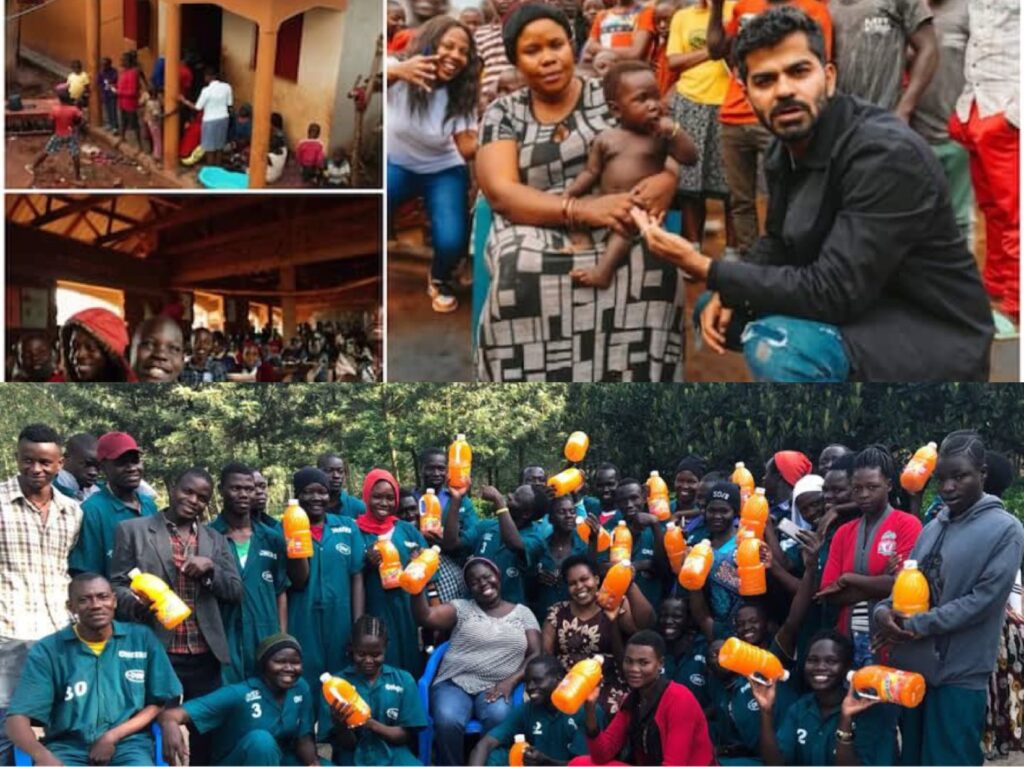 40 year-old Mariam Nabatanzi  has been dubbed Mama Uganda after giving birth to 44 children, 22 boys and 16 girl. She gave birth to all her children for one man, although she is currently no longer married to him. She became popular for giving birth to many children although she’s not married to any man at the moment, however she told Joe Hattab in a video; an explorer that she was married off at a very tender age. According to her, she was given by her parents to her then-husband at the age of 12 and she started giving birth at age 13.

In her narration, Mama Uganda said she eventually became a single mother, after her husband abandoned them while disappearing with all the money they had.

Mama Uganda has been living alone, paying the dues of her remaining 38 children as six of them are dead. The single mum has been able to enrol all her children in school and they all live together in the same house. 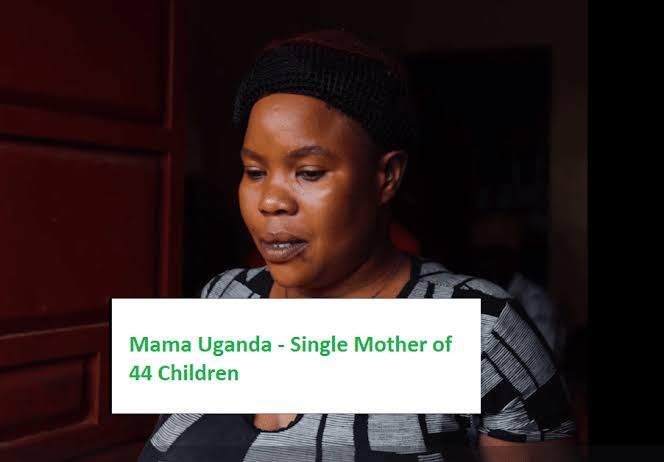 According to her, she delivered her babies without any form of health challenges. She is said to have delivered a single child once, while all others have been twins, triplets and quadruplets. The documentary also confirmed that Mama Uganda’s children who are still alive consist of 22 boys and 16 girls. According to her, a doctor had told her that she is a very lucky and fertile woman.

According to the documentary, Mama Uganda had twins 4 times, triplets 5 times and quadruplets 5 times in addition to the single delivery she had. Mama Uganda didn’t use any medical procedure to birth her babies. She’s said to have tried different family planning to stop her childbirth but that none worked for her. According to her doctor, because of her genes, she was going to give birth plenty times. The doctors told her she had to keep giving birth in order to reduce the fertility levels of her ovaries because she is too fertile.

After her first sets of twins were born, Miss Nabatanzi went to see a doctor who told her she had unusually large ovaries. He advised her that birth control like pills might cause health problems.

Mama Uganda’s fertility has been commended by many who refer to her as a lucky and blessed woman; her last child is currently 5 years old as he was born in 2016.

Despite being the subject of many media reports and interviews, Mariam is still struggling to fend for her children as she engages in; hairdressing, event decorating, collecting and selling scrap metal, brewing local gin and selling herbal medicine just to be able to cater for her children as they are all in school and she needs to pay school fees as well as Carter for their food, clothing and medicine.

Having endured a very harsh childhood herself, Nabatanzi’s greatest wish now is for her children to be happy; and she is trying her very best.  Her children are also proud of her.

Mama Uganda is currently the woman with the most children in the world.