Meet Osemwengie, The Nigerian With 7 Masters Degrees And 4 Phds Who Makes Drones For The U.S 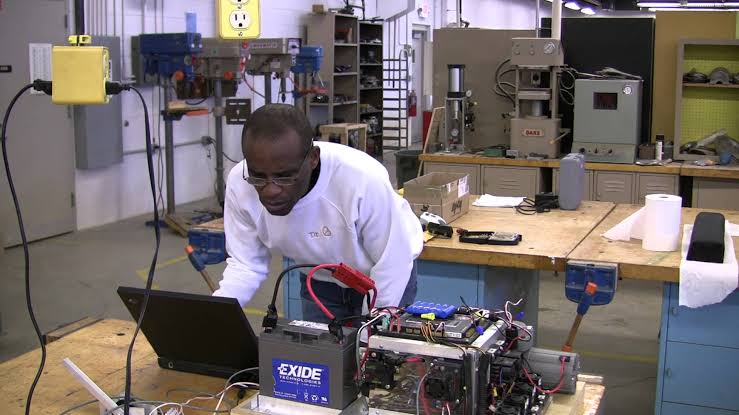 Osatohanmwhen Osemwengie  is a Robotics expert who works with the National Aeronautics and Space Administration (NASA), and has been able to deploy several drones to many parts of the world. He is one of the black sons making the motherland proud.

The renowned founder of the Open Robotics University is also an academic.However, before relocating to the United States, he was an administrator at the College of Education, Benin.Where he was named Educator of the year.

Also, he became an administrator and lecturer at the Columbus City School in the United States. He has seven masters and four PhDs.

Osemwengie was once quoted to have said “Six master degrees, not bad. I was in the State of Ohio on Monday, December 12th, 2016 for my Masters of Business Administration (MBA) graduation. “This is my 6th master’s degree and will begin work on my 7th master’s degree in January 2017, and my 4th PhDs. degree at University of Texas at Dallas in September of 2017”.

Additionally, Osemwengie is the founder and CEO of Ubiquity Interface INC, a Texas-based Engineering Corporation. He also works with a team of foreign engineers as well as his brother. Only identified as Ken, who is a retired lieutenant colonel in the US Army.

Furthermore, Osemwengie, in February 2017, released his latest research. Which has been submitted to the US Army entitled “QuantumDB API for Database Security and Integrity Enhancements”.

“QuantumDB is a database system required for implementation of secured database management system by the Army and Department of Defense. Within non-clustered environment in tactical space where computing and storage resources are limited.” the research abstract that was cited by The Cable stated.

Osemwengie, made a name at the 2008 world robotics championship. After having coached robotics and been a software engineering mentor to robotic teams. He also works with National Aeronautics and Space Administration (NASA). And has been successful in sending drones to different planets, including Mars and Jupiter.

“NASA’s Next Mars Rover Progresses toward 2020 launch. Many years ago I worked on prototype of Mars Curiosity Rover that has roamed Mars for more than 4 years and counting,” Osato said of his work with NASA.

As a result, “We are now working on the next rover set to launch in 2020”, he was quoted by The Cable.

Osemwengie is also a facilitator for the Ohio Leadership for Integrating Technology Initiative (OLIT). Which is sponsored by the Bill and Melinda Gates Foundation.

From the likes of Jude O. Nkama, who became the first African to be appointed as a judge in New Jersey, USA; the super-talented Nigerian man who designed the 2014 Chevrolet Volt; the Nigerian engineer who built the fastest carbureted front-wheel car in the world. All the way to the 26-year-old Nigerian who is now the highest paid robotics engineer in the world. Hence, Nigerians have made their country proud with these wonderful undertaking.