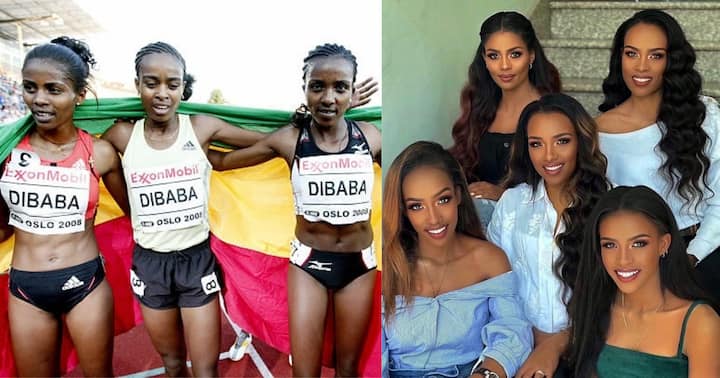 The sisters have always revealed that they were inspired into athletics by their cousin Derartu Tulu; whose name is in the books of history as the first black African woman to win an Olympic gold medal in the 1992 games. 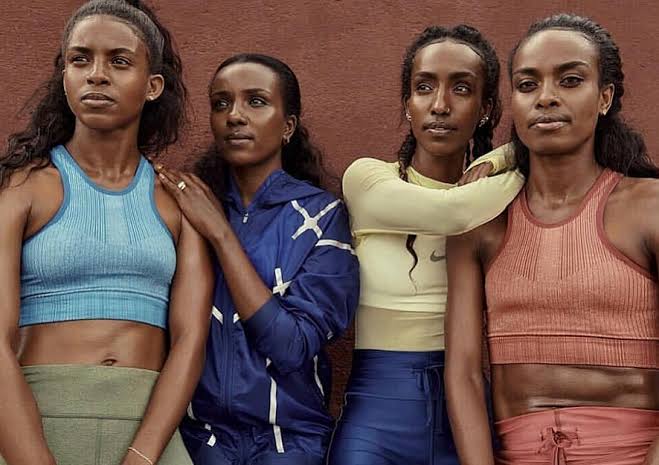 Tirunesh Dibaba: Ethiopian long-distance runner who has achieved multiple Olympic and World Championships gold medals and world records. She is the middle sister of Ejegayehu and Genzebe Dibaba.

Tirunesh holds three Olympic gold medals, five world championship medals, and is also the 5000m world record holder. She got married to fellow track-and-field Olympic medalist Sileshi Sihine in 2008 at a wedding ceremony that drew half a million people and was televised nationally in Ethiopia. The couple is blessed with a son named Nathan.

Ejegayehu Dibaba: Ethiopian long-distance runner and 2004 Olympic silver medallist at 10,000 meters. She is the older sister of Tirunesh and Genzebe Dibaba.

Genzebe Dibaba: Ethiopian long-distance runner and 2015 1,500-meter World Champions gold medalist. Genzebe, the younger sister of Ejegayehu and Tirunesh, won the IAAF’s Athlete of the Year award in 2015; which is the most coveted honour in athletics after breaking her first outdoor world record (1500m) and winning the 1500m title. She broke three world indoor records in a span of two weeks in 2014, a feat that saw her crowned the Laureus World Sportswoman of the Year award.

According to their mother, Gutu, her daughters have run their way into success as a result of a loving environment; and a steady supply of milk from the family livestock. The little Dibaba grew up in a round mud hut that had no electricity, something that could arguably have contributed to them working their heels off to run away from the biting squalor, and they did. At the moment, the Dibabas are swimming in wealth, having invested in real estate; owning multiple buildings in Ethiopia’s capital Addis Ababa, as well as the five-star Tirunesh Hotel.