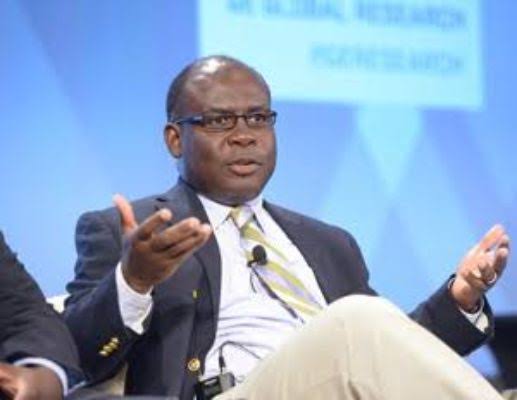 Dr Ashitey Trebi-Ollennu was born in Ghana where he completed his primary education at Garrison Primary School in Burma Camp; before moving on to Ghana Secondary Technical School, Takoradi. For his tertiary education, he predictably opted for studies in the aviation sphere having always been fascinated by the field. He obtained a Bachelor-of-Engineering in Avionics from Queen Mary College, University of London, in 1991.

Dr Ashitey Trebi-Ollennu, can take some extra pride and perhaps even give himself a pat on the back for the recent historic landing on Mars. Having risen through the ranks to the position of the team lead for InSight at NASA’s Jet Propulsion Laboratory; the Ghanaian engineer was right in the mix and his remarkable work was instrumental to what has so far been a successful project.

According to a CNN reportage, Dr. Ashitey Trebi-Ollennu was eulogized greatly and given due credit for playing a major role in helping NASA to successfully deploy a lander on the surface of Mars.

Ashitey Trebi-Ollennu had always been drawn to aeronautics and spacecraft from a very tender age. Growing up in Ghana, he spent most of his early childhood in his family home which coincidentally seated in close proximity to a domestic airport. That may have piqued his earliest interest in flying aircraft and unmanned aerial vehicles. As a child, he is said to have also fantasized about taking humans out of cockpits and flying aircraft remotely.

As time went by, he decided to step up his interest in the field by furnishing himself with some rudimentary knowledge. Before long, he stumbled upon literature related to the “glass cockpit” concept designed for commercial and military aircraft.

Despite working outside Ghana, he has demonstrated his sense of commitment to Africa; by joining certain organizations in Ghana where he contributes his knowledge. This is great news to Africa, especially in this era of scientific revolution. There are lots of African scientists out there and We need to identify and encourage more of his kind to also do more for the continent.

Staying to true to his African roots, Ashitey Trebi-Ollennu founded the Ghana Robotics Academy Foundation (GRAF) in 2011.As a result, The Foundation is a non-profit organization that has made it its mandate to pioneer science education in Ghana; by organizing practical robotics workshops and competitions for students at both the secondary and tertiary levels.

The vision behind Trebi-Ollennu’s Ghanaian foundation is thought to be motivated by; the need to bring young scholars in his home country up to speed with adequate education and competitive technical skills in robotics technology and engineering. Therefore, The organization has set its sights on igniting the passion of young students for technology and engineering through fever-pitched competition.

The Ghanaian spacecraft engineer is a fellow of a number of institutions including; the Royal Aeronautical Society, U.K., Institution of Engineering and Technology, U.K., and Ghana Academy of Arts and Sciences.

In what has been a stellar career laden with accolades and trophies; Ashitey Trebi-Ollennu has garnered for himself a considerable amount of high-profile recognition. Raiding his trophy cabinet would reveal such prestigious prizes as; the NASA Exceptional Engineering Achievement Medal (2008), Sir Monty Finniston Achievement Medal (2007), Outstanding Engineer Award (2007); the JPL Mariner Award (2006), as well as the NASA Group Achievement Award-Mars Exploration Rover Avionics Team (2004). Amongst numerous others.

He is now a lead engineer on InSight – NASA’s spacecraft which recently landed on Mars. He is in charge of the mission’s robotic arm mechanism.
The goal of InSight is to understand how planets are formed. But to do so, there is need to look deep beneath the surface. “You have to look at the core of the planet,” says Ashitey Trebi-Ollennu, Instrument Deployment Systems Lead on InSight.

InSight’s robotic arm will place scientific instruments off the InSight lander onto the surface. “Our responsibility is to pick up the instruments that the scientists are going to use to examine the planets hundreds of millions of miles away,” Ollennu said.

The arm, more than 5 feet 9 inches (1.8 meters) long, has a camera attached that will provide 3D color views of the landing site. It is designed to place the seismometer on the surface and position the heat flow probe – a mole that can burrow 16 feet (five meters) into the ground.

It will take two to three months for InSight’s robotic arm to set the mission’s instrument on the surface.

For now, the robotic arm will be taking pictures of Mars.

“This is my fifth mission landing on mars that we are working on. I’ve been working on Mars for like 20 years now,” he says.

His former projects on Mars includes: the 2003 Mars Exploration Rover, Phoenix Mars Lander of 2007, Mars Science Laboratory in 2011, and the 2016 Insight Mars Lander.