Meet The Tanzanian Who Aims To OverRun Uber 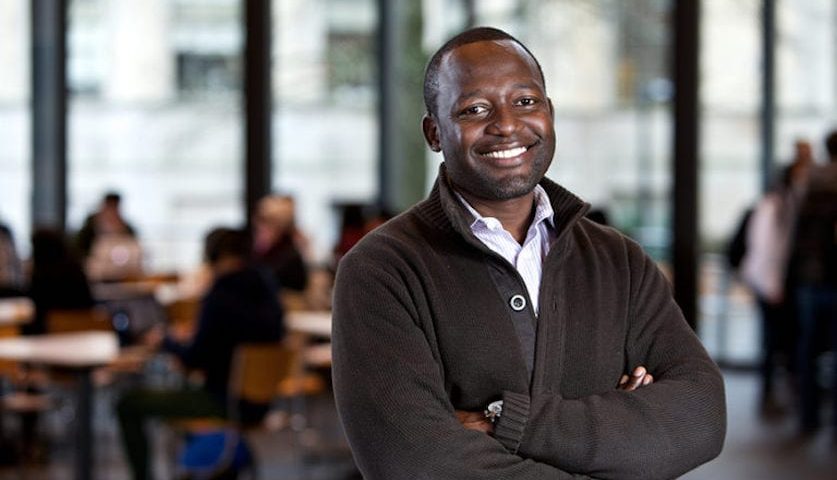 Is Uber about to get an even more serious competition from Tanzania? It would seem so as this Tanzanian Entrepreneur is ready to Overrun Uber operations worldwide

Tanzanian-born Godwin Gabriel has a non-tech background but is challenging the Ubers of the world with a ride-sharing app of his own.

Godwin Gabriel has always had the gift of the gab. At 17, he closed the biggest deal in Dar es Salaam, Tanzania, supplying food and beverages to a five-star luxury hotel overlooking the picturesque Indian Ocean.

As he recalls, it all happened in a flash: one minute he was a youngster looking for extra income and the next, he was sat across a table, suited and booted, having lunch with the food and beverages manager of the hotel and her team with only $55 in his pocket.

“I was scared I could not afford the bill. When the bill came, it was literally 55bucks. I remember sweating and I was literally getting ready to prepare to wash dishes, but it all worked out in the end and I got the deal,” he says of that meeting.

Then came the hard part. With no money to pay suppliers, Gabriel had to rely on his gab yet again to get the trust of suppliers to deliver on credit. His natural flair for business made his parents uneasy; fearing he would not return to school, they shipped him off to the United States (US) in an attempt to get him back to his books, but it was too late: Gabriel had already caught the entrepreneurial bug.

For the next three decades, that gift of the gab combined with grit, self-confidence, and perseverance would serve Gabriel well, driving him beyond personal and professional setbacks to create a business that would compete with giants like Uber and Lyft.

Gabriel is the founder of Moovn, an app that seeks to capture a piece of the billion-dollar ride-sharing market and that he hopes will eventually dethrone Uber, which, over the past few years, has experienced significant challenges. The company suffered several scandals and allegations which led to the #deleteuber campaign and the resignation of CEO Travis Kalanick. In South Africa, Uber drivers have had several clashes with taxi drivers, some deadly, prompting the company to hire private security forces to protect them.

Despite these woes, Uber still has an imposing 74% of the ride-sharing market with operations in over 633 countries and a valuation of $72 billion. Regardless, Gabriel remains unperturbed.

“We are in our own lane, and before the end of the year, we will be a complete threat to them. They are studying us, and they know who we are. We know this because in the search words or key words on Google, when someone types in Moovn, you get an Uber or Lyft ad and it is something that is in their metadata. So they must have put our company’s name in their metadata,” says Gabriel.

He believes the key to any ride-sharing service’s success is taking care of its drivers. To avoid the mistakes made by other ride-sharing apps, he has redesigned his app’s user experience to empathize with the driver, a trick he learned in his early days in the hospitality business.

Gabriel’s journey has been a natural evolution marred by a series of ill-timed events. Like the time he came close to fulfilling his childhood dream.

“When I was younger I dreamed of being a pilot; I was actually hired by American Airlines to become a junior in their flight-training program. Everything was lined up to make that dream happen but just before I reported to the job, 9/11 happened and that was a wrap. I went back into a different industry and never returned.”

Then there was the time he was working as an asset manager. Gabriel had spent a significant amount of time building his expertise in the hospitality industry, acquiring an enviable clientele that included Marriott and Starwood hotels. But just when it seemed like the world was Gabriel’s oyster, disaster struck.

“It was a very strong area for me, but it wasn’t until 2010 when the aftermath of the economic recession was really felt and a lot of these real estate portfolios went belly-up. It was a really tumultuous time in terms of most industries and I found myself constantly working long hours and getting burned out. So, by the time the last assets were taken off my hands, I wanted to change my career,” says Gabriel.

The US subprime mortgage crisis that sparked a nationwide banking emergency left most of Gabriel’s portfolios in receivership. Portfolios previously worth billions of dollars were now being sold for about $100 million, and with that, it was time for Gabriel to yet again look for a new industry and start all over again. But luckily, he had stumbled on an idea to provide a cab service to the guests of the hotels he managed.

“Back in 2006, I started a luxury car hire business with a chauffeur in Seattle for business executives, because I had already made access to these hotels. It was a little side hustle that turned into a big deal. I went from a couple of cars to 15 to 20 cars, and I had to outsource a large volume of demand to independent operators.”

“It was one of those things that I was always interested in, so when Uber came, and they were doing what we did back in the day with technology, I said to my partner what if we had that technology when we were doing our business back then?”

For Gabriel, an MBA from the University of Washington’s Foster School of Business would prove instrumental in helping him to spot the potential of technology.

“Towards the end of my course, we did a consulting bid for Microsoft for an education software for two of the largest economies in the world, India and China, and I led that project. I was exposed to technology and I thought this was amazing. I had no tech background and never worked for a tech company before. I was just amazed at the margins and I thought this is the industry for me,” says Gabriel.

And that was how he began to look for opportunities in the tech space. He initially approached several developers to build an app for him, but getting people to buy into his vision proved difficult. So instead of giving up, he decided to build it himself. Hours of YouTube videos and discussions in chatrooms later, Gabriel developed a working prototype which he used to test the viability of his idea.

“We had the clientele; we had the relationships; and we had the drivers and so I sent out a little survey to some of them and the clients I had and asked ‘what if I created something like this, would you be interested?’ The response was overwhelming. At around the same time, It was also at the time that some of the drivers were complaining about being mistreated by some of these larger platforms, about not being able to earn a decent living and working long hours.”

That was when Gabriel decided that he would go the B2B route instead of chasing the consumer market that Uber was already dominant in. In addition to being the mastermind behind Moovn as well as its chief executive, Gabriel sees himself as an activist fighting to give the forgotten driver a voice.

Gabriel began by targeting hotel partners who wanted to book rides for their guests, which helped to drive revenue and get the platform to where it is today. Another way Moovn set itself apart is through a strategic alliance with Vodacom in Africa, which helped offset the operational costs of launching the app. Lastly, there is Gabriel’s personal touch which he uses to recruit his drivers.

“I was in the airport parking with my laptop recruiting drivers, and sometimes I have lunch with our ambassadors too. So being able to connect with people and speak to them and find solutions to their issues is where I get most of my juice. You get to hear things firsthand. This is where we fly, and we are different from other platforms. We don’t have to wait to hear via email but hear it firsthand and that helps us. Whether it is via improvement in the app or improvement in our processes, it is easy to make decisions right there and then without the hierarchy.”

The company already has a presence in nine states in North America with the planned addition of three more states, and an employee count of 150 people across its various divisions. The company has also expanded into Africa with a presence in Tanzania, Johannesburg and Nairobi. It is also present in Dubai.

The ride-sharing market has been plagued in recent years by several challenges, mostly from local taxi drivers who meet the invasion of technology with animosity, often leading to violent clashes in some African countries. Gabriel, however, believes it’s a matter of negotiation.

“One of the things I often say is that taxi cabs have long existed in most countries. Taxis cannot fulfill the public demand on their own, however, and they depend on the informal sector to offset some of this demand.,” he says.

And with that, the old gift of the gab has managed to successfully bridge the gap between the two parties.