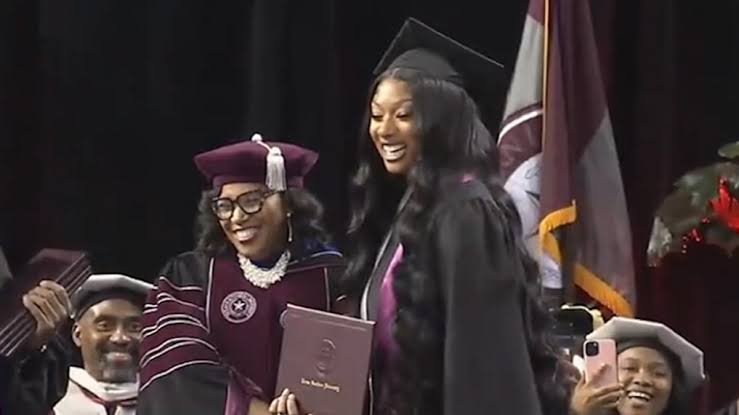 On the 11th of December, Megan Thee Stallion, real name (Megan Pete) became Megan The Graduate, as she received a degree from Texas Southern University in Houston. The Grammy award-winning rap star earned a bachelor of science degree in health administration from the Texas HBCU.

Megan Thee Stallion, walked across the stage in excitement as the audience and the rest of the winter 2021 graduation class cheered her.

During a June 2020 interview with PEOPLE, the Houston hottie made it clear that she was dedicated to finishing school despite her rap career blowing up. She wanted to honor both her mother Holly Thomas and her grandmother. Her mother died in March 2019 of brain cancer and her grandmother passed two short weeks after.

Megan Thee Stallion did it for women in her family

“I want to get my degree because I really want my mom to be proud,” she shared in the interview. Megan continued, “My grandmother that’s still alive used to be a teacher, so she’s on my butt about finishing school. I’m doing it for me, but I’m also doing it for the women in my family who made me who I am today.” 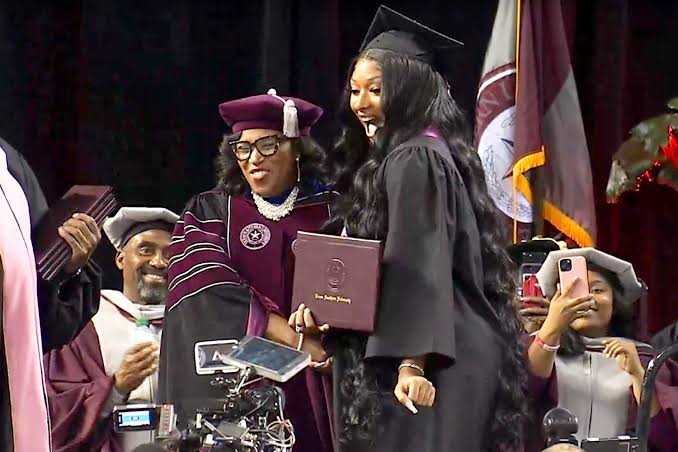 The day after receiving her degree, the 26-year-old rapper was also honored with a prestigious distinction from Houston politicians. Megan was given the 18th Congressional District Humanitarian Award by Congresswoman Sheila Jackson Lee.

“This award has not been given out often, or to many,” said Lee according to local news station ABC 13. “That is why it remains a special part in our congressional district. The district has almost 1 million people. When this award is given, it has that special promise and special history.”

“We are nothing in this nation if we don’t help our fellow brothers and sisters,” she added.

“I’m so honored,” expressed Megan. “It’s my responsibility to take care of the city that took care of me. My grandma always taught me to be kind and giving. I learned that from her.”

“So I want to dedicate this award to my grandma because she taught me to be the woman I am today.” She continued