Mike Tyson & Roy Jones Jr.’s Exhibition Fight Has Been Pushed Back To November 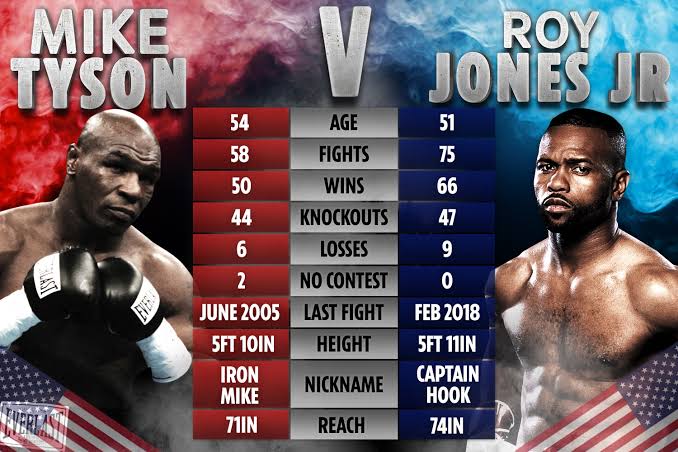 Recently it was announced that Mike Tyson and Roy Jones Jr. were set to step into the ring together and face off in September. Now it looks like fans are going to have to wait a little longer to see that match go down.

According to TMZ, the new date for Mike Tyson vs. Roy Jones Jr. has been officially pushed back until November 28th. When it comes to why the fight has been pushed back to Thanksgiving weekend, Mike Tyson said in a statement, “Changing the date to November 28th will give more people the opportunity to see the biggest comeback in boxing history. This temporary inconvenience will last longer than Roy Jones Jr. He better be ready, I’m coming full force.”

The site added that Triller, the company behind the fight, said the change of date was to accommodate a larger audience.

The company said, “Given the enormous interest, the holiday weekend will make this historic battle an even bigger viewing event.”

The company also announced an additional undercard fight which includes Badou Jack vs. Blake McKernan. As previously reported, former NBA player Nate Robinson and YouTuber Jake Paul, which will lead up to the main event.

As we previously reported, the match will be taking place in California and will also include live performances.

Prior to the fight’s announcement, there was some talk about Tyson facing off against Evander Holyfield in his comeback. However, the site claims there are still talks about that possibly happening after Tyson faces off against Jones.