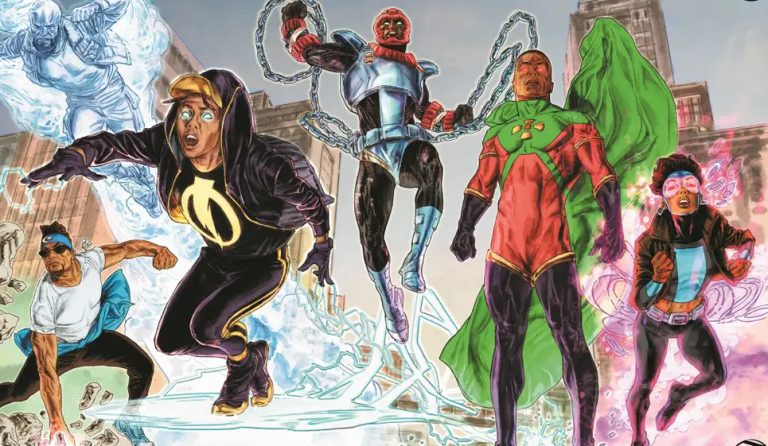 As states across the United States continue to attack Black History with racist and absurd anti-CRT laws, one of the largest comic book publishers is using its heroes to demonstrate that Black history is World history.

Milestone Media and DC Comics are teaming up to publish Milestones in History, a one-shot anthology. The 96-page book contains eight stories that chronicle the influence of Black people from the dawn of man in “Born in Africa – Mother of the World” through a celebration of Prince in “Controversy.”

The Milestone heroes featured in stories about the Queen of Sheba, World War I pilot Eugene Bullard, pioneering pilot Bessie Coleman, and NASA astronaut Mae Jemison are Icon, Rocket, Hardware, and Static. Milestone partners, Reginald Hudlin and Denys Cowan spoke with The Root about the creation and significance of the book.

As libraries and schools continue to remove books and lessons on Black history, Hudlin believes that Milestones in History is more important now than ever. As a matter of fact, he feels their approach will be even better than what schools are capable of because they will not be subjected to an angry mob of parents who will criticize and censor everything they write.

“These kinds of Black history comics had a huge impact on our childhoods. When Denys and I talked about relaunching Milestone, doing something like this was a high agenda item for us,” Hudlin stated.

“And thank goodness, because now we have a situation where 30-plus states are using CRT as an excuse to basically ban all Black history. We’re in a position via what we do in the media business, to supplement what’s being taken out of schools, and in some ways, doing it better. Because schools, God bless them, sometimes they just drain all the excitement out and we’re like, ‘No, let’s put the excitement back in. And let’s not half-step and worry about offending people. Let’s just tell the whole truth.”