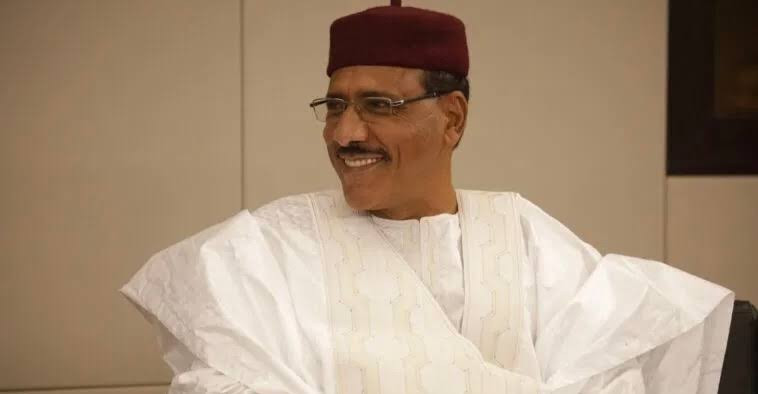 In Niger’s first democratic transition of power since independence from France in 1960; Mohammed Bazoum has taken the oath of office as president of Niger republic. The swearing-in ceremony was held at the Mahatma Gandshi conference centre in Niamey Friday afternoon. It comes despite a failed coup earlier this week.

According to Africanews; Outgoing President Mahamadou Issoufou who stepped down after two five-year terms handed power over to Mohammed Bazoum. Bazoum, the 61 year old former interior minister had been the right-hand man to Issoufou. 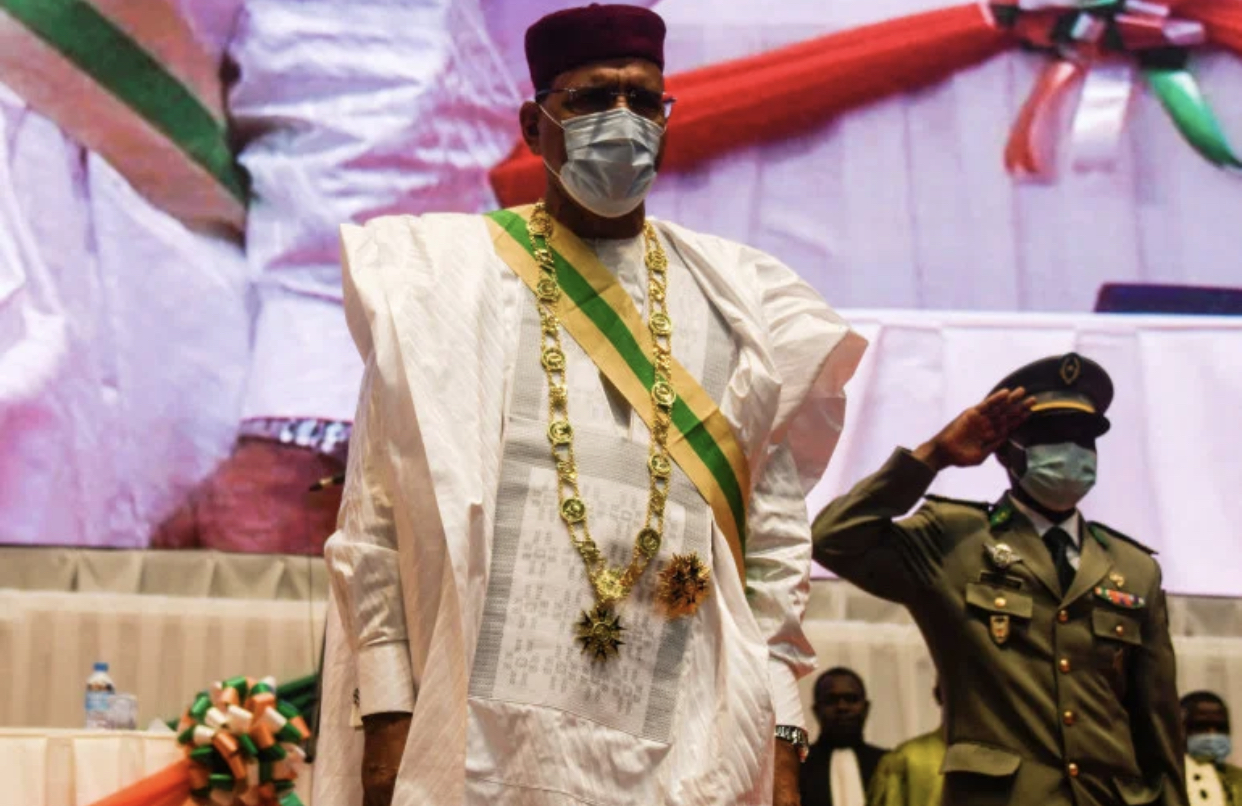 On Wednesday, outgoing president Mahamadou Issoufou presided over the swearing-in ceremony of; two new members of the constitutional court, and bid farewell to the presidential staff.

It was the constitutional court that validated the run-off election results in February which declared; Mohammed Bazoum winner over rival, Mahamane Ousmane.

Ousmane is still contesting the results and on 22 March, he called on the opposition not to sit in the national assembly; and on the army to disregard orders from an “illegal and illegitimate” authority.

Mahamane Ousmane, a former president has refused to concede and instead taken his case to the courts; sparking mass supporter protests that have been since been quelled.

It remains to be seen if his call or his rejection of the election results has any impact on the attempted coup.

Bazoum, who ran under the campaign slogan “to consolidate and progress”, has pledged to implement his so-called; “Renaissance – Act 3” programme – an ambitious plan to boost the economy and attract new investors, as well as stabilise border areas and improve the governance of the public sector. It builds on the first two “Renaissance” programmes, first launched by Issoufou in 2011.