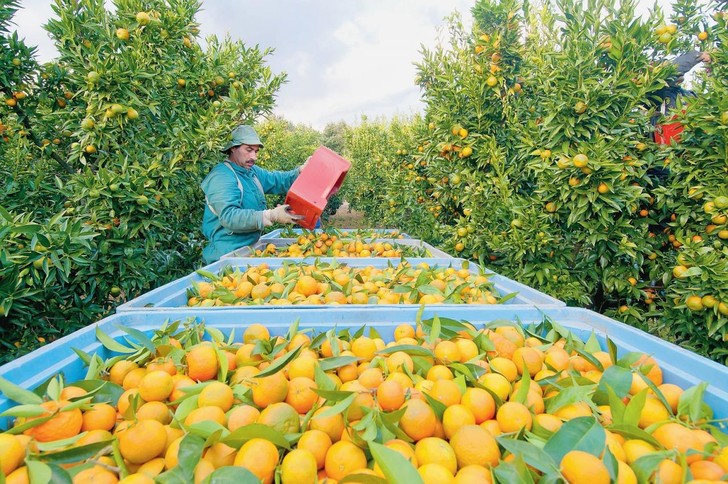 Clementine producers in Corsica France, are delighted that Moroccan seasonal workers are able to step in and help save their crops. Overwhelmed by the harvest and a shortage of labor, French farmers constantly seek the services of farmers from Morocco every year during harvests.

These Moroccan seasonal workers, made it possible to limit the fall in sales, to 20%.

Without them, “It was 40% less; according to the Corsican clementine producers, “It is indeed the Moroccan seasonal workers who have saved the harvest Islander, even if a Covid effect Caused sales to fall by 20%. They allowed the harvest. Without them, we would not have been able to bring in 40% of the fruit, it would have been catastrophic.”

François-Xavier Ceccoli, producer and president of the Corsica comptoir group, which brings together 70 producers, insisted to AFP on Thursday.

The Moroccan workers tested for Covid-19 before departure and upon arrival in relation to French Covid-19 guidelines.

“It was really very, very important to have this labour force now, to be able to collect all these fruits which must not remain on the tree for very long, otherwise we will reach over-ripeness,” Christophe Fouilleron, Clementine producer said.

Corsica’s farms are suffering from a lack of workers that worries farmers facing real prospects of seeing their crops rotting on trees.

900 Moroccan seasonal workers have so far travelled to Franc this year.

The government allowed them to bring in labourers during the pandemic, but further directed that they should respect the safety measures.

“The clementine harvest is not too affected by barrier gestures in the orchard, because in fact each worker will be at his post, a little far from each other. Once the worker is working inside the tree, they are rarely on top of each other, so in the end; they work normally, but with protective equipment, masks, etc,” Christophe Fouilleron, Clementine producer said.

In response to the economic crisis of 1973/74 the French government had banned the admissions of seasonal foreign workers.