KAMALA HARRIS NAMED THE 3RD MOST POWERFUL WOMAN IN THE WORLD ON FORBES ANNUAL LIST! 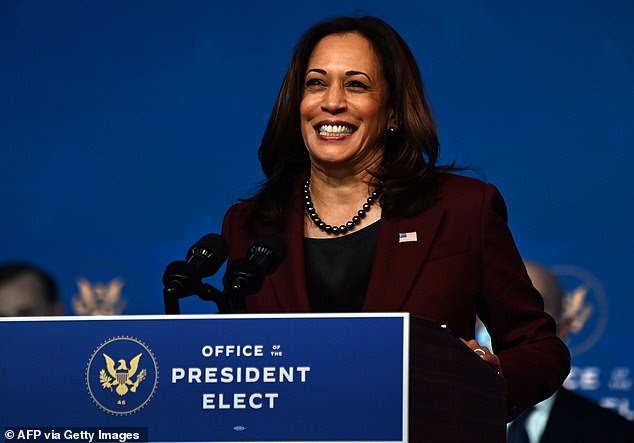 Forbes has released its annual list of the most powerful women in the world, and the Vice President-elect of the United States, Kamala Harris made her debut at number three.

Harris on Tuesday was named Forbes‘ top-ranked newcomer for 2020 after rising through the ranks as the first woman and first woman of color to be elected VP in American history.

It marks Harris’ debut on the prestigious list, but the US Senator is no stranger to firsts, having been the first Indian-American elected to the Senate in 2017 and the first to serve as attorney general in California in 2011.

She is among 100 of the most powerful CEOs, heads of state, and entertainers across the globe being celebrated this year for using their platforms to ‘address the unique challenges of 2020’.

‘The women on the 17th annual power list hail from 30 countries and were born across four generations. There are 10 heads of state, 38 CEOs and five entertainers among them,’ Forbes said on Tuesday.

‘But where they differ in age, nationality and job description, they are united in the ways they have been using their platforms to address the unique challenges of 2020.’