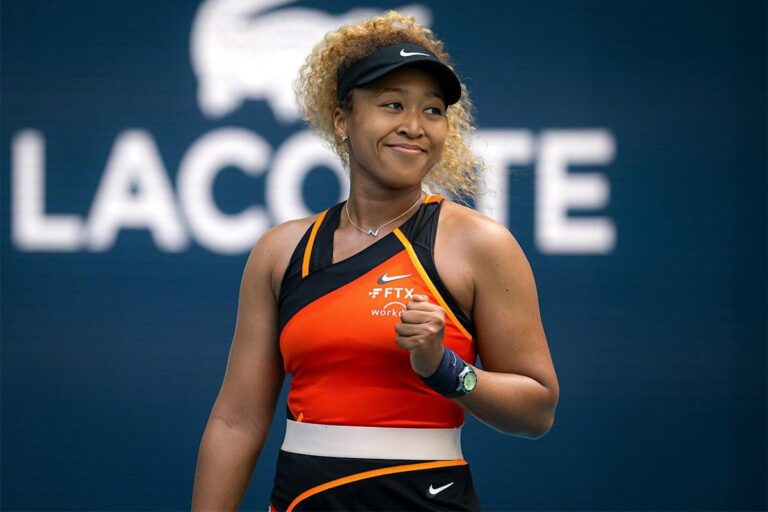 Osaka is leaving IMG after six years, according to Sportico. And, with the assistance of her agent, Stuart Duguid, she is launching her own sports agency, ‘Evolve.’

“I’ve spent my career doing things my way. Even when people told me that it wasn’t what was expected or traditional,” Osaka told NPR. “Evolve is the natural next step in my journey as both an athlete and businesswoman,”

Evolve, however, is not the Olympic athlete’s first venture.

Naomi Osaka launched her skincare line, KINLÒ, in 2021. She also launched her Play Academy program, which aims to empower girls and young women through sports, in 2020.

“We believe that all kids — especially girls — deserve a chance to play. No matter where they come from or what they look like,” Osaka previously told PEOPLE in 2021. “The more we provide girls with opportunities to get active, the more opportunities we are giving them to become leaders in their communities.”

She tweeted a collection of clips from her earlier playing days. In it she discussed her career goals, with the caption “Hey kid, you’ve come a long way. And even though there’s been some bumps in the road, I hope you know you’re doing amazing.”

Not only is Osaka one of the highest-paid female athletes in the world, but she’s also an outspoken and well-liked advocate for mental health.

The four-time Grand Slam champion opened up about her personal struggles with anxiety and depression in an interview with SELF for their May issue in honor of Mental Health Awareness Month. She told the magazine that after she voluntarily withdrew from the French Open last year, other athletes began telling her their stories.

Osaka made headlines after withdrawing from the tournament. She also cited the need to prioritize her emotional well-being in a lengthy Instagram announcement. According to Osaka, the reaction to her announcement surprised her.

“After I opened up about my struggles … I spoke to a lot of athletes that told me they too had quietly been suffering,” she said.

“I feel comfortable in who I am and where I have come from,” she later told the magazine. “There have been ups and downs and I wouldn’t change a thing, which really helps to give me inner peace.”

Osaka founded Evolve with the help of her agent, Stuart Duguid, who has also left IMG. Both will have equity stakes in the new company, and there are currently no outside investors.