Naomi Osaka Won The US Open While Campaigning For Racial Justice

Before every game she played on her way to silverware in New York; Japanese-Haitian tennis superstar Naomi Osaka did not spare the Ingrahams and Trumps of this world the spectacle of wearing the names of seven slain African-Americans on her face mask. They were the names of those whose cases have become unfortunately easy examples of justice delays and denials.

Apart from Ahmaud Arbery and Trayvon Martin, the others on Osaka’s masks are a part of the curiously numerous Black lives; felled by the police in the line of “law and order”. Surprisingly, the issue has been dragged on for several decades; sometimes by the sheer force of callousness; about whether the deaths of Black people in the hands of the police should require careful attention.

But this is not a piece about the callousness of the unwilling or apathetic refuge. This is about the symbolism of winning at two things that are likened to oil and water.

The false dichotomy that says one has to choose between getting on with the game or standing up for some higher value is intentionally imposed by the refuge seekers to drown the cries of the wronged. All you have to do is to pay attention to the fact that the refuge seekers often find no problems with the politically-tinged activities of soldiers and politicians and flags and anthems at sporting events.

Most people who understand and support the cause Black athletes commit themselves to would have still welcomed a Serena Williams win at the Billie Jean King Tennis Center. But it was the introverted 22-year-old who managed to pull two feats.

Why is winning while wearing memorabilia that important? The first thing to note here is that Naomi Osaka eventually rubbished those concerns that her mind could have been divided between tennis and politics. This was a personal triumph, a result of mental toughening built over the last four years.

Often, Black celebrity and wealth status comes with the unspoken but expected need for one to be a communal individual – to “give back”. The logic of this dictum is solid; the oppressed must look out for each other and stand together.

But from the sidelines, we underestimate or plainly overlook the pressure individuals have to deal with living for themselves and for their people. More legendary names than Osaka’s flatly refused to heed to the communal call, not least among them, Michael Jordan.

Jordan once said “Republicans buy sneakers too” so that he would not have to support a Black Democrat to the Senate. In the recent documentary Save The Last Dance, he confessed that at the height of his career, he did not feel the need to be an advocate for people who looked like him, and that’s well within his right.

It was all about him and the basketball he played. But when we remember the rugged individualism America celebrates, it may be hard to prove that self-centeredness constituted a moral deficiency on the part of Jordan.

There are even others who would argue that Jordan became who he is now partly because he was not distracted by social justice campaigns. This is a capitalist reality and that argument makes perfect sense.

But somehow, to many, many Black people, Jordan is still not fit to tie the shoes of Kareem Abdul-Jabbar. And those who feel this way have good reason to.

For the successful Black athlete or other professionals in the United States, there are very real damned-if-you-do and damned-if-you-don’t possible outcomes with regards to social justice. The fine line Osaka walked is a very faint line.

To the two polar crowds, two distinct lessons were taught by Osaka’s victory. Those who felt she was throwing away a sporting chance were proven wrong; Black people including Michael Jordan-wannabes who believe social justice and sporting excellence are at odds were also proven wrong by a young woman who was not alive when Space Jamcame out.

But there were still those who said she did it for the attention. Those trolly-type digs were quite abundant on Twitter but when former Australian tennis star Rennae Stubbs said in an interview with the player that she had been trying to guess whose name Osaka wore next, the feeling that Osaka’s campaign was a performative fad was inadvertently laid bare, globally.

It was as if to say, “Hm, there are so many victims of police brutality I wonder whose name you’re gonna wear next.”

Stubbs still maintains her comment did not come from a bad place and added that “if you know me you would know that”. While it is believable that Stubbs had no ill-intent, the benefit of that doubt only reinforces the need for conversations on racial justice to go further than face masks because Stubbs’ comment was tone-deaf.

Osaka’s mask activities revealed the latent tone-deafness among some in the crowd to whom she largely aimed her message. We cannot deny that white westerners were largely the target of the global appeal – or protests if you like – that ensued in the aftermath of George Floyd‘s death. 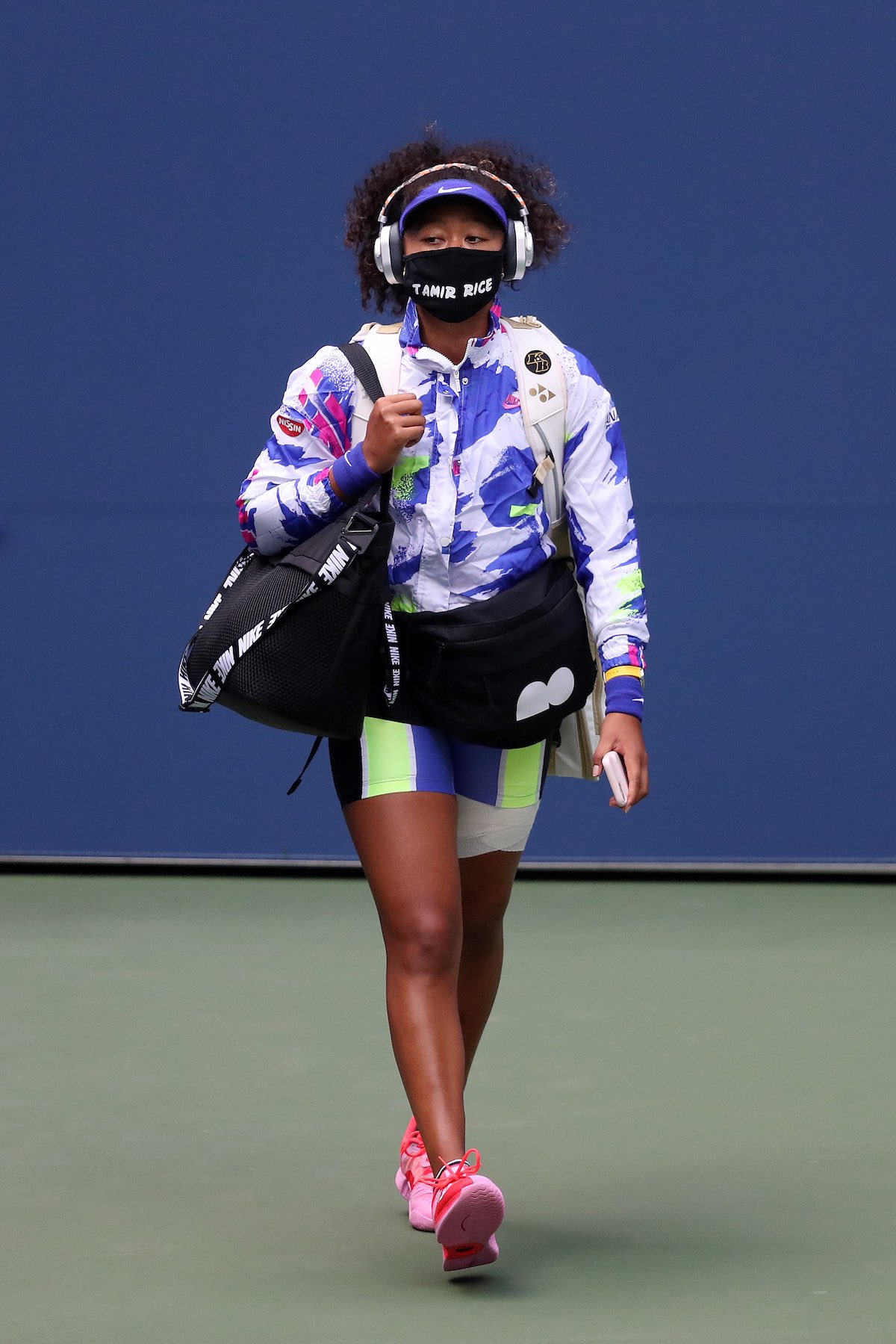 Osaka’s victory is also an addition to the rich tapestry of Black people winning while Black. Think about the earth-shattering disappointment Jesse Owens left with Adolf Hitler in 1936 when Owens showed deluded Germans that Black people are not sportingly inferior.

Or Tommie Smith and John Carlos punching the Mexico City night sky in 1968 with that famous Black Power salute. The recent strike by NBA teams to force their owners to take Black lives seriously falls within this vein, too.

We are thankful that another Black woman other than the Williams sisters is now out there on the court. We are even more gladdened that this successor wears her Black with pride.