NBA Star Giannis Antetokounmpo, Announces That Nigeria Is In His Blood 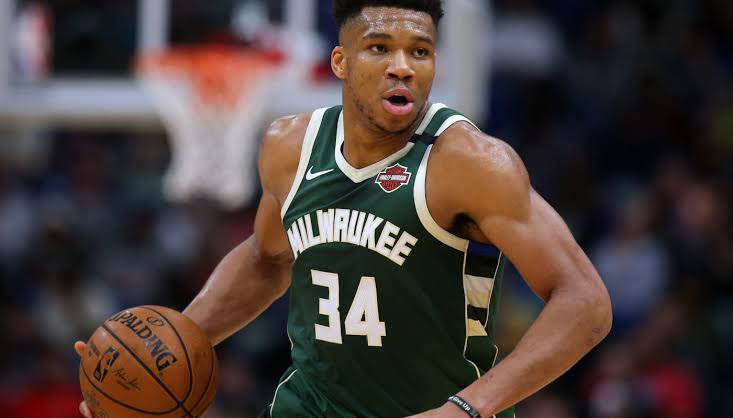 Born in Greece to Nigerian parents, Giannis Antetokounmpo began playing basketball for the youth teams of Filathlitikos in Athens. In 2011, he began playing for the club’s senior team before entering the 2013 NBA Draft, where he was selected 15th overall by the Bucks. Antetokounmpo’s combination of size, speed and ball-handling skills led to his nickname the “Greek Freak“.

Although Giannis is officially recognised as a Greek and also represents the country in basketball; The 24-year-old who has rarely talked publicly about his Nigerian roots reveals in a recent interview that he grew up in “a Nigerian home,” hearing his mother’s native language Igbo and enjoying Nigerian food, culture and music.

“They call me ‘The Greek Freak’ and a lot of people support me and all that [in Greece]. A lot of people don’t know that I love my Nigerian side,” the Milwaukee Bucks star told The Undefeated.

The minute I go back home and walk in — my mom is Nigerian, I don’t have Greek in my house, so a lot of Nigerian people reaching out to me — was amazing. It made me feel welcome, so that was nice.”

Fans from both countries have often tried to make Giannis choose between two countries but the NBA star says he hates that.

“It’s not a competition. I kind of hate that. I really do hate that,” Antetokounmpo said.

“My parents are Nigerian. When I go back home, it’s Nigerian. Nigeria is in my blood,” he also said.

“But I was raised [in Greece] and I was born in Greece. I’m both. … Just to be arguing about it, that’s silly and that’s dumb. In my opinion, it has to be accepted that a guy can be both. He can feel both.”

The Nba Star also reveals that he is planning a homecoming trip to Nigeria to meet family members and will shoot a documentary about it.

“We got things we got to do as a family with [my brothers] and my mom,” Antetokounmpo said, We going to go out there; go through our village and kind of [tape] a small documentary of us going there and seeing where my dad grew up, where my mom grew up,we have a lot of family back home.

Giannis in October 2019 revealed that he has gotten his Nigerian passport and that understands little Igbo, the language of the Igbo tribe in Nigeria where his mother comes from.