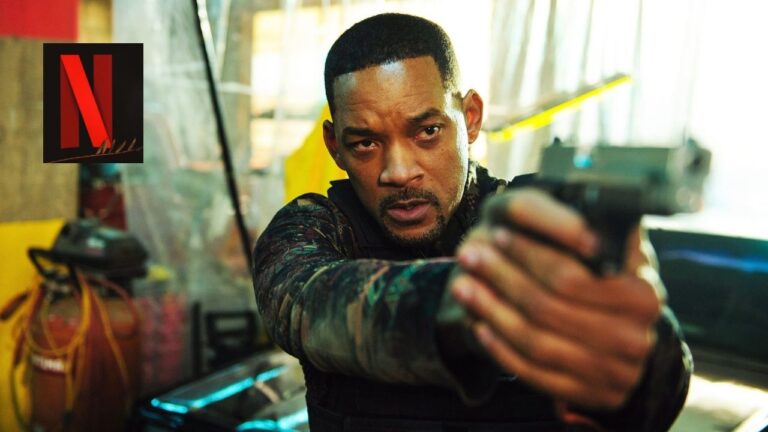 After Will Smith smacked Chris Rock at the Oscars, Netflix has canceled the sequel to his 2017 action flick ‘Bright.’

According to a Bloomberg source, the streaming giant has canceled the actor’s 2017 sci-fi action movie ‘Bright,’ directed by David Ayer.

His National Geographic nature series, ‘Pole to Pole,’ which was supposed to begin production in three weeks and would have followed the 53-year-old actor to the North and South Poles, has been postponed until fall 2022, according to the news site.

The abrupt cancellation of ‘Bright’ is unrelated to the ongoing drama involving Smith, who made global headlines after smacking  Chris Rock during last month’s Academy Awards show.

Other projects Smith had lined up that have been slashed include a Sony film that has been postponed and another Netflix project for the ‘Fast and Loose” franchise.

After David Leitch quit the picture before the Academy Awards, Netflix was in the process of hiring a replacement director.

‘Bad Boys 4,’ a Sony picture that had begun pre-production prior to the awards presentation, was also placed on hold.

Smith had resigned from the Academy of Motion Picture Arts and Sciences since the March event.

The Academy issued a statement banning Smith from attending or participating in any Academy event or program.

The statement read in part, ‘The Board of Governors has decided, for a period of 10 years, from April 8, 2022, Mr. Smith shall not be permitted to attend any Academy events or programs in person or virtually.”

‘We want to express our deep gratitude to Mr. Rock for maintaining his composure under extraordinary circumstances,’ the organization continued. ‘We also want to thank our hosts, nominees, presenters, and winners for their poise and grace during our telecast.’

Chris Rock, 57, made a joke about Will Smith’s wife, Jada Pinkett Smith’s shaved head while presenting the Oscar for Best Documentary at the Kodak Theatre in Hollywood.

The actress has been open about her alopecia struggles, and she didn’t laugh at the joke in which he compared her to Demi Moore’s shaved head look in the 1997 film G.I. Jane.

In the film ‘King Richard,’ Smith earned Best Actor for his depiction of Richard Williams, the tenacious father who nurtured tennis champions, Venus and Serena Williams.

He defended his on-stage meltdown in his victory speech, but he didn’t mention Rock while apologizing for his physical outburst during his address.

Smith began his address by saying, ‘Richard Williams was a fierce defender of his family. He continued: ‘I’m being called on in my life to love people and to protect people and to be a river to my people,’ he said, in part.

‘Art imitates life,’ Smith added. I may look like the crazy father, but love will make you do crazy things.’

Rock opted out of filing a police report. ‘If the involved party desires a police report at a later date, LAPD will be available to complete an investigative report,’ police said in a statement.

During his sold-out comedy concert in Boston, the comedian broke his silence regarding being slapped by Smith, telling the audience that he was “still processing what occurred that night,” before promising to “speak about that s***” at a later date.