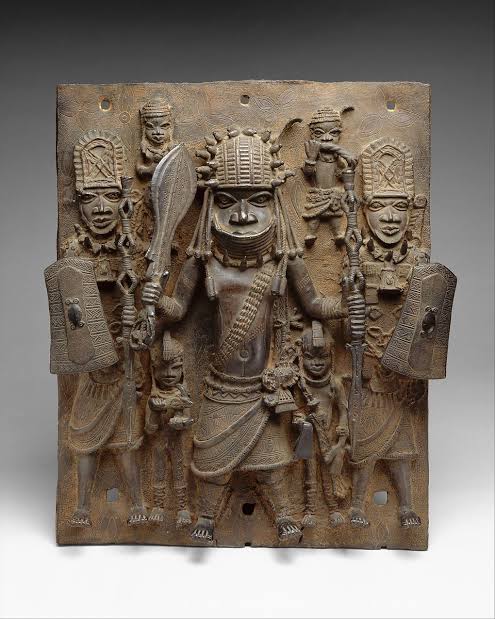 Three pieces of art looted by the British military from the Benin Kingdom in the late 19th century will return to Nigeria; from The New York Met (Metropolitan Museum of Art) as part of a broader effort among museums to return art taken from the country.

The Met’s move follows those of museums in Europe which have also recently returned art to Nigeria.

CNN reported that two of the pieces, a pair of 16th-century Benin Court brass plaques called; “Warrior Chief” and “Junior Court Official,”; were given to the museum in 1991 from an art dealer named Klaus Perls and his wife Dolly.

Another piece, a 14th-century “Ife Head,”; was offered to the museum by another collector.

The Met conducted research alongside the British Museum; which included input from the Nigerian National Commission for Museum; and Monuments, and decided it would be best to return the pieces.

The director general of the commission, Abba Isa Tijani, praised the move in a statement.

“We sincerely appreciate the transparency exhibited by the Metropolitan Museum of Art; regarding issues leading to the return of these objects,” he said.

The plaques were originally part of a 153-piece collection of African royal treasures given to the museum by the Perlses 30 years ago. The treasures included; carved elephant ivory, jewelry, masks, musical instruments and brass figures.

Mr Perls told The New York Times in 1991 that his collection of African art developed somewhat by accident over the years.

The New york Met said that the plaques were taken from Benin Royal Palace in present-day Nigeria in 1897 by British military forces. They then entered the British Museum’s collection.