NFL Says They Have Moved On From Colin Kaepernick 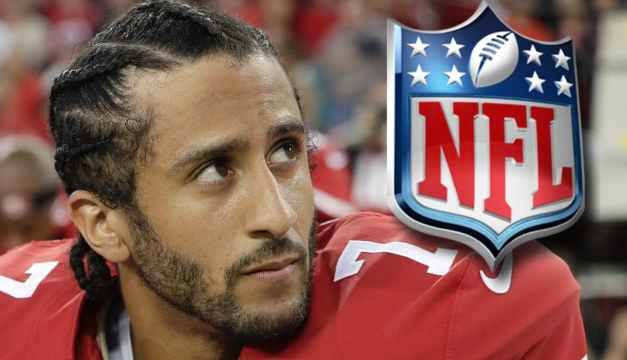 NFL May have proved Colin Kaepernick right based on the recent statement from the football body.

Recall that we previously reported the various Drama and controversy that has trailed the former Quaterback ever since his kneeling protest against Injustice meted out on Black people.

Last month, a work out was arranged. The work out was said to be a sham as certain theories were pushed forward in the news concerning the real motive of the NFL concerning Kaepernick. Colin also changed the initial venue of the work out and insisted that the media be present during the work out. An action that didn’t sit well with the NFL.

According to Fox News, “Speaking to reporters at the league’s winter meetings in Irving, Texas, Roger Goodell addressed last month’s scheduled Kaepernick workout for NFL teams – an event that all but collapsed when Kaepernick decided at the last minute to relocate it away from the facility he and league officials had agreed upon—“This was about creating an opportunity. We created that opportunity. It was a unique opportunity, a credible opportunity,” Goodell said, according to Reuters, “and he chose not to take it. I understand that—We’ve moved on,” the commissioner added, suggesting that the league was finished considering Kaepernick for future workouts or team roster openings.

Any chance free agent quarterback Colin Kaepernick had of returning to the NFL has likely passed, according to comments Commissioner Roger Goodell made Wednesday.

We do not know if this is a ploy to shut Colin Up, but we do know that we stand with Colin Kaepernick, and we are happy he is still cashing out, especially on his latest deal with Nike.