Nick Cannon Thanks Nigeria’s Super Star, Davido For Coming On His “Wild ‘N Out” Show 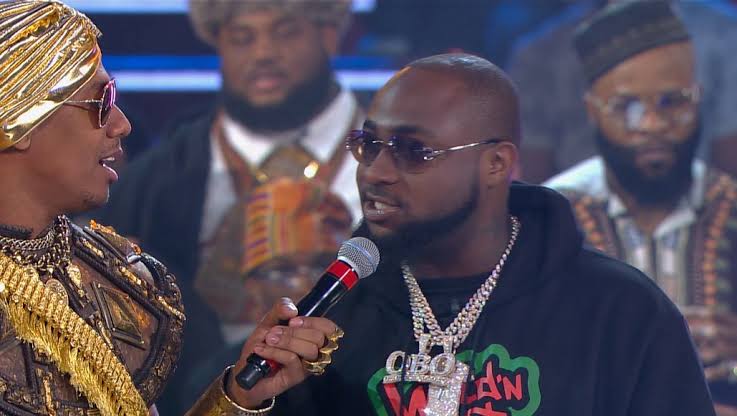 Nigerian Super Star Davido, has been much anticipated on Nick cannon’s Wild ‘N Out show. Finally, Davido shows up and turned up the whole show with mother land vibes.

Guests present showed excitement as the singer performed making the show unforgettable. In appreciation, Nick Cannon, via the show’s official account to thank him for his incredible performance. He wrote “Shoutout to @davido for coming through and performing this hit ‘Fall’”

In the teaser video which was released on social media by Wild ‘N Out account, Davido takes the stage with the Black team who promptly performs a freestyle loosely based on Davido’s 2017 hit, “Fall”.

The highpoint of the performance was when Davido treated the audience to some of his dance moves.

Nick Cannon Presents: Wild ‘N Out is an American sketch comedy and improve television series created and hosted by comedian Nick Cannon. The series delivers lightning-fast improv and head-to-head battles. The show features teams facing off in a series of visceral, hip-hop-edged comedy showdowns, all culminating in a rap battle for the championship belt.