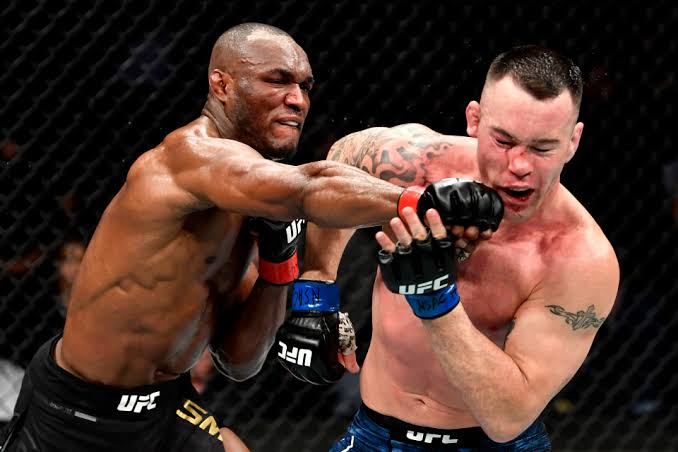 Ahead of the match, Colby Covington, a devout trump supporter and MAGA enthusiast boasted about bringing the championship belt to the White House.
He even mocked and made fun Usman’s Nigerian heritage, asking “What has [Usman’s] family ever done for America beside serve in the Federal penitentiary?” Unsurprisingly, the fighter garnered the full support of the president and his white supremacist following.

Well, The Nigerian nightmare promised to make Colby feel “the wrath of every immigrant in this country,”. He made good of his promises and he smashed Colby’s jaw and won the championship belt after knocking Out Covington, an over-confident Trump devotee.

After his 4:10 knock out win at the fifth round, Usman Addressed the press thus; Let’s be honest. I’ve said it time and time again: I’m more American than him. I am what it means to be an American. I’m an immigrant that came here and worked my ass off tirelessly to get to the top, and I’m still prevailing. So that’s what it means to be an American.


I don’t have to walk around like a punk and say these certain things that are going to abuse the whole country or abuse the whole world and talk about people and religions — things like that. I don’t have to. I’m going to walk with integrity because at the end of the day, I want everyone that’s watching me, every eye that’s on me, to look at me and say, ‘You know what, that’s what we want to be, that’s the example that we like.’ And so, I’m more American than him. So, when they were chanting ‘USA,’ you damn sure better believe that was because of me. 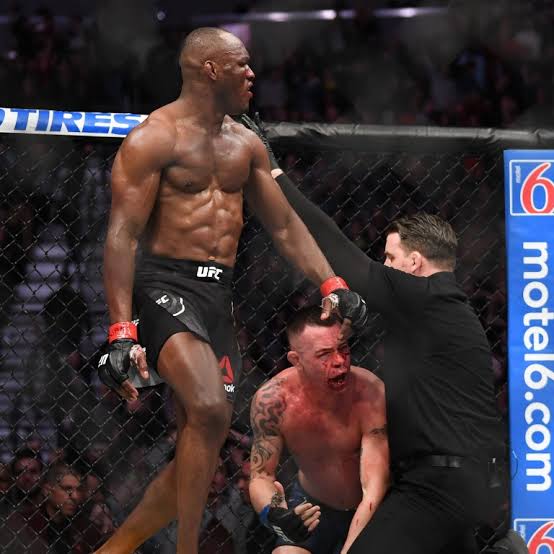 Things are even worse for Colby Covington who has remained a sore loser. He has been blaming the referees of the match for his defeat. Fans on social media have decided to add to his misery by making fun of his broken jaw.

Well, it is really a great time to be alive and black. Racists are feeling the heat of black power and excellence.