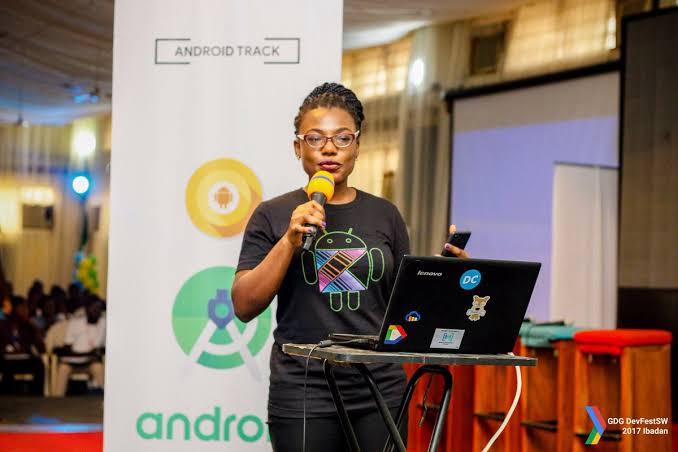 It’s time for Africa. It is the time that the world is getting to see the greatness inherent in every Afro person. As such, A Nigerian lady, showcases the “African time”; by building a watch that tells the time in Yoruba language. 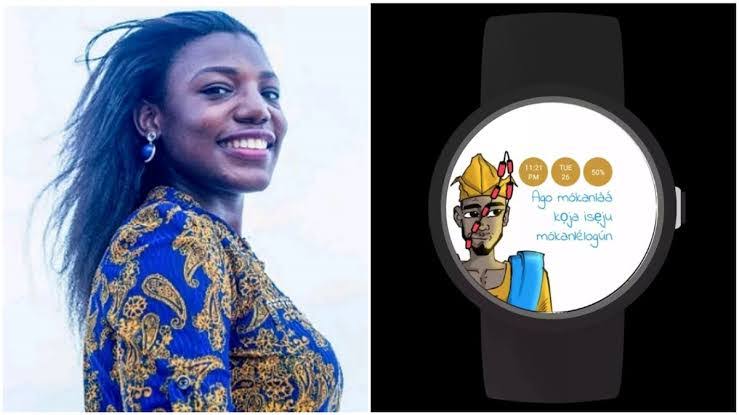 Moyinoluwa Adeyemi, is a software developer. She has achieved a milestone by building a special android watch that tells time in her indigenous Yoruba Language. She got a degree in computer science from Obafemi Awolowo University, Nigeria and now a software engineer at Swifta Systems.
According to Moyinoluwa, the idea to create the watch came on a Friday evening when she looked at the clock; and thought about the possibility of it telling time in Yoruba. Before she came up with the idea, Moyinoluwa had to do extensive research before birthing one of the Yoruba Watch Faces models.

It should be noted that the Yoruba Watch Faces is a collection of watches that are built in a popular local Nigerian dialect.

The illustrations for the watches were created by @TheVunderkind; where they portray a man and a woman in traditional Yoruba attire.

Moyinoluwa, who is also an google expert for Android, was celebrated by her Alma mater in a Facebook post.

The Yoruba watch faces App, is available for download at the google play store.