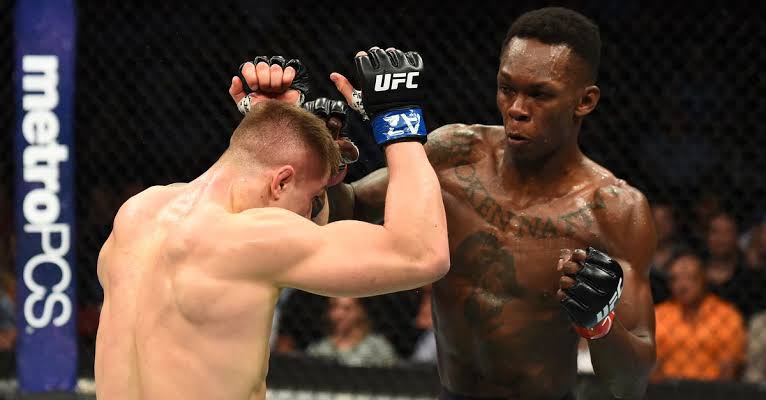 Israel Adesanya also known as the Stylebender has again demonstrated his excellence to the world; by retaining the middleweight title at the 263rd episode of the Ultimate Fighting Championship.

The Champ defeated his Italian opponent, Marvin Vettori to win the title in a unanimous decision. The three judges scored the champ 50-45, 50-45, 50-45.

The fight which was held at Gila River Arena in Arizona on Sunday June 13th, 2021 represents a rematch of the first meeting; between the two which occurred some three years ago in which Adesanya won with a split decision. 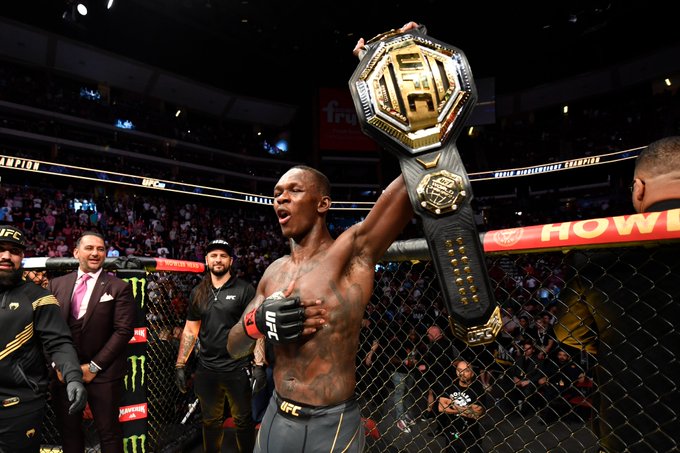 In the campaign leading to the fight, Vettori was so confident in winning due to the close results recorded during the 2018 fight. The Italian believed he won that fight even though the judges clearly scored Adesanya ahead of him.

Vettori, who was very vocal in the pre-fight interview went into this fight with so much hope; however, the resilience and well-calculated strikes from Israel Adesanya were too good for him to prove his strength.

The Stylebender dominated throughout the game, landing his second with over his opponent. This win means the Nigerian has successfully defended his title for the third time and also remains undefeated in this division.

Renowned as one of the best strikers in the division, the 31-year-old landed several leg shots and jabs; as he dimmed Vettori’s dream of becoming the first Italian UFC champion.

Vettori had only a few successful moments in the fight, scoring with a handful of takedowns; but Adesanya showcased improved grappling skills as he escaped back to his feet every time; including spinning out of a rear-naked choke attempt to end up in top position. Outside of those fleeting moments for Vettori, the fight was all Adesanya’s as he worked Vettori over with a steady dose of leg kicks.