Nike Honors Tennis Star, Serena Williams By Naming A Building After Her 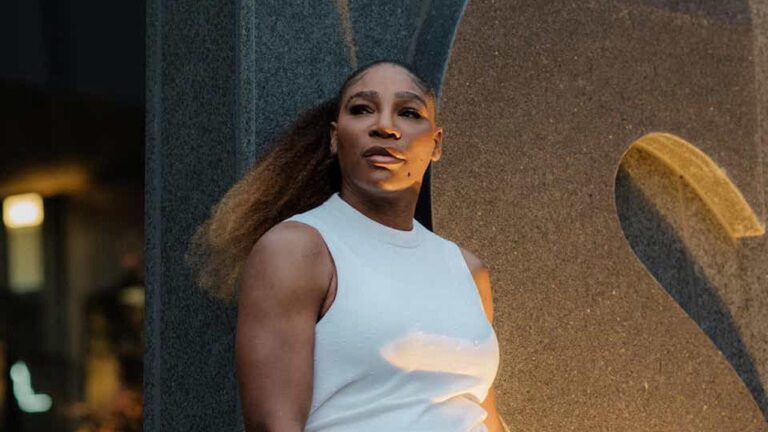 At the age of 21, Serena Williams, signed a multimillion-dollar, multi-year contract with Nike in 2003. Now, almost two decades later, Nike is honoring Williams’ rich legacy by naming a new building at the Nike World Headquarters in Beaverton, Oregon, after her.

An honor that only ten other athletes in sports history have shared, including Michael Jordan and LeBron James.

Williams’ name is displayed in large capital letters for all guests to see, serving as a lasting reminder of her greatness.

Three abstract digital-motion pillars face the building’s lobby, representing the dynamic and versatile energy that has fueled Williams throughout her career.

At the front desk, there are glass cases containing memorabilia from her previous tournaments.

Each glass pillar represents Serena’s 23 Grand Slam victories, which are organized by tournament: Wimbledon, US Open, and so on, because she has always been as passionate about asserting her unique identity through her style as she has been about showing off her skills.

Nike included the bedazzled denim jacket she wore to her first meeting with the company to demonstrate her love of style and fashion, as well as the iconic cheetah print outfit she wore in 2014 for the US Open.

The structure also has three wings (Phenom, Warrior, and Muse), which are linked by the main tower.

The Wimbledon restaurant is located at the top of the tower, and guests are treated to a breathtaking view of Nike’s sprawling campus from the observation deck.

Williams is more than just a tennis player; she is also an entrepreneur and fashion enthusiast, and this structure is another symbol of her ongoing legacy.

The Serena Williams Building is significant because it continues to demonstrate to other Black women that we are capable of greatness and that we should never give up when it comes to setting personal goals for ourselves.