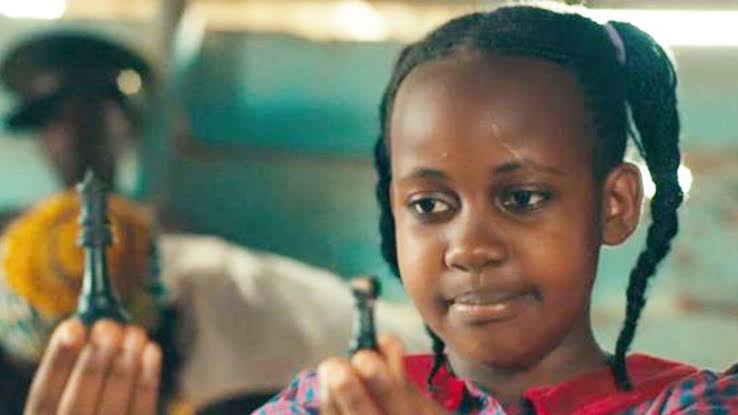 Nikita Pearl Waligwa, the young Ugandan newcomer who starred in “Queen of Katwe,”; the 2016 Disney film about a chess champion’s coming of age, has died of brain cancer. She was 15.

Gayaza High School, announced the death of the Queen of Katwe Star, on Sunday; an all-girls boarding school outside the Ugandan capital of Kampala where Nikita Pearl Waligwa had been a student.

She was first diagnosed with a brain tumour in 2016; and Queen of Katwe director Mira Nair reportedly mobilised people to help fund her treatment in India. With Ugandan doctors quoted as saying they did not have the necessary equipment. Though, she was given the all-clear in 2017 and went back to secondary school. However, she was found to have another tumour, last year.

In the movie Queen Of Katwe, Nikita Pearl Waligwa played Gloria, a friend of the protagonist, Phiona Mutesi; played by Madina Nalwanga.

As a result, Phiona becomes a chess whiz with help from Gloria and under the tutelage of Robert Katende, played by Mr. Oyewolo.

Queen Of Katwe was directed by Mira Nair and starred Lupita Nyong’o, an Oscar winner for “12 Years a Slave,” as Phiona’s mother.

The funeral service for Waligwa held on Sunday, and her burial holds on Monday.