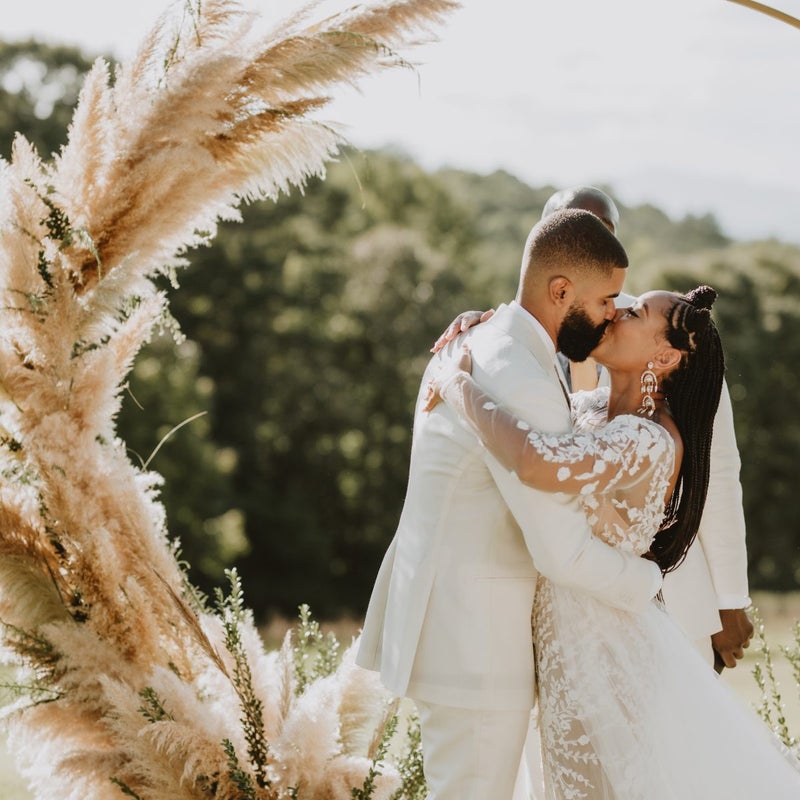 “Months later, he reached out and asked if I knew of any art openings in the area,” says Rosco. “It was about 10 pm at night when he texted. Since he worked as an editor at a magazine for the books and arts section, I knew that it was just his way of asking me out. Soon after, we went on our first date to the Lowline Lab in NYC and it’s been magic ever since.” 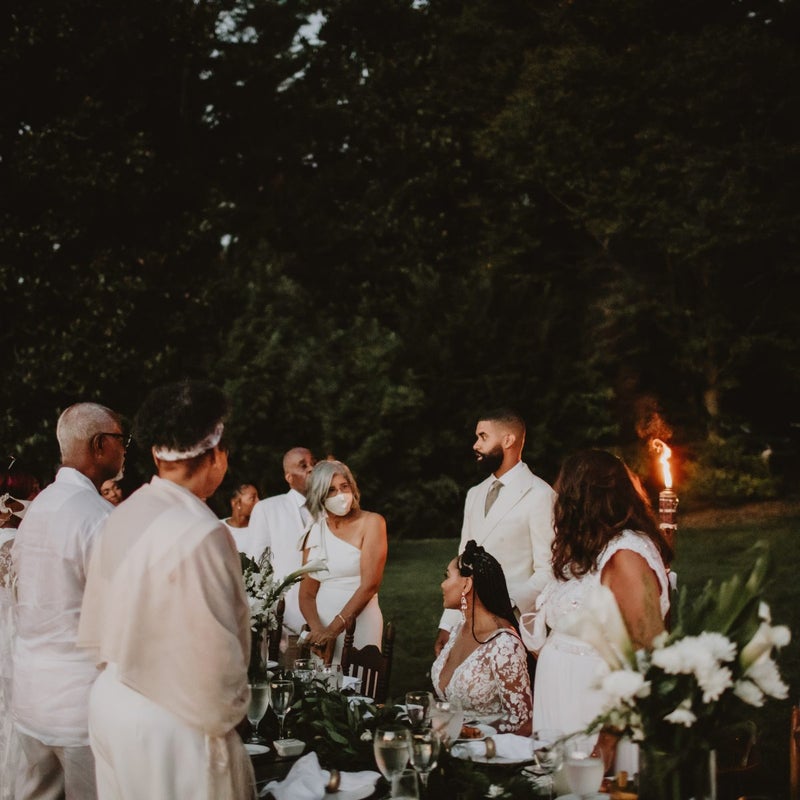 The couple’s original guest list included 200 people, but unfortunately had to downsize due to the COVID-19 pandemic. In the end, 24 of their closest family and friends were there to witness their epic ceremony. Since the bride, groom and many of their friends are all creatives, they were able to flawlessly bring their ethereal wedding decor to life using elements they’d foraged themselves. “My husband and I are both obsessed with nature,” says the bride. “We knew that we wanted to have an outdoor ceremony and our venue had the perfect backdrop that only nature could create.” 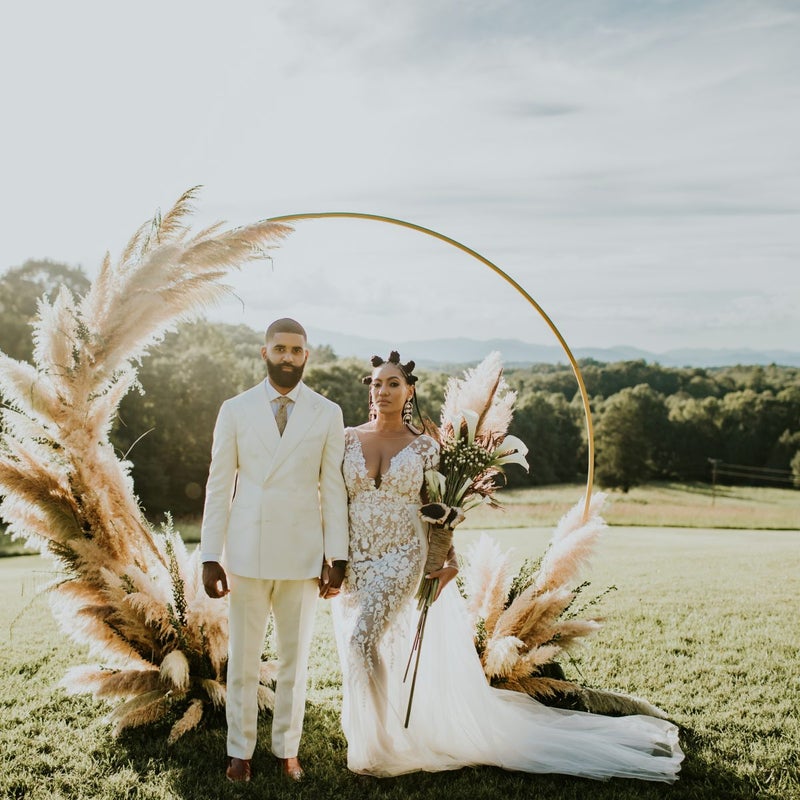 When asked how he knew Rosco was the one, the groom told ESSENCE, “I don’t think there was any single, lightning-strike moment. Instead, there were a lot of smaller moments, spectacular in their own ways, that amounted to bringing us closer and making me feel secure in our relationship and in our future together.” 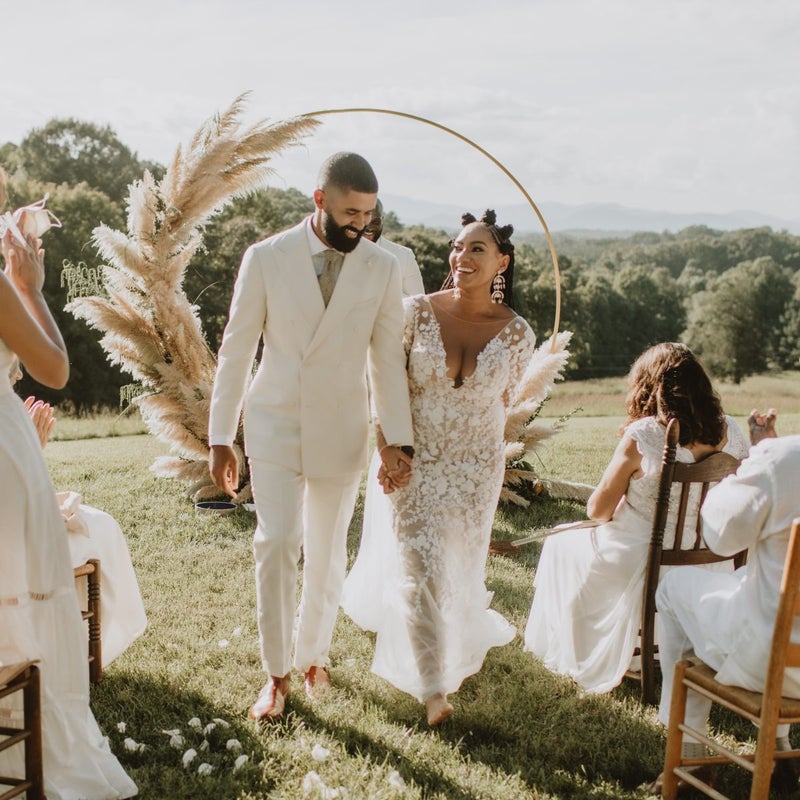 Being a bride felt AMAZING,” says Rosco. “I never really get dressed up, I rarely get my hair or makeup done, and I for damn sure don’t like being the center of attention. I think that only having our immediate family with us may have helped, but I felt so relaxed during the day.” 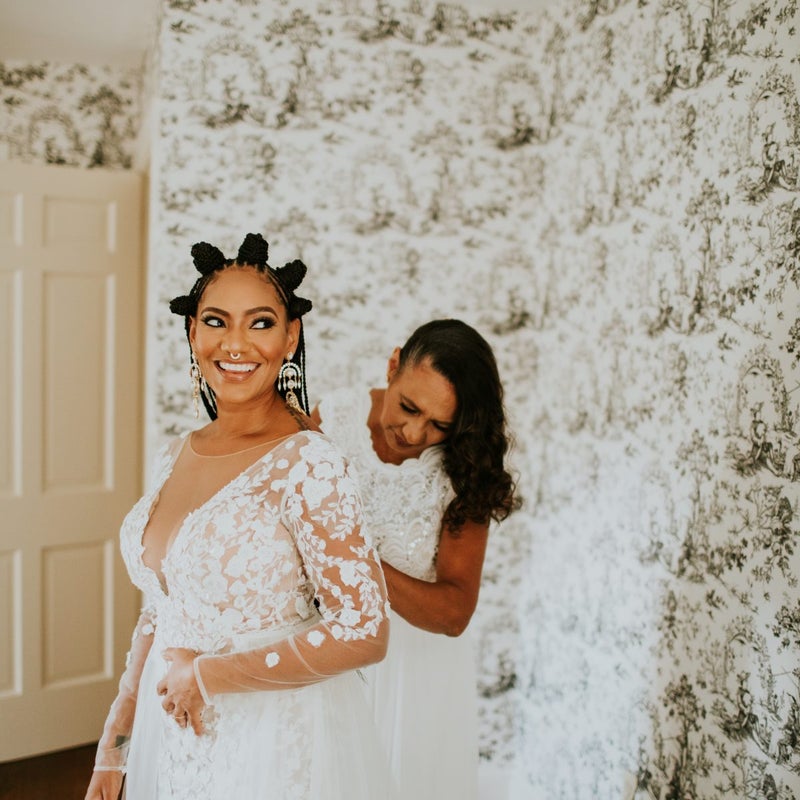 “I learned how special a small and intimate wedding can be. we had our close family with us, a couple of friends, and it felt so perfect,” says the bride. “I learned that things may not always go as planned but living in the moment and appreciating every second along the way helps a ton.” 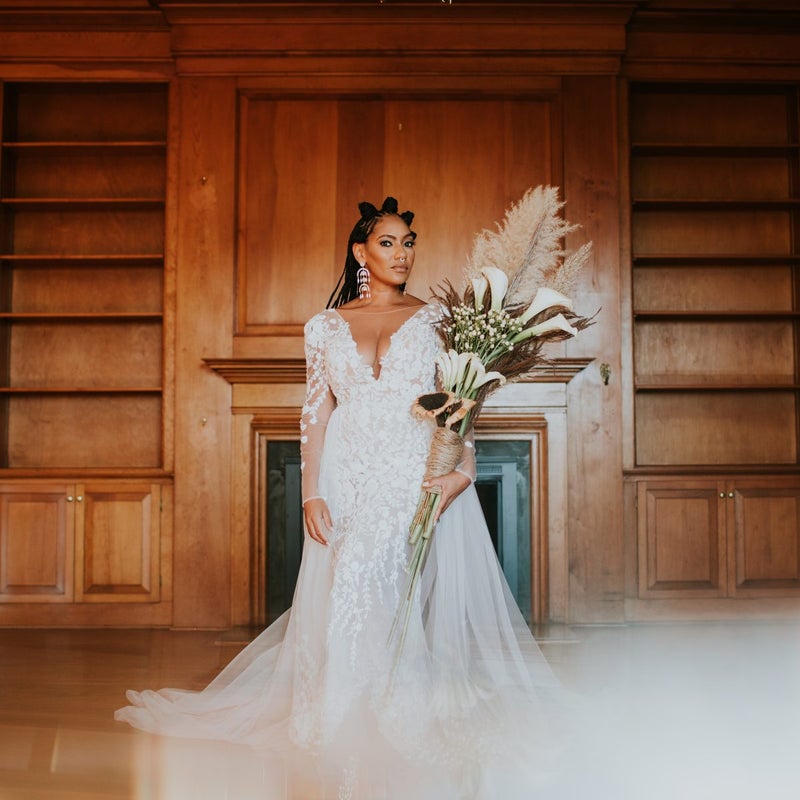