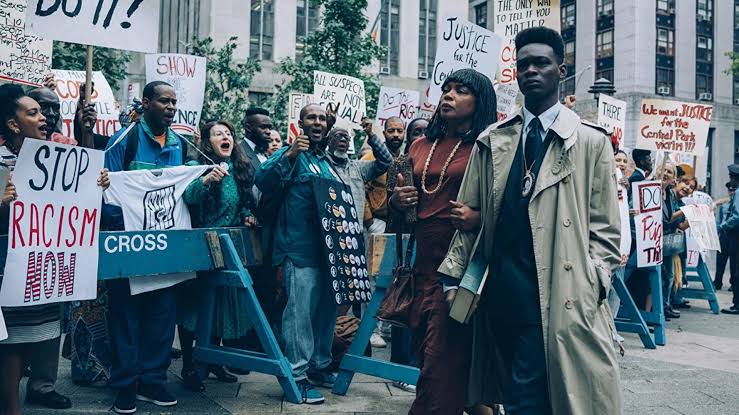 The 77th annual Golden Globe Awards has come and gone but the stamps of racist organizing remains. The award was held on Monday the 6th of January 2020 amidst heavy sidelining of black folks. Indeed, the only thing whiter than Monday’s award is Billy porter’s outfit to the Ceremony.

The red carpet was equally as short on black talent. The Root staff writers Tonja Renée Stidhum and Ray Connor reportedly spent hours searching high and low for a black face to talk to.

Several phenomenal black works like, when they see us, just mercy, see you yesterday, watchmen, were not even nominated.

The kickoff to the 2020 awards season started with a whimper, rather than a bang, and while the carpet wasn’t entirely melanin-deficient, it was definitely “unseasoned,” as The Root’s entertainment writer, Tonja Stidhum noted while covering the ceremony live on Sunday night.

The only place there were less black people than the red carpet were in the nominated categories, so if you were tuned in to this year’s show to root for our colored folks, you were bound to be disappointed.

First, there were not enough recognition of excellence black productions and now there is no single black award recipient. Black folks got snubbed from The nominations to the ceremony.

Furthermore, Hollywood Foreign Press Association (HFPA) has been accused of not paying attention to Black stories. Queen & Slim director Melina Matsoukas revealed that “We held three screenings for the HFPA and almost no members attended,”.

Seems like hollywood keeps lying about diversity. It is quite interesting that the movie Harriet Tubman which suffered backlash from African Americans due to the flawed and falsified story line, got more recognition than When They See Us that was widely accepted by the African American community.

Is it not cringe worthy, that only four people, out of all the talented creatives that put out work in 2019 were nominated. And then out of that four, not a single black personality! What could be the excuse of the Hollywood foreign press association, who are the elite judge of the Awards?

“It’s extremely discouraging. It’s extremely infuriating. And it just represents an archaic system that is full of people who don’t value us,” Matsoukas has said.

In other news, Shabba Hanks, sorry Chet Hanks the son of Tom hanks decided to speak patois on the Golden Globe Red carpet. Perhaps to make up for the lack of diversity or black people at the event.