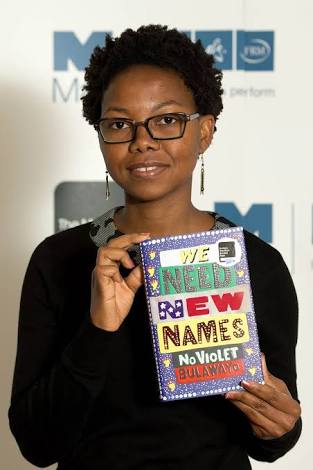 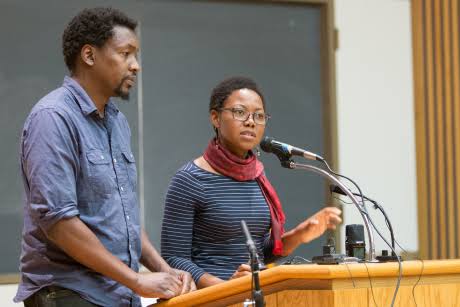 NoViolet Bulawayo’s real name is Elisabeth Tshele, the first African woman writer to be shortlisted for the prestigious ManBooker Prize.

Bulawayo was born and raised in Zimbabwe and attended Njube High School and later Mzilikazi High School for her A-levels. She completed her college education in the US, studying at Kalamazoo Valley Community College, and earning bachelor’s and master’s degrees in English from Texas A&M University-Commerce and Southern Methodist University respectively.

In 2010, she completed a Master of Fine Arts in Creative Writing at Cornell University, where her work was recognized with a Truman Capote Fellowship.

In 2011 she won the Caine Prize with her story “Hitting Budapest”, which had been published in the November/December 2010 issue of the Boston Review and became the opening chapter of her 2013 debut novel. “We Need New Names” was included in the 2013 Man Booker Prize shortlist; making Bulawayo the first black African woman and the first Zimbabwean to be shortlisted for the prize. She also won the Etisalat Prize for Literature and the Hemingway Foundation/PEN Award, among other accolades.

In 2011, it was reported that she had begun work on a memoir project. Bulawayo sat on the board of trustees of the pan-African literary initiative Writivism between 2014 and 2018 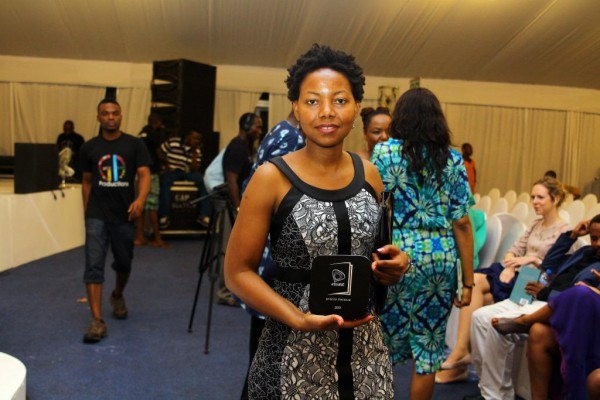 2011; Caine Prize for African Writing for the short story “Hitting Budapest” about a gang of street children in a Zimbabwean shantytown.

2013; National Book Awards “5 Under 35” chosen by a panel of past finalists and winners. Bulawayo was selected by Junot Díaz.

2013; Etisalat Prize for Literature winner for We Need New Names

Bulawayo’s work “We Need New Names” was described by Michiko Kakutani; an American literary critic and former chief book critic for The New York Times as:

“A deeply felt and fiercely written debut novel… The voice Ms. Bulawayo has fashioned for [Darling] is utterly distinctive—by turns unsparing and lyrical, unsentimental and poetic, spiky and meditative.”

NoViolet Bulawayo who loves to be called an African writer says;