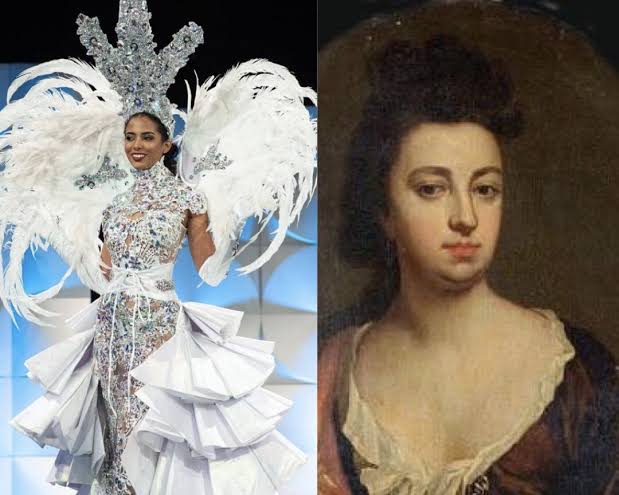 There has been so many annoying situations in this 68th edition of Miss Universe. From Namibia having a white representative, to The representative of Jamaica at the Miss Universe Pageant choosing to dress up as Annie Palmer, The White Witch Of Rosehall As a national Costume, and this has sparked various reactions.

Annie Palmer, dubbed the White Witch of Rosehall, was a white slave owner who allegedly killed her husbands and her slaves.

According to the official Instagram account, in trying to cook up an excuse for This wrong choice and disrespectful representation of the people of Jamaica, they posted the following statement in their defence…

At Miss Universe, National Costumes run the gamut from the ordinary to the extravagant. Whimsical, tongue-in-check creations are staples every year and sometimes comedy is included, even if inadvertently, but always the designs highlight an aspect of the country’s history or culture that the costume is depicting. 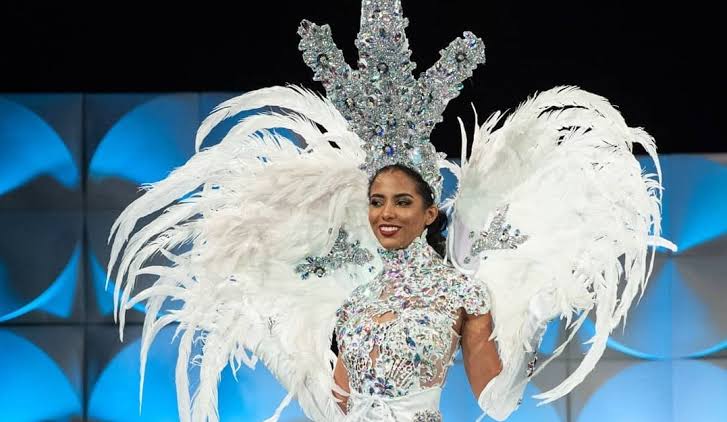 This year, because the current title winner is from Montego Bay, the Miss Universe Jamaica Organization chose to highlight a tourism icon and national treasure from the tourism capital as the theme for the National Costume and decided that the Rose Hall Great House and its legend of Annie Palmer would be the fitting story, as Rose Hall Developments was also Iana’s sponsors.

Since 2013, when Uzuri International Ltd assumed the management of the Miss Universe Jamaica Organization, we’ve sought to use the National Costume as a strong cultural and historic reference point to educate, especially young Jamaicans about our history and culture and facilitate conversation to foster greater cultural awareness and an appreciation of historical facts relating to Jamaica. We have created costumes telling the stories of our John Canoe culture, our athletes and their phenomenal achievements on the international stage, the Blue Mountains, Taino ancestry, Martha Brae; and the legend of Jamaican mermaids (the riva mumma.) With this year’s costume, we never sought to glorify slavery, nor promote witchcraft or any of the folk tales Annie Palmer has been accused of, instead, what we sought to do, as have the pantomimes, books and articles written about her, was to just tell the story of another part of Jamaican history without endorsing, glorifying or celebrating her deeds or the atrocities of slavery, and hopefully, the conversations resulting could lead to teachable moments for these same young people we were targeting, especially those who have no interest in history taught the traditional way”

As if the rubbish explanation was not enough, the official went ahead, in another post, to say this…

Obviously, we have succeeded in this mission, as more people are now talking about this aspect of jamaican history and we hope they will now be motivated to engage in further research in the topic to have a greater understanding of our past. As Marcus Garvey said, “A people without the knowledge of their past history, origin and culture is like a tree without roots.” It is fantastic that the costume has generated conversation as a talking point, let us now broaden the debate to focus on how we can create a kinder, more tolerant and respectful Jamaica. Iana Tickle Garcia, our reigning Miss Universe Jamaica has been viciously attacked on social media for wearing the costume, while representing the country abroad. This is unacceptable. She is at a critical time in her young life when at 19 years she has worked extremely hard at home and invested her time and efforts in arriving at Miss Universe to represent an entire country and she is now facing grueling rounds of competitive events, nonstop activities, she is deprived of sleep, away from friends and family and nowhere near a comfort zone and needs the support of the nation. But instead, she is being bashed, demonized and vilified. This is not the action of a civilized people and Iana does not deserve the abuse she has been receiving, so please let’s stop this and allow her to focus on competing and making us all proud as Jamaicans.

Let’s now have that conversation… One love,

A lot of people are obviously angered by this misrepresentation and disrespect and they are not holding back their feelings.

What are your thoughts on this?