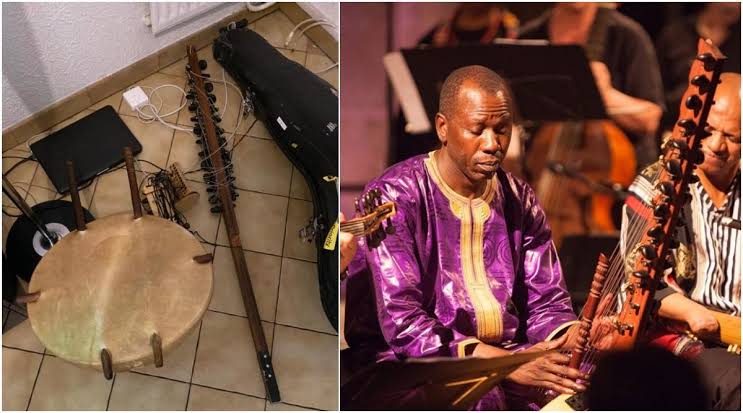 A kora is a Mandinka harp built from a large calabash cut in half and covered with cow skin; to make a resonator with a long hardwood neck. The skin is supported by two handles that run under it. It has 21 strings, each playing a different note. It supports a notched double free-standing bridge. However, the kora doesn’t fit into any one category of musical instruments. But rather several, and must be classified as a “double-bridge-harp-lute”.

The strings run in two divided ranks, making it a double harp. However, Koras do not end in a soundboard but are held in notches on a bridge, making it a bridge harp. Hence, They originate from a string arm or neck and cross a bridge; directly supported by a resonating chamber, making it a lute too. The kora is used Extensively in West Africa.

Ballaké Sissoko And His Kora

Renowned Malian musician Ballaké Sissoko is seeking answers from customs officials in the US ; after finding his kora, in numerous pieces following a US tour.

According to Ballaké Sissoko, upon arriving in Paris and opening his luggage, he found a leaflet from US customs officials which stated that they had opened the instrument’s case for inspection purposes. However, the leaflet said nothing about the disassembly of the instrument itself. 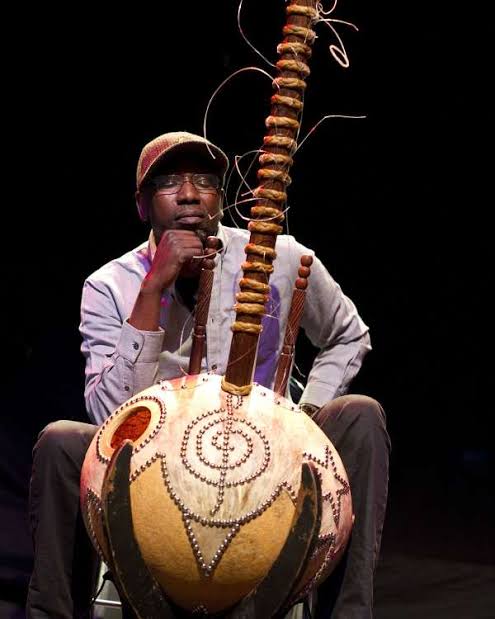 In a statement recently released by the musician, he says:

“The strings, bridge and entire, delicate and complex sound system of amplification has been taken apart. Even if all the components that have been disassembled were intact, it takes weeks before a kora of this calibre can return to its previous state of resonance. These kinds of custom-made koras are simply impossible to replace. In Mali, the jihadists threaten to destroy musical instruments, cut the tongues out of singers, and silence Mali’s great musical heritage. And yet, ironically, it is the USA customs that have in their own way managed to do this.”

Sissoko is a contemporary master of the kora who rose to fame in 1999 after featuring on fellow kora player Toumani Diabaté‘s album “New Ancient Strings”. The following year, he then released his debut solo album “Déli” which features his wife and vocalist Mama Draba, among several other musicians.

But the T.S.A. said on Thursday that the agency hadn’t opened the case holding the kora, a delicate long-necked harp lute.

“It is most unfortunate that Mr. Ballaké Sissoko’s instrument was damaged in transport,” the agency said in a statement. “However, after a thorough review of the claim, it was determined that T.S.A. did not open the Kora instrument case, because it did not trigger an alarm when it was screened for possible explosives.”

Meanwhile, many on social media have condemned the act and rallied behind the musician.

Outrage On The Damaged Kora

A decal was placed on the case to show the kora had been screened and cleared, the T.S.A. said. The case was then moved to a conveyor belt and sent to the airline baggage room so it could be loaded on the plane, according to the T.S.A.

On its website, the T.S.A. explains that it screens 1.4 million checked bags daily for explosives and other dangerous items.As a result, Most bags are not physically searched by an agent, but if a bag is opened, the T.S.A. will place a notification inside saying that the bag was opened and checked. Once the screening process is finished, the airline brings the checked bags on to the flight.