PEACE OF MIND WITH TARAJI; A NEW FACEBOOK SHOW TO COMBAT MENTAL HEALTH 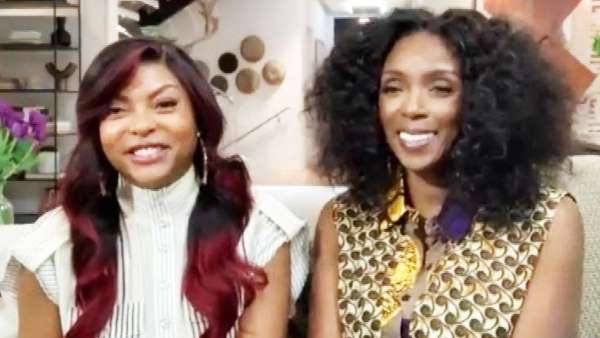 Taraji Henson is about to get seriously real about the stigma surrounding mental health, especially within the Black community.

While speaking with ET’s Kevin Frazier via Zoom, the 50-year-old actress and Tracie Jade Jenkins, explained how they plan to normalize that conversation (and many more) through their new Facebook Watch series, Peace of Mind With Taraji.

“It’s a peace of mind. It’s educational, it’s an opportunity for us show you, actually, what it looks like inside of a therapist’s room,” Henson shared. “[We hear], ‘Boy, get over it. Man up! Tough it out, strong Black woman.’ These things have been passed down, so to even talk about mental health, how do you do that when you’ve never talked about it? When it’s been taboo?”

“‘Pray it away, go talk to your pastor.’ Those things that get us into trouble that don’t allow us to heal from trauma,” she continued. “I mean, think about what we go through as Black people. Police brutality, microaggressions, not being paid equally … it’s a lot. It’s a lot to unpack, and we felt like we needed some kind of programming that you didn’t have to pay for and makes you feel safe.”

Jenkins chimed in, telling ET that the show is “meant to destigmatize mental illness.”

“Both of us are challenged with anxiety depression. So you’re talking to people or watching people every day on the show that are just like you. We’re from your same neighborhood, we have your same issues,” she explained. “We’re hoping that we can get more people interested in talking about it. Talking about what they experienced last night or on their way to work or the biases that they face every day.”

“We’re gonna hit all of those topics with the show, so that is our hope for what we’re doing,” Jenkins added. “We’ll have therapists on the show with us who can help break down the terminology. Half of it we’ve never heard or don’t understand. So there’s an education piece about this as well that we’re hoping people will take away from the show.”

The all-new series will cover a wide range of topics and will also feature appearances by some of their celebrity friends, like Jay Pharoah, Gabrielle Union and Tamar Braxton.

Of Braxton coming on following her tumultuous year in the spotlight, Henson said, “I love that she felt safe enough to come here with us.”

“Anybody that comes here, they are safe. The thing about it is, I’m not some celebrity that just slapped my name on this talk show,” she explained. “I am struggling myself, and my best friend has struggled her entire life. So we are people on the sofa, with the people we invite on the sofa.”